How did Main Street fare in July? 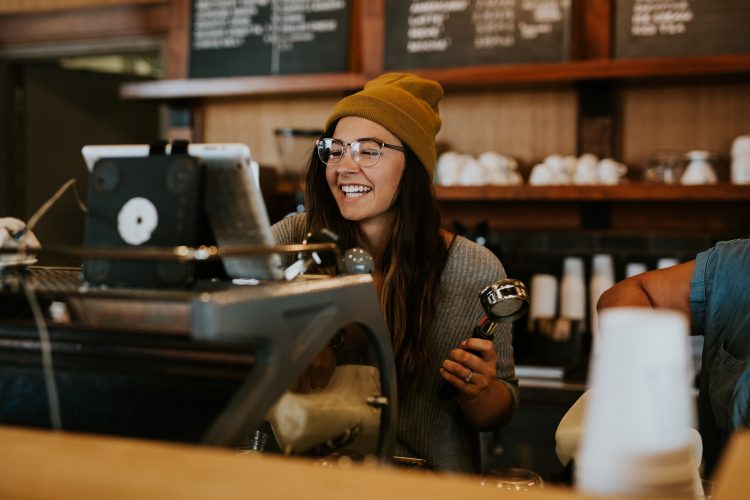 Main Street remains resilient despite the increasingly long list of challenges and countercurrents it must contend with. SMB owners and employees have an increasingly long list of challenges to contend with: Consumer prices increased at the highest rate in 40 years in June. On the employment and hiring fronts, some of the largest and most prominent global companies announced layoffs, hiring freezes, or hiring slowdowns. Consumer confidence and sentiment are lower.

Experts also now estimate a higher likelihood of a recession within the next year given the impact of inflation on corporate earnings and Fed policy imperatives. Wall Street analysts continue to reduce earnings and benchmark index estimates. Bellwether companies such as Walmart have lowered their earnings estimates citing slowing consumer retail sales. Jobless claims continue to rise and are now at the highest weekly level since November 2021. Positive news includes falling commodity prices, including for oil; lower mortgage and interest rates; and a still robust hiring market.

Our own key Main Street Health Metrics for July revealed some softening in hours worked (a reduction of approximately 12%) and employees working relative to June. However, these metrics remain higher relative to January of 2022 and compare favorably to the pre-pandemic period.

Nominal average hourly wages are up almost 10% since the beginning of 2021. Average (nominal) hourly wages in mid-June remained approximately 10% above estimates from January of 2021. Evidence from mid-July suggests that wage inflation increased moderately relative to June and has not kept up with inflation.

Maybe my current job is not so bad? Macro-economic and social forces have changed how employees regard their current jobs and alternative job options. 49% of employees surveyed in July indicated they do not intend to search for a new job in the next one to two years. This compares with 41% in January of 2022 and 39% in November 2021.

The cost of gas is the item most impacted by inflation. Food costs and rent or mortgage round out the top three categories. Consistent with CPI data, the cost of gas was cited most frequently (50%) as the category most impacted by inflation. The cost of food cooked in one’s home was ranked first by approximately 20% of employees, followed by rent or mortgage costs (approximately 13%). As one employee put it:

“I can’t afford anything. Anything. Prices are so high and I was barely scraping by as it was.”

Survey question: Which of your monthly costs have been most impacted by inflation?
Source: Homebase Employee Pulse Survey.

Most employees are concerned about a recession; they are also taking steps to prepare for one. To prepare for a possible recession, employees are building up savings (54%) and paying down debt (17%). Interestingly, however, only 5% are cutting down on entertainment (e.g., going to movies, amusement parks), eating out at restaurants (3%), or travel (<1%). These findings are consistent with recent reports indicating continued consumer strength in these categories. Finally, less than one percent of employees indicate that they are looking to switch to lower priced products/services to prepare for a recession.

Survey question: Which steps, if any, are you taking to prepare for a recession?
Source: Homebase Employee Pulse Survey.

Much like their hourly employees, most owners are concerned about a recession. A July pulse survey of approximately five hundred owners reveals the ubiquity of recession fears.

Survey question: Are you worried about a recession?
Source: Homebase Employee Pulse Survey.

Given the ubiquity of recession fears, most owners do not plan on opening new locations. Results from July 2022 resemble results from January 2022 when Omicron impacted business (planning). From June to July 2022, the percentage of owners who intend to open a new location in the next one to two years decreased by approximately 3 percentage points with a corresponding increase in the percentage of owners who indicated they do not intend on opening a new location in the corresponding period.

Survey question: Do you intend to open a new location of your business in the next one to two years?
Source: Homebase Employee Pulse Survey.

Owners’ hiring intentions for the next one to two years are changing. However, the vast majority of owners intend to hire and the overall average implies a headcount increase of 30%. Most small business owners intend to hire additional employees in the next one to two years. However, since January of 2022, a pattern is emerging where an increasing percentage of owners are either planning on making no additional hires or are planning on significantly increasing headcount. The percentage of owners who now intend to make no additional hires increased more than 37% since June and nearly tripled relative to January. On the other hand, approximately 21% of owners plan on hiring eleven or more employees.

Survey question: How many additional workers do you intend on hiring in the next one to two years?
Source: Homebase Employee Pulse Survey.

Twenty-seven percent of owners ranked the price of raw ingredients or intermediate goods as the cost that has been most impacted by inflation. The cost of gas was a close second (25%), followed by employee salary costs (18%). The cost of electricity (11%) and construction materials (6%) round out the top five. As one owner put it:

“Increase in prices for raw ingredients, supply chain issues and shortages of many items, combined with the now due payments will have a large negative impact on my business.”

Survey question: Which of your monthly costs have been most impacted by inflation?
Source: Homebase Employee Pulse Survey.

Survey question: Which steps, if any, are you taking to prepare for a recession?
Source: Homebase Employee Pulse Survey.

Call centers are there to support your back office and such areas where you may not have the expertise to excel. Sometimes, the lack of skills or lags...