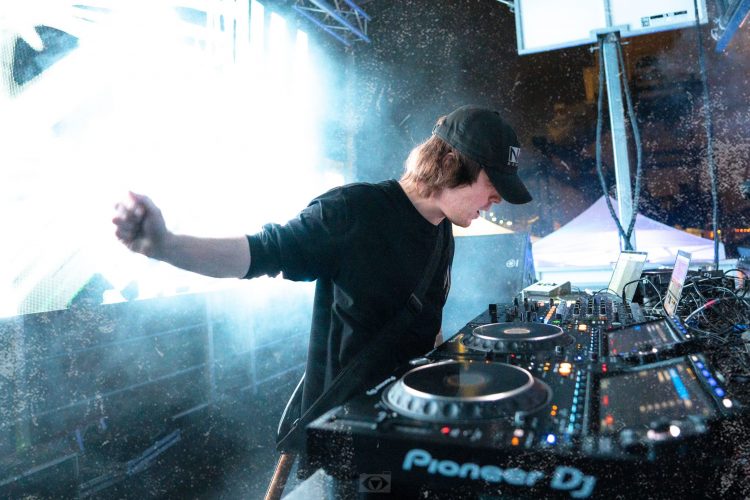 Marvel Years has continually impressed us thanks to his seamless ability to evolve artistically as well as incorporate a variety instruments and eclectic influences into his sound. The producer’s latest effort, the second installment of his Voyage Ahead EP series, is a four-track project that vibrantly illustrates the brilliant craftsmanship and attention to detail that Marvel Years puts into everything he touches. From the sweeping guitar solos to intoxicating melodies and drum programming, this EP is a beautiful piece of work and we can’t wait to hear where Marvel Years takes things next. We sat down with the man himself to ask about this as well as his EP, touring, and recent performances. Read the interview below and be sure to stream Voyage Ahead as well.

Now that Voyage Ahead Pt. 2 is finally out – what do you think this installment says about the Marvel Years project that the first EP release didn’t?

I think part 2 of this EP shows a different journey musically. I wrote part 1 during the COVID lockdown when live shows were put on hold and the thought of how the tracks would play in a live setting wasn’t on my mind as much. During the writing process of part 2 we were back to playing shows again and I think that energy translated into these songs a bit. Part 2 has a more energetic feel with some heavier bass elements that seem to really hit when played live during a show.

How has being a multi-instrumentalist influenced your craft as a dance music producer over the years? Is there a single sound/instrument that’s inspiring you the most right now?

I think it’s led me to incorporate more live instrumentation into my music more so than others in this genre. Being able to pick up my guitar and play around on some chord progressions is a big help when it comes to writing new material. My guitar is definitely the most inspiring thing I have at the moment. Any time I get into a musical “rut”, I can pick my guitar up and play around with some ideas and usually lead myself out of it.

You recently headlined a show in Denver with both a solo Marvel Years set as well as a Marvel Years Tio set with Jason Leech and Colby Buckler. Talk to us about the different vibes these two types of performances bring to the table, how would you compare a solo act versus being a bandleader in a trio?

I wanted to showcase the diverse styles and sounds of my music and I thought having both a solo set and a trio set would be the perfect way to do it. My solo set at this show in particular was more of an energetic, bass heavy set. I saved the solo set for more of my emotional/laid back songs and tunes of mine that have melodies I thought Jason and I could jam over together. It ended up being a great way of navigating through the different styles of music I have. The trio also felt more of a team effort instead of just me up there with some musicians backing me. It really was just a jam between the three of us all playing our own parts and it was really refreshing.

What can fans expect from catching you on a tour date this year? Is there an upcoming show you’re the most excited for?

I am hitting a lot of cities that I haven’t hit before this EP was finished so they can expect a lot of new music played and a totally different set then the last time I was there. I’ve been really excited about the reaction to my new sets and I’m stoked to keep evolving it throughout the year. And it sounds like a cliche answer but I am really just excited for all of them. Maybe I am most excited about my show in Chicago this Saturday the Oct. 22 because I haven’t been back to Chicago since before the lockdowns, and I was supposed to play there last year but I ended up getting covid and had to cancel. So this feels like a redemption show for me.

What’s next on the horizon for Marvel Years? Any upcoming projects or goals you can tell us about for 2023?

Lots of new music, remixes and collabs in the work. I am going to be writing a full length album which will be an evolution of my music and will essentially be kicking off the next phase of my sound, so I am really excited for that. Lots of tour dates coming in 2023 as well!

Learn About Your Customization Options in NEED FOR SPEED UNBOUND — GeekTyrant