Kidner-Cancer Treatment Side Effects: How to Cope 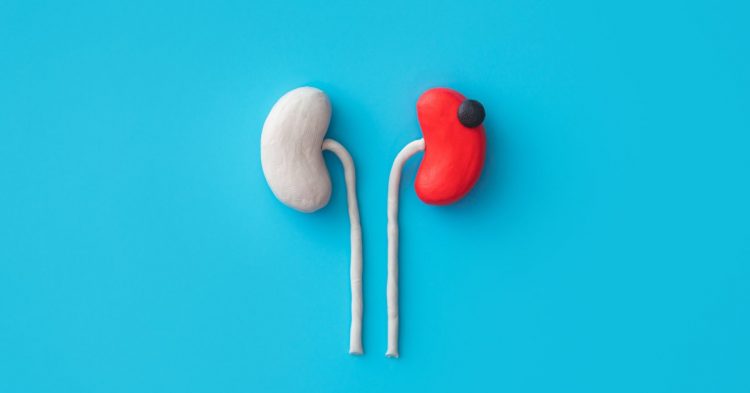 Not long ago, the treatment options available to people with metastatic kidney cancer were few and feeble. Surgical removal of the affected tissue was an effective and often durable fix for people with cancer that was confined to the kidneys. But for the roughly 30% to 40% of people with kidney cancer that spreads to other parts of the body, the prognosis was dispiritingly grim.

Fortunately, things are much different today. “Since the early 2000s, we’ve had a class of drugs called blood-vessel inhibitors, and these made an immediate impact,” says Dr. Primo Lara, a professor, clinician, and director of the Comprehensive Cancer Center at the University of California, Davis. Also known as angio­genesis inhibitors or targeted therapies, these drugs prevent the formation of the kinds of blood vessels that feed cancer cells with oxygen and nutrients. “These drugs are able to prolong life, shrink tumors, and create meaningful remissions,” Lara says.

While these new drugs save lives, they can also cause side effects ranging from diarrhea and skin rashes to fatigue and hypertension. Meanwhile, people with localized cancers have their own set of treatment-related difficulties to manage. And all kidney-cancer patients face the psychological burden of grappling with a life-threatening illness.

While each person’s kidney-cancer journey is unique, experts recommend an arsenal of strategies that can help people control their symptoms and side effects. “In most cases, we can help patients manage them so they’re able to carry on with minimal hassle,” Lara says.

Here, you’ll find a guide to the most common symptoms of kidney cancer, side effects of treatments, and some of the methods doctors and other clinicians may employ to help people mitigate these challenges.

Nearly all people who have kidney cancer that has not spread to other organs undergo a surgical procedure called a nephrectomy. During the procedure, part or all of the affected kidney is removed. “A complication of nephrectomy that frequently occurs is that you lose some kidney function,” says Dr. Pavlos Msaouel, a clinician and cancer biologist at MD Anderson Cancer Center in Houston.

A little loss of function isn’t a big deal. (­Msaouel points out that people can live normally with just one kidney.) However, the job of your kidneys is to clean your blood. If their function deteriorates significantly, this can cause dangerous accumulations of waste products or fluid imbalances in your blood. “At first, it’s not really a side effect you feel—it usually just shows up in blood tests,” ­Msaouel explains. But over time, loss of kidney function can cause a host of symptoms including fatigue, nausea, weakness, and brain fog. In severe cases, it can be deadly.

A mixture of lifestyle tweaks and medications can help counteract this loss of function. “A lot of these lifestyle changes are things we should all do regardless,” ­Msaouel says. They include getting regular exercise and watching your sodium and sugar intake. In some cases, you may also need to adjust the amount of protein in your diet. Drugs, including blood-­pressure medications or those that lower blood cholesterol, are also mainstays.

Read More: Changing Cancer Care, So Patients No Longer Feel Like a Number

This is one of the most common side effects among people taking blood-vessel inhibitors for metastatic kidney cancers. “These therapies are much more targeted than classic chemotherapy—they’re more focused on cancer cells—but sometimes they do hit other tissues,” ­Msaouel says. In the case of hand-foot syndrome, also known as palmar-­plantar erythrodysesthesia, these drugs can affect the skin of the palms or the soles of the feet. “This usually manifests as blisters,” he explains. It can also cause redness and swelling. Sometimes these skin issues can be so extreme that people can’t drive a car or engage in other necessary activities.

To prevent hand-foot syndrome, clinicians often tell people on these drugs to take special care of their hands and feet. Msaouel­ says over-the-counter moisturizers can help prevent dry skin and blisters. “We might recommend that people avoid exposing their hands and feet to really hot water, or to avoid wearing tight shoes,” he says. “We don’t want too much friction or things that can irritate the skin.” If these preventative measures fail and someone does develop redness or blisters, he says topical steroids—prescription skin creams that reduce inflammation—can be helpful. So can pain-relief creams like those containing lidocaine. “If despite all this it persists, then we might have the patient take a break for a few days or even weeks until the symptoms subside; then we can restart at a lower dose,” Msaouel says. “Often when we do that, if it does come back at all, it’s not going to be as bad.”

High blood pressure (hypertension) is a common side effect of several kidney-­cancer drugs, particularly the blood-­vessel inhibitors that have become a pillar of treatment for patients with metastatic cancer. High blood pressure can also arise because of poor kidney function. “This is one of most important side effects to manage because if we can’t control it, it knocks out this whole class of drugs that are one of the most effective we have,” says Victoria Sinibaldi, a nurse practitioner and research associate in oncology and urology at the Johns Hopkins University School of Medicine.

Unfortunately, diarrhea is another common difficulty for people with kidney cancer who are taking either targeted therapies, immunotherapy drugs, or both. “Some patients have to go as much as every two hours, which is significant,” Sinibaldi says. Diarrhea is not only uncomfortable and inconvenient, but frequent diarrhea can also cause unhealthy weight loss, nutritional deficiencies, or severe dehydration.

Sinibaldi often tells patients to keep a diary logging all their bowel movements as well as what they ate, which can help their care team identify problem foods or activities. “Over-the-counter medications like Imodium can help,” she says. Diet changes can also make a difference. These may include cutting back on lactose, a type of sugar found in milk and other dairy products.

“We usually refer people to a nutritionist who can help them modify their diet,” says MD Anderson’s ­Msaouel. While probiotics may be useful in some cases, they can also cause problems, such as making diarrhea worse. “People get excited­ and think they can fix everything with pro­biotics, but they can be harmful,” he says. “This is something each patient needs to discuss with their oncologist.”

Too often, talk of cancer’s complications can focus solely on the body while ignoring the mind. “For people with kidney cancer, it’s not only the physical symptoms but also the emotional symptoms that need to be addressed,” says Dr. Jennifer S. Scherer, an assistant professor of nephrology and a palliative-­care specialist at the New York University Grossman School of Medicine. At all stages of a person’s cancer journey, she says, worry, fear, uncertainty, and spiritual distress can make life challenging. These can also contribute to a person’s experience of pain, fatigue, and other physical symptoms. Scherer and other palliative-­care specialists can help people navigate these psychological roadblocks.

“Patients also face uncertainty and complex medical decisions they may need help understanding,” she says. Financial strain is another source of stress. “Palliative care looks at the patient from a holistic perspective and makes sure their care plan can address all these different domains.” She and her team often connect people with a psychiatrist or psychologist. They also arrange visits with a spiritual adviser like a chaplain. But in many cases, her work involves spending time talking with patients and helping them work through their feelings and difficulties. “We try to meet patients where they are, and to give them an open and safe space to talk about their illness,” Scherer says.

Read More: 4 Important Steps to Take After a Cancer Diagnosis

Side effects of immunotherapy

Unlike blood-vessel inhibitors or other kidney-cancer treatments, immunotherapy medications are not inherently toxic. These drugs work by turning up immune-system activity in ways that are intended to help it identify and eradicate cancer cells. “Most people on immunotherapy—60% to 70%—will have only minimal side effects,” Lara says. “But the other third will have more significant side effects, and these can be very unpredictable because they’re the result of the immune system overreaching and attacking healthy cells.”

He says inflammation of the lungs, skin, thyroid, or gut are all relatively common among people on these drugs. This inflammation could result in symptoms like fatigue, skin rashes, breathing problems, weight loss, or diarrhea. “But any part of the body is fair game, so just about any side effect is possible,” he says.

If these sorts of complications do arise, Lara says steroids, anti-­inflammatories, or other medications that dampen immune activity can help bring them under control. Temporarily reducing or even stopping the immunotherapy may also be necessary.

Every person is unique. Likewise, every person’s response to cancer treatment is one of a kind. Experts say finding what works for a given person tends to involve periods of tinkering. Your care team will probably have to try different medications in various doses before they identify the optimal regimen for you.

This is likely to be an ongoing process. A game plan that is effective for a few weeks or months may eventually need to be adjusted. Understanding this from the outset can help you prepare for bumps in the road. “It’s important to manage patient expectations and to provide lots of information so they know what to expect,” Lara says.

Side effects are an unfortunate part of life for people with kidney cancer. But in most cases, they’re manageable. As Lara put it, “I would say that over 95% of the time, we will find that sweet spot where the side effects are reasonably well tolerated and the quality of life is good.”

Germany SIM Cards: Everything You Need To Know | 2022