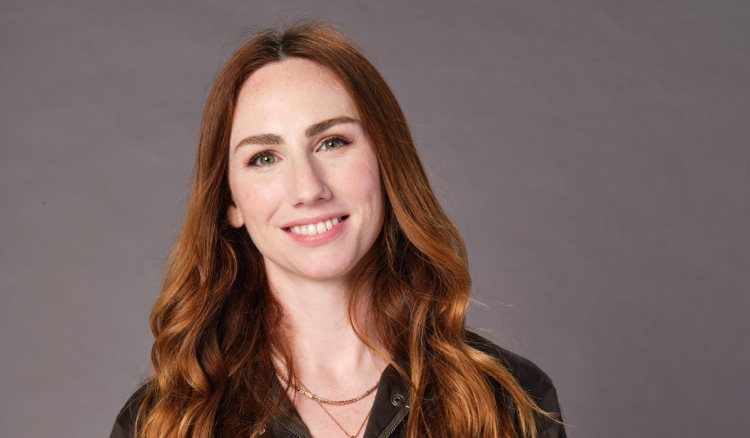 Foundr Magazine publishes in-depth interviews with the world’s greatest entrepreneurs. Our articles highlight key takeaways from each month’s cover feature. We talked with Brittany Stewart, founder of BURST Oral Care, about building their business through the power of expert brand ambassadors. Read excerpts from that in-depth conversation below. To read more, subscribe to the magazine.

When BURST Oral Care founder Brittany Stewart showed up to her first dental convention, she hoped to sign up a few brand ambassadors for the company’s electric toothbrush. She and her business partner, Hamish Khayat, thought connecting with just five or 10 people would be a success. Instead, they found themselves glued to their booth, selling out of product, and crashing the IOS app they had created for feedback.

“We were mobbed,” Stewart says.

“I can’t quite explain it, but it’s almost like what a rock star feels like when they’re trying to leave the concert.”

The business started in 2017 with a few hundred thousand dollars from three angel investors, and the co-founders were going to make every penny count. “We were really capital-conscious at the beginning to make sure that we didn’t blow it,” Stewart says. The two rented only half a booth at that first convention. Stewart even went as far as mailing their product to her parents’ Illinois home. Her dad drove it all to the site and saved them the $500 receiving fee.

For 12 hours, she and Khayat talked to dental professionals about their product at the Chicago convention. This event laid the foundation for a business model that would lead to 100 percent year-on-year growth from 2017 to 2019. Stewart and Khayat replicated their strategy, traveling across the country and connecting directly with professionals.

“For three years, I went to every convention in America,” Stewart says. “Every weekend, I was at a dental convention. That is how we built this grassroots community who has guided this company.”

BURST now has a range of products in addition to their electric toothbrushes, including teeth whitening strips, a water flosser, and floss—all subscription-based and delivered to customers’ homes. And all developed with insight from their professional ambassador community.

Ambassadors as Another Sales Avenue

Two things happen when buying one of BURST’s toothbrushes from a dental professional. The first is the customer saves $30 by using a personalized code. This savings is a big incentive to purchase through a professional. And these professionals are excited to be able to recommend a product someone can get without breaking the bank.

The second is that the person selling the toothbrush, the BURST ambassador, earns points from the sale, or “crowns.” These points can also be earned through social media activity, signing up colleagues as ambassadors, and having a high number of successful product recommendations. These points are tracked through an app and can be redeemed for BURST products or direct payment every week. It’s this model that has created exponential growth for the company. Every time BURST adds one ambassador to their team, it creates the opportunity for them to reach dozens of potential customers.

Although the profit-sharing and rewards model for selling products may sound like a multilevel marketing company (MLM), the website quickly dispels that idea. The first purchase of a BURST toothbrush is $20, which is refunded on the first sale. In the FAQ section for ambassadors, BURST uses its characteristically casual brand copy to answer the question: “No, nein, never! We do not require you to buy any inventory, nor will you be rewarded for building a team or recruiting (there is no ‘I’ in team, partner).”

“We have our own marketing channel, essentially.”

In their first six months of development, their brand ambassadors were, in fact, their only marketing channel. “We never had an advertisement; we never had a single bit of marketing, other than going to our trade shows and then empowering our ambassadors,” Stewart says. In its first two years of business, by October 2019, BURST had distributed $3.5 million to its Ambassadors, 95 percent of whom are women. As of June 2022, there are 30,000 BURST ambassadors working in more than 1,000 dental offices.

Ambassadors fall into the category of micro-influencers. They create a buzz around a product through their online engagement. This kind of advertising is extremely effective, especially when the company sets up an exclusive online community, as BURST has by requiring employment in the oral care field. But BURST didn’t stop with their ambassador community when it came to influencers. As the company grew, they began to invest in advertising—creating even more momentum for their already-booming business.

“People ask me all the time, ‘Should I hire an influencer?’ And I always say—if it’s authentic to what you’re doing. Is that influencer influencing the customer that you think you have? And if the answer isn’t ‘Yes,’ then that’s probably not a great investment.”

“If you’re consistently not having a direct and honest dialogue with your customer or you’re telling them things that aren’t true, I think you’re a today brand. You’re a now brand; you’re not a forever brand.”

“We’ve had great success investing in people’s careers promoting from within. So that is a foundational belief of our business—that we will take passion over experience.”

Here’s Why It’s Time to Move Away From Passwords

9 future of work conferences you can’t miss in 2023