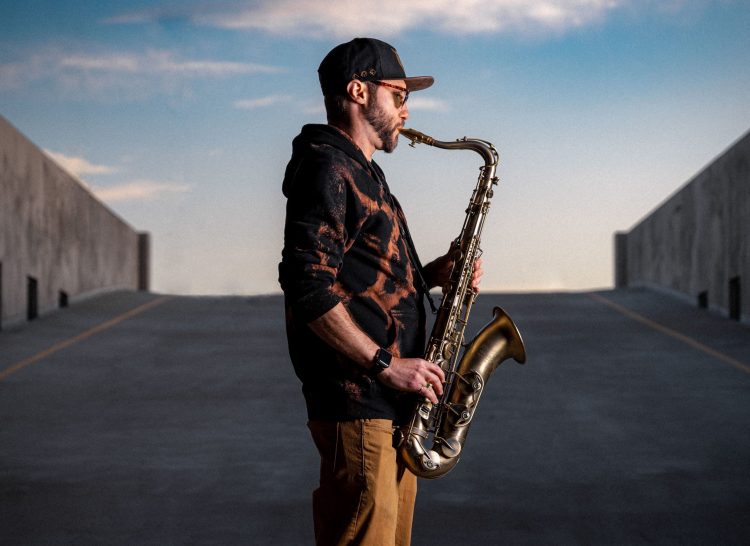 SoDown has, over a short amount of time, garnered quite the buzz thanks to his unique, saxophone-infused electronic sound. Now, after cultivating a fervent community and unique niche in the dance music scene, the artist has taken things to the next level by unveiling his anticipated debut album, Worlds Beyond, out everywhere today. As you’ll hear below, the eleven-track project is nothing short of a cathartic journey, exploring new tonal depths through a flurry of genre influences ranging from dubstep to reggae. Luckily, we were able to take some time to sit down with the Denver producer himself to talk about the new album, touring, performing, and other topics. Check out the full interview below and be sure to stream the LP via Spotify as well.

There’s a lot of profound themes running through your album, Worlds Beyond (life/death, struggle/transcendence). Can you talk a bit about the inspiration behind this project and where these compelling topics are coming from in your own life?

The inspiration came from my fascination with philosophy and life design. I was talking to my friend Sami (LSDream) and he recommended a book in which I found the stoic ideology of Memento Mori – Memento Vivere (Remember your death – Remember to live). I became obsessed with this idea and how it can benefit our lives, and it eventually turned into the concept of the album.

You’ve mentioned that “music has always been a conduit to understand the world around [you].” What has the process of making this album taught you about yourself and life in general?

I love this question! It has helped me to understand more about several parts of myself. My work ethic, goals and spirituality. It taught me to be more kind and humble. It taught me patience and to listen to what the music is trying to tell me. I have the perspective that we are conduits, simply giving space for creation to happen.

A large part of your sound is balancing organic instrumentation with digital production. How do you personally go about this creative process and are there any challenges involved?

I think a big part of it is creating digital elements that mimic the groove and feel of organic elements so that it sounds cohesive.

You recently announced a huge Worlds Beyond nationwide tour – what can fans expect from this experience and what are you most excited about?

New music and new visuals! I created this live show to be as enveloping as possible. I wanted to foster an environment where presence in the moment can be achieved as easily as possible.

The tour officially kicked off the other weekend at your Lost Lands festival debut. How was that experience performing at such an iconic event?

It was completely mind blowing!! Even though it was the last day of a many-day event, there was tons of energy! The stage was essentially a fireball! Haha, it was so hot and sweaty and packed out beyond belief! There was ash falling from the ceiling because of the fire and the bass. It was truly a wild adventure and I hope to be back again next year!!!

What does playing saxophone on-stage bring to a SoDown show that other forms of musical performance (like DJ’ing, for example) don’t?

Well it brings an organic element, something that is being created there in the moment rather than being played back. There is something special that happens in the moment of creating, whether it’s a brush stroke, a sound, or a note. Something is born from nothing, and that’s pretty cool to me.

How has being a part of the Denver music scene influenced the SoDown project? What do you like the most about this the scene there

I think it has contributed to the diversity of my sound and my style. I have been going to shows since I was young, and all the different styles that come through Denver helped me to curate my own unique sound with many different elements & influences. I love how the scene is so accepting, kind and adventurous. You can play many different styles of music in a set and people eat it up. It’s truly my favorite place to play, and the best home I could ask for.

The 4 Biggest Difficulties Every Entrepreneur Faces