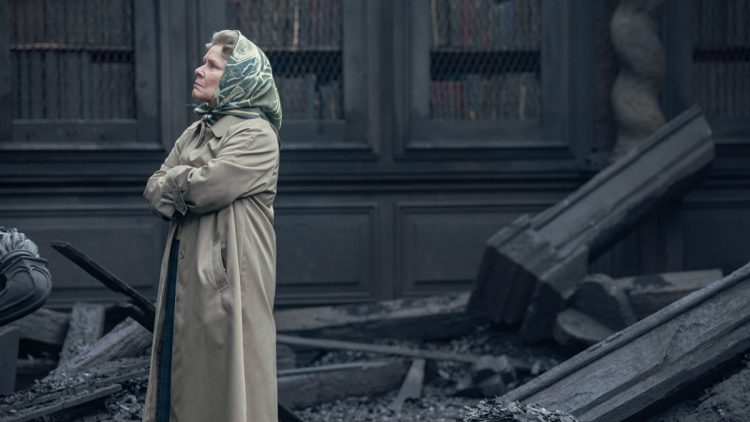 As grey and somber as ever, the fifth season continues the show’s march towards the one seismic event that will shake Britain to its core. But it takes its time, while continuing to explore both the symbolic power of the royal family — as well as the difficulties of being a part of it.

Make Use of Time: You can sense, lurking in the shadows of The Crown Season 5, the fact that it was originally meant to encompass the full final arc of Princess Diana’s life. But the decision to instead spread the story across two seasons, while delaying the inevitable to some degree and leading Season 5 towards a somewhat muted finale, does work on a creative level.

These ten episodes, freed from the burden of having to capture that much story, feel like they can really breathe, and length-wise the majority come in at close to 50 minutes — in comparison to Season 1, which more often stretched to 60 minutes. It might seem like a trivial detail, but the increased tightness goes a long way towards making this a smooth, if perhaps relatively low-key, narrative.

Each season of The Crown has worked hard to balance character stories with larger narratives of global importance: While never as committed to a “character of the week” structure as, say, the show Lost, the show does seem to work at its best when episodes declare from the beginning a focus on one particular character. It’s thus a treat to see creator Peter Morgan really lean into that approach this year, with almost every episode at least emphasizing one character in particular.

A Walking Shadow, A Poor Player: Beyond the core characters, Princess Margaret (Lesley Manville, succeeding Helena Bonham Carter) also gets a tragic spotlight as a woman continuing to grapple with what her station in life has cost her on a personal level. And the beginnings of the end arrive in the form of Mohamed Al-Fayed (Salim Daw) — call him “Mou Mou” — the wealthy Egyptian businessman whose interest in belonging to upper-crust British society is what brings his son Dodi (Khalid Abdalla) into Diana’s orbit.