Alcohol-Induced Deaths Spiked During the Pandemic 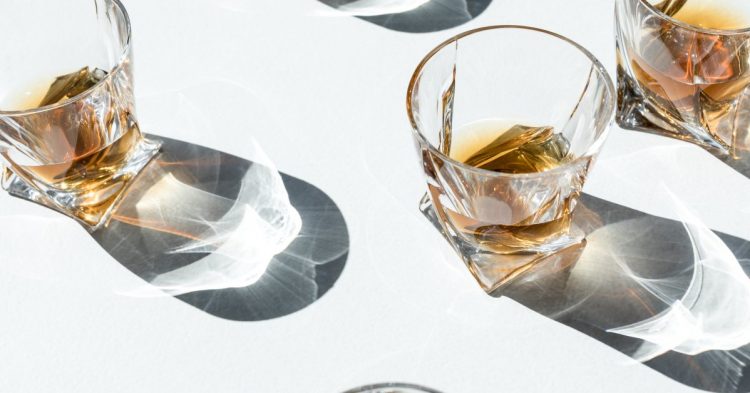 The number of Americans killed by alcohol rose by 26% during the first year of the pandemic, according to data released by the National Center for Health Statistics (NCHS) on Nov. 4. This steep rise occurred from the start of 2019 until the end of 2020, jumping from about 10.4 deaths per 100,000 people to 13.1 deaths. It’s the biggest year-over-year increase in at least two decades.

The increase was largely driven by alcoholic liver disease, which rose by 23% year over year, and mental and behavioral health disorders due to the use of alcohol (such as deaths resulting from intoxication, dependence, or psychotic disorder), which rose by 33%. The overall increase “is something that we’re seeing across pretty much anyone that is of drinking age, with the exception of 85 and over for males,” says study co-author Merianne Rose Spencer of the NCHS.

While the authors of the new report do not speculate on the social forces driving the increase, other experts who study alcohol consumption say that the growing misuse of alcohol has been a troubling trend and major concern for years. “The pandemic just poured fuel on the fire,” says Aaron White, senior scientific advisor to the director of the National Institute on Alcohol Abuse and Alcoholism, who was not involved in the study.

Read More: How 988 Will Transform America’s Approach to Mental Health

One big driver is that Americans are simply drinking more alcohol. From 1999 to 2019, alcohol consumption rose by about 10%. A likely contributor is the decline in the price of alcohol, especially as alcohol taxes have become less common, says Katherine Keyes, a professor of epidemiology at the Columbia University Mailman School of Public Health, who has studied alcohol consumption across generations. (Keyes was not involved in the NCHS research.)

Men of all ages have historically consumed more alcohol and died more often from alcohol-related causes than women, but for about a decade, women have been closing the gap. More than men, women are driving the recent increases in alcohol consumption reflected in the new study. Alcohol consumption by men largely has remained steady in the last two decades, but during that time it rose among women, according to research by White published in 2020; between 2000 and 2016, the number of women who binge drink rose by 14%, and by just 0.5% among men. According to the Nov. 4 federal research, while more men continue to die from alcohol-induced deaths, the gender gap is closing: while 3.6 times more men than women died of such deaths in 2000, 2.6 times as many did in 2020.

Particularly at middle age, says Keyes, “we’re seeing consistent and strong increases in binge drinking, especially among women.” Over at least the last decade, young people have begun to drink less, but people ages 30 to 55 have increased the amount they drink, says Keyes.

The pandemic intensified many of these trends and shifted drinking habits. Sales of alcohol surged in the U.S. at the beginning of the COVID-19 lockdown through at least the first months of 2021, and more people drank at home, alone. White speculates that people may have imbibed more to pass the time during lockdown, or because they were spending more time at home, in close proximity to the fridge, and away from the office.

A lot of problematic drinking is also driven by what White calls the “dark side of substance use”: drinking not to have fun, but to “reduce discomfort,” says White. For many people, the pandemic likely triggered this impulse, he says. “Everybody suffered during the pandemic,” he says. “There is just a national increase in worry, anxiety, and fear. We tend to look for ways to cope with that when we feel uncomfortable, and one of them is alcohol.”

Keyes and White say it’s important for alcohol to be recognized as a risk to public health. It’s crucial, they say, to reach people who need help—especially, White says, by screening people for problematic alcohol consumption at doctor’s visits. It’s also essential for people to know that it’s okay to talk about substance-use problems, says Keyes—and that there are evidence-based treatments, including medication and outpatient treatment, that can help.

3 Exit Options If You Cannot Sell Your Small Business