3 Stocks to Buy With Rising Recession and Rate Risk 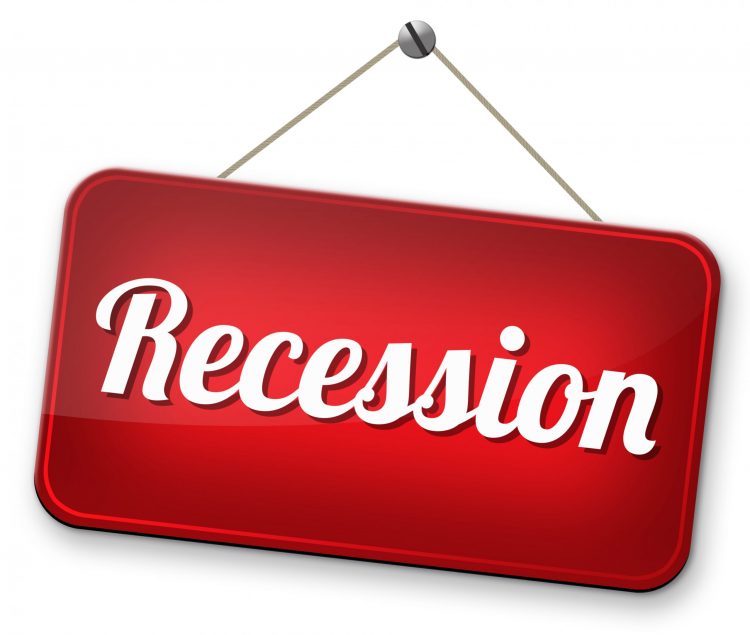 The stock market continues to be a challenging environment with rising rates a potent headwind. So far, the economy has been stable enough so that earnings growth has not contracted, but this is unlikely to persist the longer the Fed stays hawkish. This article discusses characteristics of stocks that are likely to outperform and 3 stocks with these characteristics – Lockheed Martin (LMT), Vertex Pharmaceuticals (VRTX), and Elevance Health (ELV).

The stock market dove lower following the FOMC press conference where Chair Powell made it clear that even if the Fed were to slow its pace of hikes, the job is nowhere close to completion. This led to estimates of the ‘terminal rate’ of this hiking cycle to increase following the meeting with 5.5% now the consensus.

Of course, the higher the terminal rate, the more pain that will be inflicted on the economy especially in areas like finance, housing, and real estate. Bonds are likely to suffer, and there are increased chances of a liquidation event if borrowers are unable to meet their obligations which becomes more likely in a high-rate world. Stocks will also suffer which could intensify if earnings materially decline.

These environments mean that investors have to be extremely judicious in terms of making their selections. They should look for stocks whose prospects are disconnected to near-term economic or monetary factors.

LMT is a security and aerospace company that has four segments: Aeronautics; Missiles and Fire Control; Rotary and Mission Systems; and Space. The company produces high-tech weapons and defense systems but is best known for its F-35 fighter jets. In addition to these services, LMT provides a wide variety of services for governments all over the world.

In terms of the current environment, LMT is an ideal selection to ‘beat’ the bear market. For one, government budgets and defense spending are much less volatile than other parts of the economy. In fact, defense spending, on a global level, has grown at about an average, annual rate of 5% over the last couple of decades with the only dip being during the dissolution of the Soviet Union in the early 90s.

Second, companies like LMT often receive long-term contracts and only have a few competitors given that these projects are quite sophisticated and require security clearance. They also tend to have large balance sheets and a long history of paying and raising dividends which also leads to outperformance during periods of economic turbulence.

In terms of component grades, LMT has a B for Value due to its forward P/E of 14 which is cheaper than the S&P 500 (and less prone to negative revisions). It also has a B for Quality due to being one of the leading aerospace & defense companies. Click here to see more of LMT’s POWR Ratings.

VRTX discovers and develops small-molecule drugs for the treatment of serious diseases. Its key drugs are Kalydeco, Orkambi, Symdeko, and Trikafta for cystic fibrosis, where Vertex therapies remain the standard of care globally. The company also focuses on developing treatments for pain, type 1 diabetes, inflammatory diseases, influenza, and other rare diseases.

The company’s cystic fibrosis drugs are poised to continue dominating the market for the foreseeable future due to the disease-modifying potential of the drugs, consistent use by patients, and very little competition. VRTX combination therapies also have lengthy patents, which protect its cystic fibrosis portfolio from generics. There is also potential for its non-cystic fibrosis pipeline, which has exposure to promising areas, such as AAT deficiency, sickle cell disease, and beta-thalassemia.

VRTX has an overall grade of A which equates to a strong Buy rating in the POWR Ratings service. A-rated stocks have posted an average annual performance of 31.1% which compares favorably to the S&P 500’s average annual gain of 8.0%.

VRTX also has strong component grades including an A for Quality due to 11 out of 19 analysts covering the stock having a Strong Buy rating with only 2 having a Sell rating. It’s also regarded as one of the top companies in the space due to its dominance of the CF market and strong pipeline of potential, blockbuster treatments. Click here to see more of VRTX’s POWR Ratings.

ELV is a managed care company, providing medical benefits to roughly 44 million members. The company offers employer, individual, and government-sponsored coverage plans. It is also the largest single provider of Blue Cross Blue Shield branded coverage. This sector has also been particularly strong due to a very low unemployment rate which means that the company has seen strong growth in enrollees.

Further, the pandemic was a boost to its bottom-line as less people were going to the doctor and undergoing procedures. Therefore, the company’s payout ratio declined. Many analysts had been expecting an above-average reading as the economy normalized, but so far this has simply returned to pre-pandemic levels.

Another reason to like managed care stocks is their pricing power as healthcare spending tends to rise at a faster pace than inflation. And, they tend to be less affected by economic slowdowns. Currently, the company is seeing growth from its Medicare Advantage plans and virtual care services.

With these attributes, it’s not surprising that ELV has an overall grade of A, which translates into a Strong Buy rating in our POWR Ratings system.

About the Author: Jaimini Desai

Jaimini Desai has been a financial writer and reporter for nearly a decade. His goal is to help readers identify risks and opportunities in the markets. He is the Chief Growth Strategist for StockNews.com and the editor of the POWR Growth and POWR Stocks Under $10 newsletters. Learn more about Jaimini’s background, along with links to his most recent articles.

The post 3 Stocks to Buy With Rising Recession and Rate Risk appeared first on StockNews.com