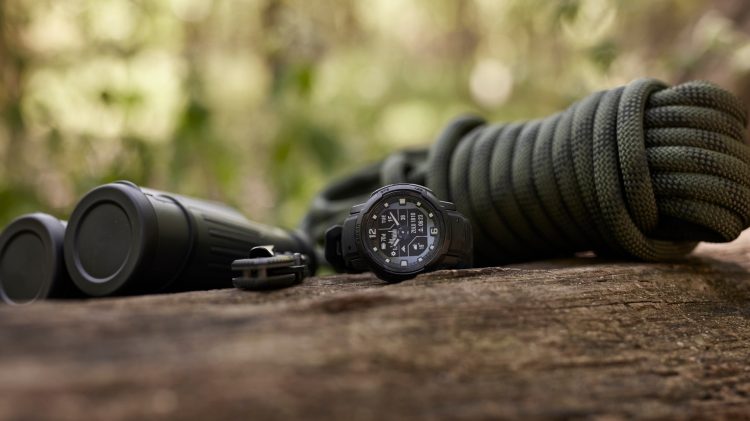 Garmin has launched three new hybrid smartwatches that also promise the toughness of a rugged watch. The new Garmin Instinct Crossover series borrows its name from the world of automobiles to aptly describe what it is — an analog-digital watch lineup.

Ruggedness runs in Garmin’s Instinct family of devices, and the new smartwatches stay true to those roots. They are shock resistant, have military standard certification (MIL-STD-810) to function in extreme environments, and are water-rated to 10ATM. That’s plenty of armor for your outdoor adventures.

Additionally, the Instinct Crossover also comes with something Garmin calls RevoDrive Technology. It essentially auto-calibrates the smartwatches to show the precise time in case of significant impact during an adventure.

Since they are hybrid wearable, the Instinct Crossover models feature analog hands overlayed on their digital display. The hands quickly move away when you want to view detailed smartwatch data.

The solar-powered model is called the Instinct Crossover Solar Edition. Garmin says the advantage of getting this version is “infinite battery life” in battery-saver mode. Essentially, the watch will never run out of juice for standard analog features like time, date, and stopwatch.

There’s also a version of the smartwatch with dedicated tactical features.

You also get access to Garmin Pay on all the Instinct Crossover models, allowing you to pay for things at select stores using near-field communication (NFC).

The smartwatches start at $499 for the basic model. The solar and tactical versions are more expensive.

Help! My School Won’t Let Me Have a Microwave or Fridge