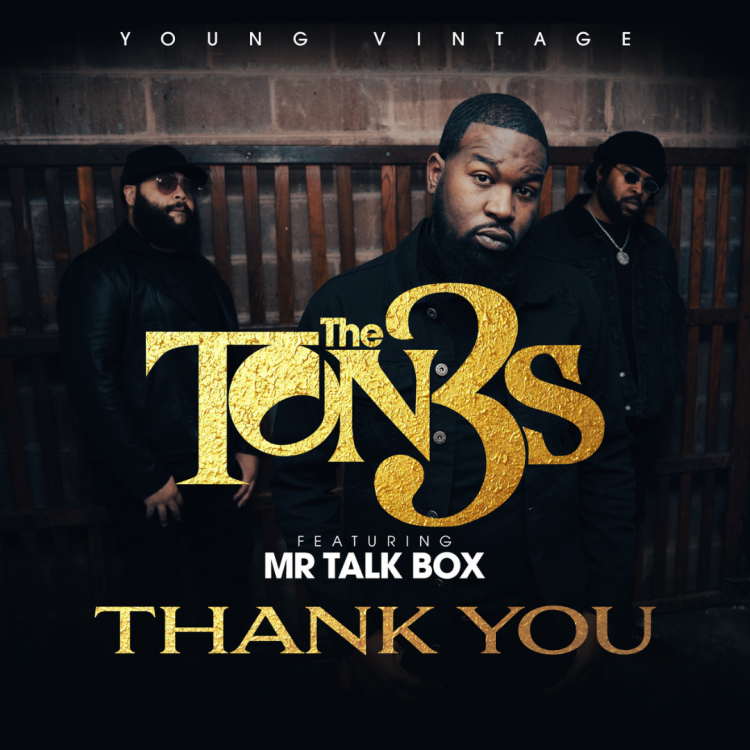 Grammy-nominated R&B/soul trioThe Ton3s recently released their single “Thank You” which was recorded during the sessions for Snoop Dogg’s 2018 gospel album, “Bible of Love.”

The single takes you to church and blends R&B, gospel, pop, soul, and the sound of the west coast. So, if you’re a fan of either genre or the sounds of music, you will like this track.

“So one late night in the studio, I started messing around with some sounds and track ideas,” 2E said in a press release. “With the help of Lelo, we built the track, then all three of us came together to write it. After listening to it we thought it was missing something to make the west coast connection. That’s where we locked in with the world-famous Mr. Talkbox, who really was the icing on the cake when he laid his part on the track.”

The song is perfect for this time of year- close to Thanksgiving. The trio is giving thanks and praise to the most- high for all that He has done, helping them through struggles, and always being right on time.

If you’re ever in a “funk” or just thinking of all the bad in your life, listen to this song. It will definitely change your perspective and help you realize how blessed you are in spite of it.

The Ton3s said, “their background is in gospel and they were happy to seize the opportunity to work with Snoop Dogg.”

“The Ton3s all have deep roots in Gospel music,” Vito of The Tone3s said in a press release. “We all came from gospel and the church and that’s a part of us so we had to bring it home for this one.”

“We’re just grateful to still be relevant in this music industry and we realize why that’s possible, so we’re just saying ‘Thank You’ to the man up above for granting us the energy and opportunity to do what we love,” Lelo of The Ton3s said in a press release.

Formerly known as Anthony Hamilton’s backup singers, “The Hamiltones” the trio had also had a guest feature on Snoop Dogg’s 2019 album, “ I Wanna Thank Me.”

The Ton3s formally re-introduced themselves earlier this year with the release of their new album “We Are The Ton3s,” with features from Snoop Dogg, PJ Morton, Sir The Baptist, Tarriona “Tank” Ball, and more, which soundtracks the human love experience and shows the musical versatility of a quintessential contemporary R&B group.

Listen to “Thank You” featuring Mr. Talk Box by The Ton3s below.

Workers with two jobs — is this really a problem?