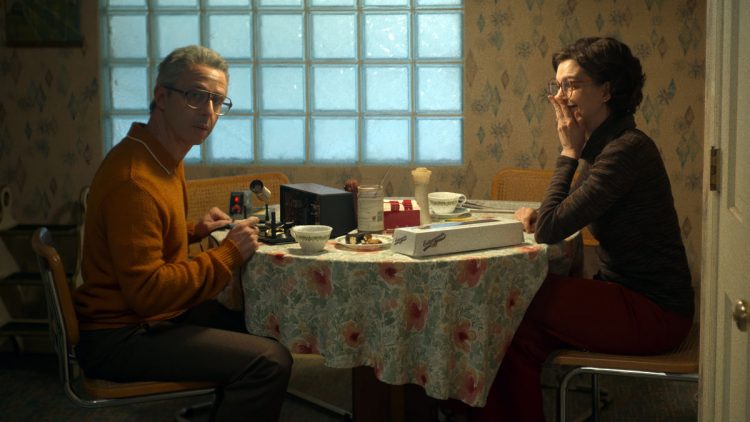 This review is part of our coverage of the 2022 New York Film Festival.

The Pitch: James Gray, an experienced outer-borough tour guide, brings us closer to his own Queens past in Armageddon Time, a semi-autobiographical coming-of-age drama (though he says he wasn’t aiming for that genre; more on that later).

The film follows 12-year-old aspiring artist Paul Graff (Banks Repeta) as he struggles with school, makes a friend in his classmate Johnny (Jaylin Webb), clashes with his parents Irving (Jeremy Strong) and Esther (Anne Hathaway), and takes solace in the love of his grandfather (Anthony Hopkins). The 1980 presidential contest looms in the background; at one point, kids at a posh private school start an impromptu chant for Reagan at the mere mention of elections, just before an assembly featuring none other than Mary Anne Trump (played, in a cameo, by Jessica Chastain).

Shining City on a Hill: In case the Reagan footage and Trump family weren’t enough of a tipoff, Armageddon Time is far from an Awesome ’80s nostalgia trip — not least because it’s really, as Gray discussed at a New York Film Festival press conference, capping off the tumult of the late ’70s and observing how they helped clear the way for capitalistic excesses to come.

The Graff family seems at least somewhat aware of these bad turns — they all goggle in disbelief as Reagan ascends — but like a lot of white, middle-class folks, they aren’t always especially equitable or nuanced in their judgments. As a Jewish family, they understand American prejudices in the form of anti-Semitism and, theoretically, racism, while delivering mixed messages on race in their workaday lives.

Paul’s grandfather, for example, encourages the boy to stand up to racist classmates at his new private school — which he’s only reluctantly attending because his grandfather pushed for a transfer from the “overcrowded” (read: increasingly non-white) public school. Gray attempts to capture this push and pull, as well as Paul’s in-betweener status as a 12-year-old capable of both childlike fantasy and teenage rebellion.

Teachers Share How Much Duty-Free Time They Get Per Day