The benefits of play are immense across all ages, research shows 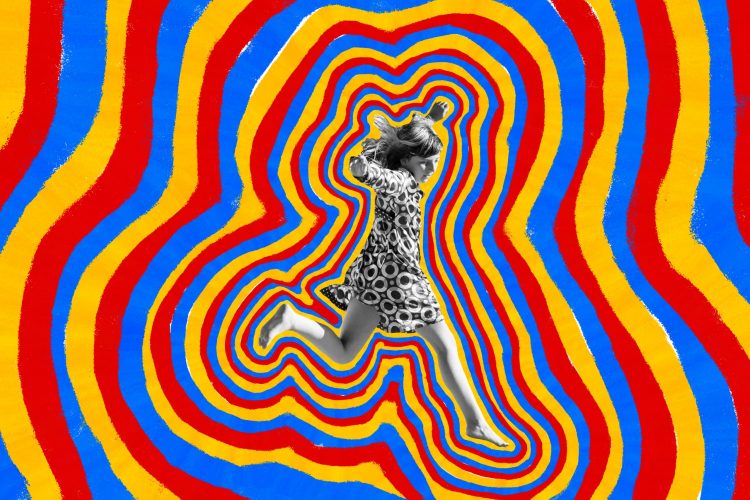 In 1966, when psychiatrist Dr. Stuart Brown was assigned to a commission to investigate what led University of Texas student Charles Whitman to kill 12 people in one of the country’s first mass shootings, Brown and his colleagues considered many different aspects of Whitman’s background. The student had access to firearms at home; he had witnessed abuse while growing up; and he had a difficult relationship with his father.

But Brown was struck by one other factor that came up in the commission’s discussions: Whitman had experienced play deprivation, or an “almost complete suppression of normal play behavior,” as the commission put it, while growing up.

That finding motivated Brown to ask more questions about play and its role in healthy human development. In the years after the shooting, he and a team of researchers interviewed men who were incarcerated in the Texas Huntsville Prison for homicide. When the researchers compared information about the inmates’ childhoods with a population outside the prison, they found that the comparison group could provide abundant examples of free play in childhood, while the group inside prison largely could not. “The parallelism between their play deficiencies, and the objective problems in forming trusting social bonds with others seems very significant,” concluded Brown in a 2018 article.

“Play is one of the main ways that children really consolidate their learning. The way we really make our skills permanent and enriched and highly developed, is often through our play experiences.”

While such play deficiencies did not on their own cause the men to commit homicide, they shaped their well-being and development, Brown said in an interview with The Hechinger Report this summer. “The adaptive tolerance and empathy toward others that is learned in early preschool through rough and tumble play is really a fundamental part of our having tolerance for people who are different than we are,” Brown said.

Now 89, Brown is the founder and past president of the National Institute for Play, and has spent much of his life studying play’s importance. While he cautions against drawing conclusions about outcomes for children who experience a lack of play, he said his findings in numerous studies since the Texas tragedy all underscore the fact that human beings – and, in fact, all mammals – have an innate need to engage in playful activities as a part of healthy development.

“The presence or absence of play, particularly in child development, has a great deal to do with competency, resiliency, emotional health [and] brain size,” Brown said. Play is “not frivolous and not just for kids, but something that is an inherent part of human nature.”

Indeed, numerous researchers have found play is a natural and critical part of child development. This year, The Hechinger Report embarked on a reporting project to look at the often overlooked yet deeply consequential role of play in child development — and at the small but growing movement to bring play back into classrooms across the country. Our team of reporters found that although play is natural for children, opportunities to play in a school setting, and even outside of it, can be minimal and uneven and many obstacles stand in the way of increasing and improving play time.

Experts say adults, including parents and educators, need more support and encouragement to maximize the benefits of play, but face many challenges. At the school level, it can be challenging to get a buy-in for more play time from stressed-out administrators and educators who are dealing with state testing pressures. Adults working in classrooms with younger children find that it takes planning and careful thought to design play environments and experiences that allow children to reap the benefits of play. And parents must be convinced that free time to play can be as important as organized activities and lessons.

As the country emerges from a pandemic during which children spent more time in front of screens, missing crucial play opportunities, the stakes are high. Thoughtful efforts to reintegrate play into daily routines can be crucial for children’s emotional, social, and academic health and progress.

Play should not be seen as tangential to learning, experts say, but should be viewed instead as the natural way young children learn. “The parts of the brain that are most developed in the early years are the ones that respond to active experiences,” said Dee Ray, a professor of early childhood education and director of the Center for Play Therapy at the University of North Texas College of Education. In contrast, the parts of the brain that allow children to learn by listening to a lecture or watching a video are developed later, she added. “The brain is structured to learn from experience first, and then learn through all the other means that we usually use [to teach],” she said. “Play is essential to education. Play is education for children.”

When children play with dolls, for example, they can test out different scenarios for responding to a crying baby, including holding the doll or feeding the doll, Dee added. They create new neural networks and gain new understanding. This “pretend play” is a critical way children explore their environment and learn about the world, said Doris Bergen, a professor at Miami University of Ohio’s Department of Educational Psychology whose research has focused on child development and play.

Research shows that when mammals play, their brains are activated in a way that can change neuron connections in the prefrontal cortex, which impact emotional regulation and problem-solving. Play can also release chemicals in the brain, including oxytocin (which helps regulate emotions and supports social skills) and dopamine (a neurotransmitter that impacts memory, motivation, attention and mood). Kids are “flooded, a lot of times in play, with positive emotions,” Dee said. Play is so powerful that it is often used as a form of therapy for children who deal with anxiety or trauma.

“The parts of the brain that are most developed in the early years are the ones that respond to active experiences.”

Dee Ray, a professor of early childhood education and director of the Center for Play Therapy at the University of North Texas College of Education.

Even as children move up through the early grades, research shows play can continue to have an impact. Elementary principals have reported that recess, for example, has a positive impact on academic performance and that students are more focused afterward. Play is considered to be integral to the academic environment for both social-emotional and academic development, according to the American Academy of Pediatrics.

Researchers have largely relied on experiments with animals to hone in on play’s impact on the brain. A 2003 study of rats’ brains found that rats raised in a playful, stimulating environment had higher levels of a protein that grows and maintains brain cells than rats raised in a solitary, boring environment. Other studies have shown that play in young rats impacts the parts of the brain associated with social interactions and thinking. Studies of children have also shown play’s benefits, including improved language skills, problem solving skills and math skills. Certain types of imaginative play have been found to improve perseverance. Play can even be used to close achievement gaps between young children, some experts argue.

To truly benefit from play, children must be given ample, unstructured play time, said Bergen. That means they should receive at least an hour each day in a safe environment to “create their own enjoyment, their own rules, their own experiences,” she said. This child-led free play time can also help children internalize what they are taught about the world, she added. “Play is one of the main ways that children really consolidate their learning. The way we really make our skills permanent and enriched and highly developed, is often through our play experiences.”

Related: How play is making a comeback in kindergarten

Experts say such play time should not just happen outside of school or at recess, but should be a necessary part of teaching and learning. Supporting the most beneficial play activities, however, can take training and planning. Play should be looked at as a way to learn within schools, said Kathy Hirsh-Pasek, a professor of psychology at Temple University and senior fellow at the Brookings Institution. Hirsh-Pasek sees play as a spectrum of activity, ranging from free play, where “adults should just get out of the way,” to direct instruction, where adults set the agenda.

Children play at a Milwaukee child care center. Research shows when children play, there is also a release of chemicals in the brain that can support social skills and impact memory and attention. Credit: Camilla Forte/The Hechinger Report

It’s the middle of this spectrum, where children experience “guided play” with a learning goal in mind, that has perhaps the most potential for young children, she added. For instance, to teach engineering concepts, adults might tell children to build a sturdy skyscraper, then ask the children open-ended questions about their efforts. To foster the development of mathematical concepts and skills, adults might draw a number line on the ground, ask children to jump, and then compare their distances. Some research shows children can learn just as much – if not more — through guided play experiences like these than when they are taught in less active ways.

An added benefit to increasing play-based learning in classrooms is that active and engaging learning experiences can lead to deeper, more permanent learning, Hirsh-Pasek said. “Where do you find these features: something being active, engaging, meaningful, iterative and joyful? They coalesce under this behavior we call play.”

This story about the benefits of play was produced by The Hechinger Report, a nonprofit, independent news organization focused on inequality and innovation.