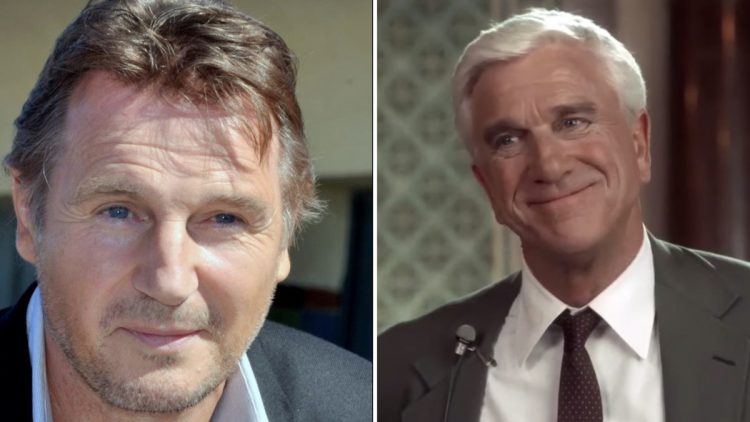 The Naked Gun will return with a new film, and in place of Leslie Nielsen, Liam Neeson will star — perhaps as the son of Nielsen’s character Frank Derbin.

As Deadline reports, Dan Gregor and Doug Mand will pen the new Naked Gun script, while The Lonely Island’s Akiva Schaffer will direct and executive produce. Seth MacFarlane and Erica Huggins are producing the film through their company Fuzzy Door.

Based on the crime spoof series Police Squad!, The Naked Gun franchise began in 1988 with the film From the Files of Police Squad! Nielsen starred in the original film as Det. Sgt. Frank Derbin, a lovable police officer who didn’t exactly have the brains for the job. Nielsen went on to star in two sequels, 1991’s The Naked Gun 2½: The Smell of Fear and 1994’s Naked Gun 33+1⁄3: The Final Insult. He passed away in 2010. Few plot details are known about the reboot, though Deadline hears Neeson “might be” playing Frank Derbin’s son.

On that note, revisit our ranking of Neeson’s best action films.