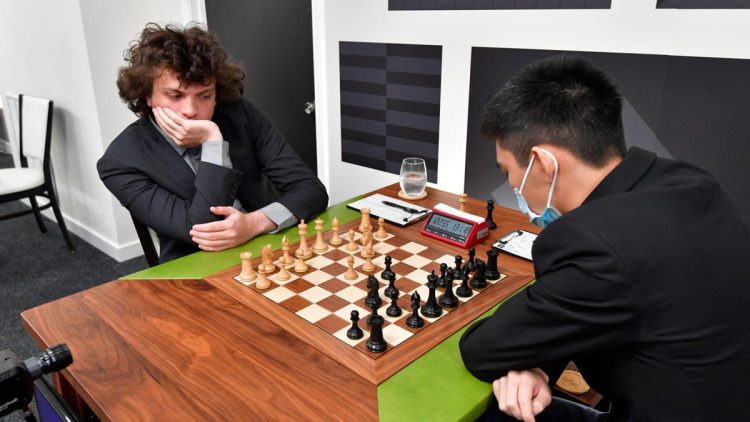 Hans Niemann has been accused of cheating at chess, but there has been little proof offered to how he might be cheating at over-the-table chess compared to past accusations of cheating at online chess.Photo: TIM VIZER/AFP (Getty Images)

Of course, most people think it’s a joke, especially since it was propagated by a tweet from renowned shitposter and Tesla CEO Elon Musk. Still, there is a serious element to the recent scandal, and a recent investigation by Chess.com shows there’s a real element of worry to the story that Niemann has used computer programs to help him cheat at chess, as he had done in the past over 100 times. Though digital chess programs have promoted they have sophisticated systems to detect players using outside programs to determine their next move, it hasn’t stopped speculation and condemnation that the state of chess, both digitally and in-person, is irrevocably marred.

But this current conflagration of the chess world has been a long time coming. Chess programs have effectively become so sophisticated no human can beat them. Some chess experts have determined that computers have changed the way chess is played, as more players focus on memorizing board states than actually thinking through the game’s puzzle.

As the years go on, there have been more and more situations where cheaters have tried to rely on AI to determine the next move. Throughout the past decade there have been numerous reports of chess cheats caught hiding in a bathroom stall to see what kind of move a chess bot would make in their place.

But that’s really the tip of the iceberg. Running through the list of past chess cheats is like witnessing the eclipse of current technology, from PDAs to smartphones hidden among rolls of toilet paper, to glasses with hidden cameras.