A Brief History of Austrian Cheese 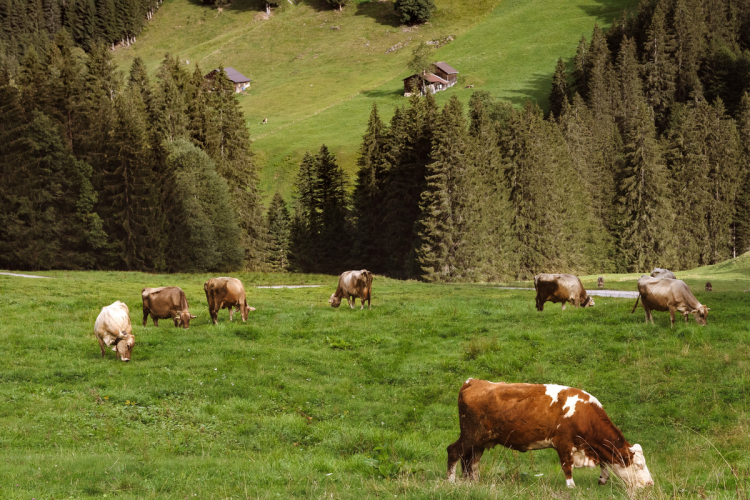 We’ve teamed up with Europe Home of Cheese: Austrian Cheese to share all the beauty—and allll the cheese—that Austria has to offer. Austria’s mountainous landscape is home to 100% GMO-free dairy production, which makes for some truly iconic and undeniably delicious curds.

Austria is known for many things—Mozart, meticulously crafted cakes, hills so beautiful they make Julie Andrews burst into song. However, one of the country’s true hidden gems is its cheese culture. Despite the popularity of neighboring alpine cheesemaking regions, Austrian cheese wasn’t available in other European countries until the 1990s, and didn’t come to the U.S. until recently. For centuries, the only way to try Austria’s unique, flavorful cheeses was to go to Austria. Fortunately for us all, that is starting to change.

In Austria, cheese is a way of life. Three-quarters of the country is rugged mountain terrain that’s difficult for growing crops, but perfect for alpine dairy farming. In this stunning landscape, small herds of native alpine cows munch clover, dandelion, meadowsweet, marigold, thistle, and the countless other wild herbs and grasses that blanket the idyllic alpine pastureland. And as if that’s not bucolic enough, they also quench their thirst with snow melt from clear mountain streams. Respect for these cows runs so deep in Austrian culture, they actually throw them a party to welcome them home from high mountain pastures every fall—it’s called Almabtrieb, and the animals wear flower crowns and bells for it.

“[It’s] a colorful and beautiful tribute,” says Sarah Mentin, who has attended many an Almabtrieb and works for Alma, an Austrian dairy cooperative. Mentin says each farmer has around 20 cows, and thinks of them as family. The milk from these cows is pooled at local dairy co-ops that transform it into cheese, otherwise it’s made into young wheels by the farmers themselves. They do so in mountain chalets called Berghütte, where curd is cooked in copper kettles over fires made with fresh-chopped wood to coax out flavors of brown butter and toasted nuts. Wheels are then aged on spruce shelves in centuries-old ripening cellars, in a hyper-local production line that is as sustainable today as it has been for centuries.

A Tale of Curds Past

In fact, Austrian cheese is older than Austria itself. Their mountain cheeses descend from caseus alpinus, developed under Emperor of the Holy Roman Empire Charlemagne in the ninth century. Even before the Romans arrived to the area, itinerant wanderers have been crafting sour milk cheeses like Tyrolean Gray Cheese (or Tiroler Graukäse), Glundner Käse, Montafoner Sura Käse, Ennstaler Steirerkäse, Murtaler Steirerkäse, and many others as far back as the Stone Age.

This history has led to a diversity of styles—450 varieties, give or take—and the names can get confusing. It helps to know that Austrians speak German, and in German “käse” translates to “cheese,” “berg” to “mountain,” and “alp” or “alm” to “mountain pasture.” The cheeses also typically take on the title of a region—popular wheels of Vorarlberg Bergkäse PDO and Alpkäse, for example, come from the Vorarlberg mountains. Each region’s unique terroir gives its cheeses their own taste of place. Much like wine, inputs like climate, water, plant life, and even geological makeup in Austria produce flavors entirely expressive of the land.

And it isn’t just hard mountain cheeses—Austria also produces soft wheels that vary from mild bloomy rinds to pungent washed ones, and date back to when monasteries peppered the hillsides. There are blues, too, and medium-firm wheels that are known for their smooth paste and huge Emmentaler-like eye holes. No matter the style, they’re all made with utmost respect for the land (Austria’s 6.9 million acres of agricultural land are all GMO-free), using recipes passed down through generations of family-owned operations.

The resulting cheese culture is robust. Every Austrian city has cheese shops, from Jumi Käse in Vienna to Kaslochl in Salzburg, and most grocery stores have cheese counters. In Vorarlberg, there’s even a KäseStrasse (Cheese Road), known for producing 60 cheese varieties in 17 valley dairies and 90 alpine farmsteads.

Austrian Cheese in the Kitchen

So what do Austrians do with all this cheese? Well, like any proud alpine dweller, they make fondue. But they also craft dishes like Käsespätzle (think: Austrian micro mac & cheese), Käseknödel (cheese dumplings), and Palatschinken (cheese pancakes), which Mentin says are popular in households throughout the country. Austrians even make their own version of cheese plates, called Kalte Platten or Bretteljausen, accented by brown bread and wursts (sausages) of forest game meat.

These cheeses are finally making their way into kitchens abroad, too. They’re world-class melters, perfect for grilled cheeses, cheesy pastas, dips, egg dishes, and tarts both sweet and savory. They’re fast friends with zippy Austrian wines like Grüner Veltliner, or Bavarian brews like Weizenbier, Helles and Vienna lagers, and bocks. And they’re great for snacking—you don’t need much more than an apple and a crusty piece of bread to enjoy them. No matter how you choose to welcome this rare treat into your kitchen, you’re guaranteed an eye-opening taste of Austria’s beautiful land and rich history in every bite.

What’s your favorite type of cheese from Austria? Tell us in the comments below!

Our friends at Europe Home of Cheese: Austrian Cheese are spreading the word on curds made in this stunning alpine setting. Cheesemaking in Austria is sustainable by nature thanks to the region’s natural resources, ensuring the centuries-old artisanal practices can continue—and that the herds of happy cows can continue to be, well, happy.

The content of this promotion campaign represents the views of the author only and is his/her sole responsibility. The European Commission and the European Research Executive Agency (REA) do not accept any responsibility for any use that may be made of the information it contains.

62% of Dogecoin hodlers in profit amid hopes of Twitter integration

5 Things to do in the North Shore: November 4