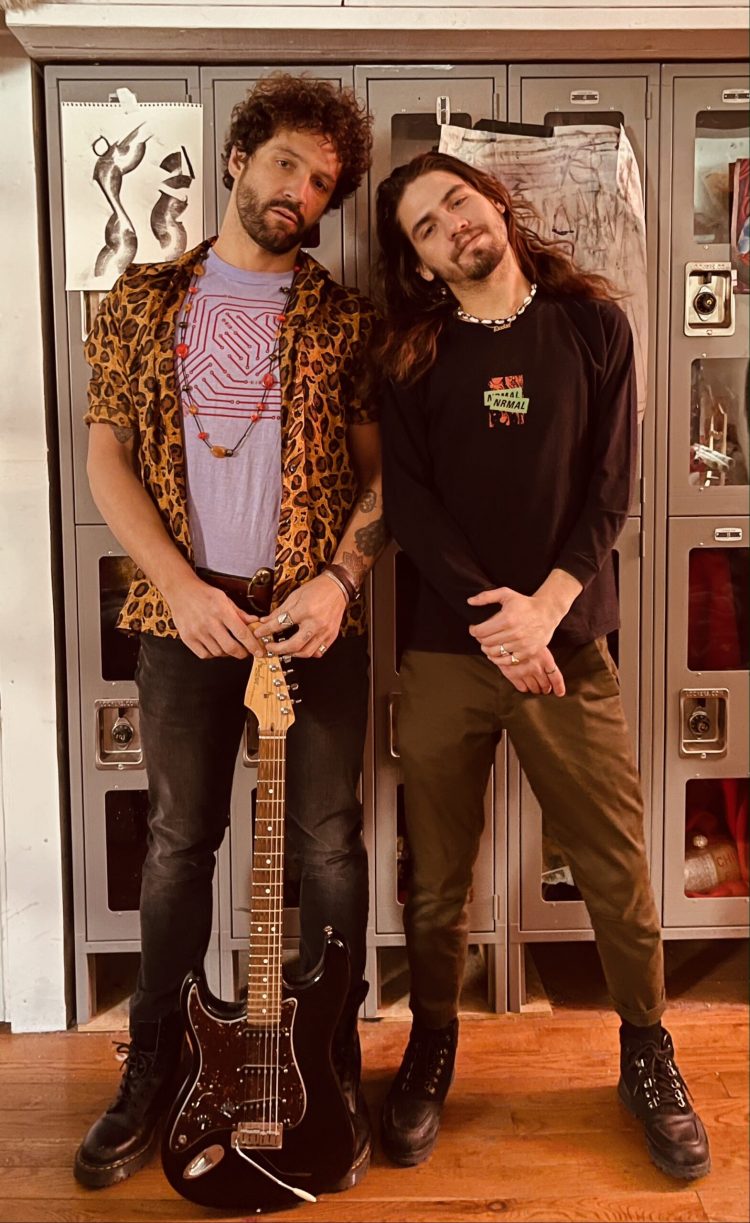 Over the last couple of years, The Golden Pony has been one of the hottest EDM acts in the world. Led by Timothy Layn, the electronic duo has toured on a global scale and has received over 50 million collective streams for their productions. Shifting his musical focus, Layn has chosen to launch a new project: an electro-rock duo called STRAINJER.

STRAINJER’s music is just as intriguing as the pair’s name. They utilize a unique combo of drums, guitar riffs, and mesmerizing vocals to give off an aura that is reminiscent of 80s synth-pop. This distinct sound is extremely present in their debut single “Cherry’s Bent”. The track delivers powerful lyrics and a beautiful instrumental that work together to tell a story to the listener.

Adding to the appeal of “Cherry’s Bent”, STRAINJER has decided to release a music video for the anthem. The video includes snippets of retro visuals that make the audience feel in the midst of throwback vibes. Telling the hilarious process behind making the video, Layn shares, “a number of the scenes in the video are about me being in this video game “Grand Theft Auto”, where the player steals cars and motorcycles. Ironically, the scooter which I am driving in the video was actually stolen right after the video shoot! I was so exhausted from the shoot I forgot to lock it up.  I was super pissed at the time but can laugh about it now as insurance paid more $ than I bought it for, and I have a new scooter.  Which I lock every night!“

This funny story fits the comedic, but interesting theme of the “Cherry’s Bent” music video. The video also introduces imagery of STRAINJER performing live and going on tour. Other elements, like the analog TV backgrounds, simply boost the overall aesthetic of the music video. Altogether, the song and video are projects that showcase STRAINJER’s promising future in the music industry.