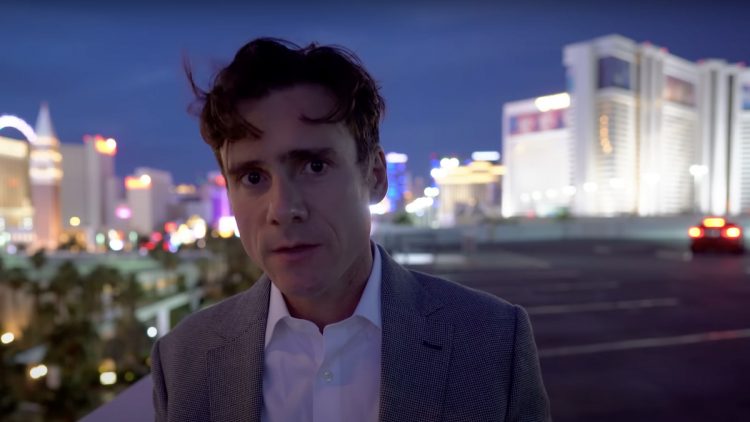 Jimmy Eat World have released their second single of 2022, “Place Your Debts,” along with an accompanying music video shot, directed, and starring frontman Jim Adkins.

The track was co-produced by the band with Justin Meldal-Johnsen and co-written with The Faint’s Clark Baechle and Denver Dalley of Desaparecidos. As the softer sonic complement to June’s hooky throwback jam “Something Loud,” “Place Your Debts” follows a deliberately slower pace as the band weighs the risks and what they stand to lose. They choose to go all-in with an anthemic chorus that asks, “How do we keep making all the same mistakes?/ We’d rather have the misery than growing pains.”

Adkins explained the song’s namesake in a statement, sharing, “The ‘debt’ you rack up is the time you spend avoiding doing the work to know yourself. You buy an ending every time you start something, and the cost is determined by how closely you pay attention to your personal condition.”

The music video features a series of portrait-framed solo shots of the singer stitched together from scenes on the band’s world tour in 2022. “It is a concept you can’t really scout for,” Adkins-as-director added. “You have to just be aware and be looking for interesting locations all the time.” Watch the visual for “Place Your Debts” below.

Jimmy Eat World will wrap their Fall 2022 tour in Phoenix on October 28th after three nights at Las Vegas’ inaugural pop-punk festival When We Were Young this weekend. Grab your seats via Ticketmaster.

The band’s most recent album, Surviving, arrived in 2019.

What is Subitizing in Math? Plus, Fun Ways to Teach and Practice It