NBA: Lakers take step ‘in the right direction’ despite loss to Clippers 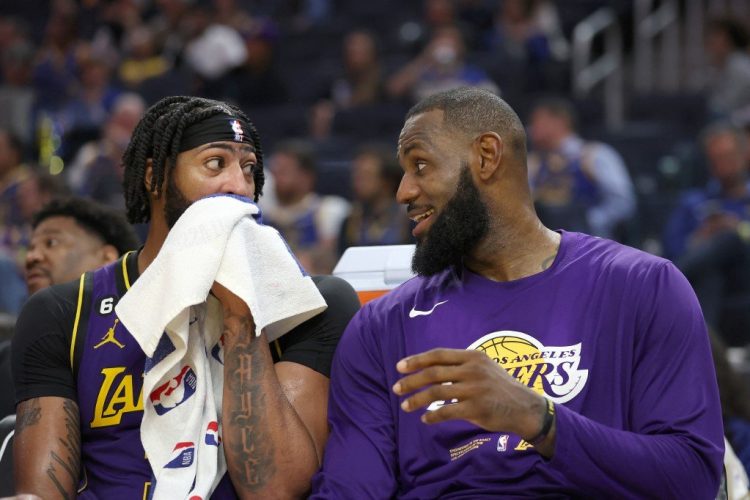 The Los Angeles Lakers fell to a second straight defeat to start the NBA season, but coach Darvin Ham said he liked the fight he saw from LeBron James, Anthony Davis and company.

James finished with 20 points and 10 rebounds and Davis scored 25 points with eight rebounds despite hurting his back in a hard fall in the third quarter of the Lakers’ 103-97 loss to the Clippers.

“We had a no-quit mentality,” said Ham, whose assessment that the Lakers were “trending in the right direction” was echoed by Davis.

“Our competitive spirit was there,” Anthony Davis said. “We did a good job on all their guys defensively. We’ve just got to do a better job of making shots.”

Russell Westbrook had another nightmarish outing, scoring just two points on free throws as he went 0-for-11 from the field.

He did contribute defensively as the Lakers erased two sizeable deficits.

A 17-0 scoring run gave the Clippers a 15-point lead in the third quarter.

The Lakers battled back and took a two-point lead in the fourth quarter before the Clippers pulled away again.

The Lakers have cut the lead to 2 on TNT #KiaTipOff22 pic.twitter.com/pxfZQXLkP0

LeBron said it was an improvement on the Lakers’ season-opening loss to the Golden State Warriors.

“We played the right way,” James said. “I think we made another step forward today.”

The Clippers, who hope Kawhi Leonard’s return from a torn knee ligament will take them to a first NBA title, beat the 17-time champion Lakers for the eighth straight time.