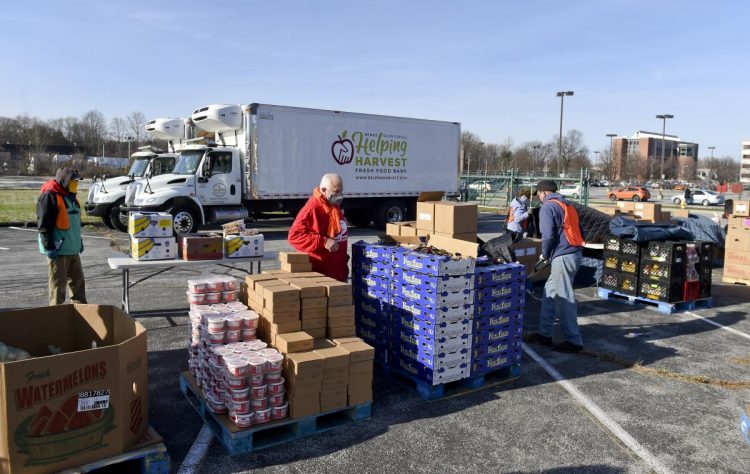 A new report, based on a survey of tens of thousands of community college students, found that they face rampant food and housing insecurity that may outpace the on-campus assistance services available to them.

The survey of 82,424 community college students from 194 institutions was conducted in spring 2021 by the Center for Community College Student Engagement, a service and research initiative in the educational leadership and policy department at the University of Texas at Austin. The report also includes insights from interviews with 45 students at three community colleges.

The report, released Wednesday, found that a fifth of students cut back on or skipped meals in the month prior to the survey because of costs. Almost a third of respondents ran out of food and didn’t have the money to buy more during that time.

Linda García, executive director of the center, said some students described in interviews how they’d save food for the days they had class to make sure they had enough energy to focus. Others, who were parents, said they cut back on their own meals so their children would have more to eat.

“Helping students meet their needs, it’s an equity issue,” she said. “We looked at students of color, low income—they were more likely to face food and housing insecurity. Even think about the challenges accessing or paying for student mental health care, childcare, transportation. All of that can really affect academic success.”

Unstable housing was also a prevalent issue among survey respondents. More than a quarter of students, 27 percent, reported that they were unable to pay one of their rent or mortgage payments in full during the last year. A similar share, 28 percent, couldn’t fully pay their utility bills during that time period. Meanwhile, 14 percent of respondents struggled with housing insecurity. Student parents were more likely to face all of these challenges compared to their classmates.

Bryce McKibben, senior director of policy and advocacy at the Hope Center for College, Community, and Justice at Temple University in Philadelphia, said the report’s findings are unsurprising and consistent with Hope Center surveys about student food and housing insecurity fielded long before the COVID-19 pandemic. He believes even as the pandemic wanes, inflation and the increasing costs of food and rent are poised to worsen the problem.

“Students are seeing the same cost increases that every other person is,” he said. “I think we’re going to see rates of housing and food and other basic needs insecurity go up as a result of these increases, not down as some might predict because we’re out of the pandemic.”

The pandemic has heightened campus leaders’ attention to these issues, but only a fraction of students in need are using campus resources, according to the report. Among food-insecure students, fewer than half said the college helped them attain food in the month prior to the survey. A fifth of students got housing help from their college in the last year. Similarly, a fifth of students unable to fully pay their utility bills got financial assistance from their colleges.

García said students are possibly relying more heavily on local community assistance resources. But at the same time, “We want to make sure, are students aware of the resources that are offered at the community college? How do we make the information inescapable so they’re aware of it and more likely to utilize it, too?”

The report suggests that the academic success of these students is at stake. The majority of respondents, 69 percent, indicated that a lack of financial resources could lead them to drop out of college. However, it also found that students wrestling with food and housing insecurity are among the most engaged in terms of interacting with their professors, taking on academic challenges and collaborating with fellow students, among other metrics.

“If these students are the most engaged, these students who have the most need stand to lose the most,” García said. In interviews, “a lot of students talked about wanting to persist because they wanted to better their situation … They really were hopeful that attaining their degree at the community college or attaining their goal at the college, whether it’s to transfer, was going to get them out of the situation. They had visions of aspiring to higher levels.”

The report also includes a series of recommendations for campus leaders, faculty members, counselors and trustees. It suggests building partnerships with community organizations, limiting the caseloads of academic advisers so they can regularly follow up with students about their basic needs and disseminating information about available support services through student government, course syllabi and other means, among other ideas.

Paula Talley, executive director of program development at Achieving the Dream, an organization focused on community college student success, noted that community colleges are often underresourced relative to their four-year counterparts, so it’s especially important for them to collaborate with community organizations to fill in gaps in their food and housing services. She found that the pandemic galvanized colleges to create new community partnerships, which she believes will continue to help students long after the pandemic ends.

“These partnerships in the community have been established,” she said. “There’s no going back.”

McKibben praised the recommendations in the report but stressed that state and federal policy makers also have a role to play in addressing food and housing insecurity among community college students. For example, he wants state lawmakers to adopt policies that ensure students have access to food benefits through the Supplemental Nutrition Assistance Program, or SNAP.

“For students who are food insecure, why are we not making sure that every one of those students can gain access to SNAP if they’re eligible?” he said. “Instead, we have restrictive eligibility rules that in many cases exclude students, and then we just have a lack of communication by policy makers and by colleges to actually notify even the students who are eligible, who meet the income criteria, that it’s even available for them. That’s a real responsibility on state policy makers.”

He also noted that at the federal level, SNAP has a requirement that recipients work at least 20 hours per week, a challenge for students.

“It takes a village,” he said. “But policy is where the systems-level change is going to happen.”

Eating Out in Barcelona for Under 10 Euros