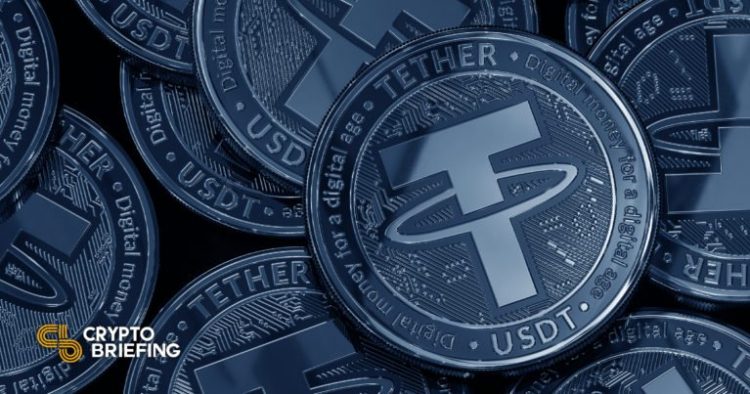 Tether has successfully ditched the entirety of its commercial paper holdings in favor of U.S. Treasury Bills, which could now make up approximately 56.3% of the company’s total reserves.

“The Most Secure Reserves”

Tether has made good on its promise to drop commercial paper.

The leading stablecoin issuer announced today that it had eliminated commercial paper from its reserves and replaced the funds with U.S. Treasury Bills. According to the company, the move was made in an effort to back its USDT tokens with “the most secure reserves in the market.”

Stablecoins are cryptocurrencies designed to remain at parity with a government-issued currency such as the U.S. dollar or the euro. Tether is the biggest stablecoin issuer in the world; with a market capitalization of $68.3 billion, USDT is currently the third largest coin after BTC and ETH. Rival centralized stablecoins USDC and BUSD come in fourth and seventh, respectively, with market capitalizations of $45.6 billion and $21.6 billion.

Tether’s latest report is part of the stablecoin issuer’s ongoing effort to increase the transparency of its proceedings after being hit with multiple waves of fear, doubt, and uncertainty surrounding the state of its reserves. Nicknamed “Tether truthers” by the rest of the crypto industry, critics have repeatedly argued that, by its sheer size, the company posed an existential threat to crypto and the wider financial system.

Concerns around Tether have been hard to alleviate. From 2017 to 2022, the company has had its reserves audited ten times by six different agencies, but this has done little to quench negative rumors. In August, Tether vowed to go through a full audit after an article in the Wall Street Journal criticized the company for not having yet done an “audit that’s akin to a corporate colonoscopy.”

While USDT has already lost its $1 peg in the past, the token has always quickly regained its value, even in high-pressure instances. During the market turmoil caused by Terra’s implosion in May, Tether was able to redeem more than $8 billion worth of USDT without suffering any major problems.

Will evermore increasing transparency and full audits be enough for Tether to shed doubts as to the state of its reserves? It hasn’t so far, but one can hope.

Disclaimer: At the time of writing, the author of this piece owned BTC, ETH, and several other cryptocurrencies.

GIFT GUIDE FOR KIDS – Katie Did What