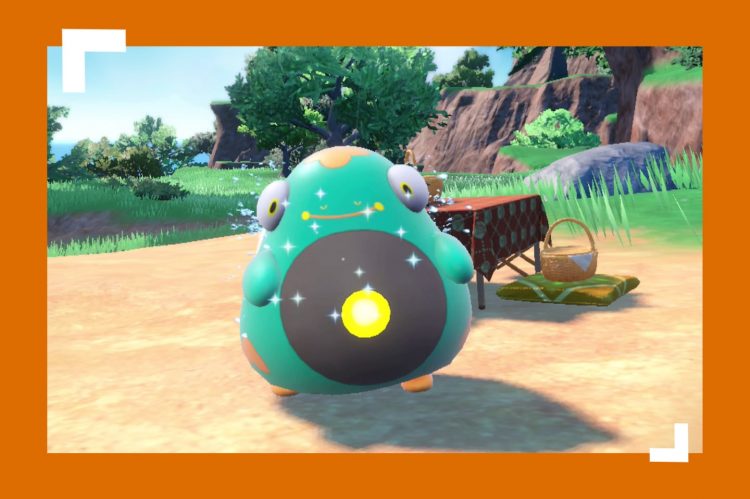 Nintendo and Game Freak are back with another installment of Pokémon and The Washington Post was able to try it out and form impressions. “Pokémon Scarlet” and “Pokémon Violet,” which release on Nov. 18, demonstrate that the developers are listening to fans — at least a little more than they have in the past. The titles add fun, creative elements to shake up the classic, repetitive formula of battling and catching Pokémon on the road from gym to gym.

In “Scarlet” and “Violet,” you play a Pokémon trainer; your goal, as always, is to defeat gym leaders and collect as many Pokémon as possible. That’s not a huge deviation from Game Freak’s usual fare. Pokémon games have generally stuck to a stable progression path, a fixed camera, and a non-playable character rival who can’t win — but also can’t give up. This time, though, players will explore a massive open-world map. Water can be swam in. Cliffs can be climbed. The explorable Wild Area of 2019′s “Sword” and “Shield” games has essentially been scaled to a whole map.

Fans have also emphasized how much they like character customization and cooking in Pokémon games, both elements that make it into “Scarlet” and “Violet.” Rather than cooking curry dishes like you did in the 2019 games, this time it’s sandwiches. And oh boy, the sandwiches that you can make.

To test out how monstrous these sandwiches can get, I tried to make one with pickles, avocado, whipped cream, cream cheese, bacon, ham and a potato tortilla. After selecting the custom ingredients, the next challenge is to balance them all on the plate on a slice of bread, in a mini game reminiscent of Cooking Mama titles. My tortilla fell off the plate, which meant my Pokémon lost out on their chance to eat it, but they still got to enjoy plenty of whipped cream and bacon.

Making food in Pokémon always begs the question — are the Pokémon eating themselves? Are they cannibals? Some of the ingredients are meat, but what’s the meat made out of? How do Pokémon with food-based designs like Exeggcute or Applin factor in? These are the unsolved mysteries of Pokémon.

While making the most disgusting sandwich possible was a fun experience, the outcome was a letdown: Even though I had clearly created an abomination to rival any other sandwich, my Pokémon loved the dish. It even gave them a power-up for the next battle.

During the preview, my team consisted of the new Pokémon Wiglett, Armarouge, Cetitan and Bellibolt as well as a classic Psyduck. I accidentally made my Nintendo representative laugh when I asked if I needed to keep Wiglett in my party.

“Wiglett is the main character, right?”

“No, he’s not,” he responded, adamantly. “He’s definitely not the main character.”

Staying true to form, “Scarlet” and “Violet” have three starter Pokémon to pick from, restarting the age-old rivalry between grass, fire and water types. Even though I always go for a fire type, I have to admit that the feline-like grass type Sprigatito wields a natural charm. The same can’t be said for the fire starter, Fuecoco, who looks like a slightly more confused Charmander, and the duck-like Quaxly.

Game Freak has a much more positive spin on Pokémon rivals in this latest installment. One of the few female rivals in a Pokémon game, Nemona, who has an edgy green streak in her hair, is more the sassy sidekick who encourages you and gives you potions rather than a rival who hounds you at every town, begging for a challenge. It’s an interesting change in dynamic because now instead of feeling bad for crushing “Sword” and “Shield’s” Hop at every town and wondering why he can’t seem to learn Pokémon types, “Scarlet” and “Violet” seem to be advocating for more positivity and camaraderie.

Depending on which copy of the game you pick up, you can ride the legendary Pokémon Koraidon (in “Scarlet”) and Miraidon (in “Violet”) as a mount around the whole world. Players also get to move around the world with fewer hassles. Unlike in previous titles, random trainers you meet on the street don’t automatically battle you, and a fight is only triggered if you walk up to talk to them.

“Scarlet” and “Violet” do a good job of keeping fans entertained with creative elements and minigames. At every gym, before you challenge the gym leader, you must do some small tasks, such as rescuing ten Sunflora.

Characters can be customized with various hairstyles, hair and eye colors that feel like Pokémon took a page out of K-pop styles and anime. I gave my character light pink hair and stylish eyes.

Pokémon enthusiasts have long called for an in-game world that feels more interactive and responsive than the series has offered in the past, which is part of the reason the multiplayer Pokémon clone ‘Temtem” appealed to fans. Older Pokémon titles were single player or had a roundabout way for friends to connect their devices and trade creatures. “Scarlet” and “Violet” seem to push the envelope further with their vast open world.

Review: ‘Temtem’ is a Pokémon clone that Pokémon would be wise to emulate

Fighting animations still look pretty standard, though I didn’t have a chance to see if a basic kick move still looks like a foot, something fans laughed at and memed with “Sword” and “Shield.” One of the bosses, Mela, wears large red boots that can’t bend at the knee, so she walks with a really funky and hilarious-looking animation.

The graphics get a leg up when Pokémon are terastallizing, a new battle mechanic that makes Pokémon sparkly and more powerful. Players can go around to find different kinds of tera orbs, which they can then use on a Pokémon of their choosing to power them up. The tera orbs can change the tera types of the Pokémon, which will probably make for some creative fights, as players figure out rare combos.

Still, even though “Scarlet” and “Violet” definitely feel fresh and new in some ways, in others they still run into the limitations mainline Pokémon titles have struggled with before.

Local multiplayer battles are still clunky in the way that some multiplayer experiences on Nintendo can be. After connecting all the devices and starting the battle — which can take a few minutes to load — the battle itself lasted about as long. Another player’s Pokémon destroyed the terastallized opponent so quickly, that I had only managed to cheer them on and spam some quick attacks. I found that I was essentially useless, that the raid was over and that I had already been returned to my single player experience before I knew it.

Create surreal Pokémon lookalikes of Jeff Bezos, The Rock and more with AI

And unlike in “Pokémon Legends: Arceus,” you can’t sneak up on Pokémon, throw a Poké Ball and catch them seamlessly. Sneaking up on Pokémon still catches them by surprise, but it triggers a turn-based fight, similar to previous mainline Pokémon games. You can, however, spam the R button to send Pokémon out to battle each other automatically as a shortcut to sitting through full battles.

For the most part, Game Freak seems to have received feedback about what fans liked from previous titles and what they want more of in new games. “Scarlet” and “Violet” feel like the developers are going in the direction that fans want: More open-world exploration, more multiplayer experiences, more capitalizing on the battling system and more interesting encounters with Pokémon.

Ten Ways to Have a Fun Weekend!

The Rise of Virtual Youtubers in The Content Creation World

How Can You Get an Arkansas Driver’s License?