Apple launched the iPod 21 years ago, and changed the world 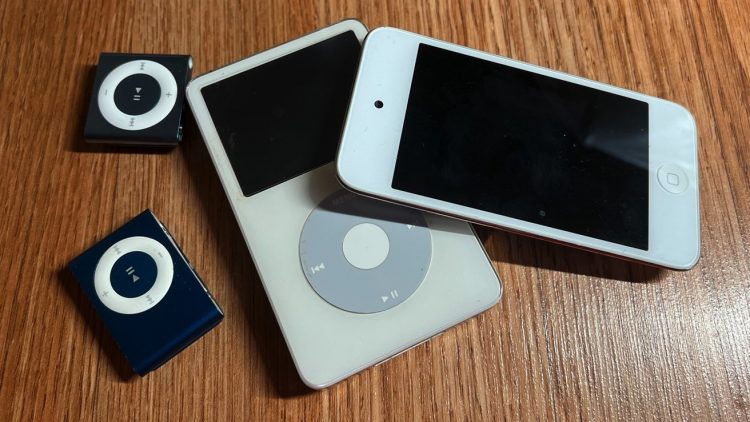 The iPod line did not survive to see its 21st birthday, but the influence of this once-ubiquitous device shaped Apple, music, and the world.

You had one. Everybody had an iPod, some people had several, and at the time it seemed as if Apple had somehow thrown a light switch. One moment, almost nobody had any portable music players, and the next they were all wearing those white earbuds.

That isn’t true, of course, because the iPod did take a long time to climb up as high as it got. Yet its ultimate dominance was so total that it used to be hard to imagine a time when there wasn’t an iPod.

It was hard, too, to remember that there were alternatives, but there were many. Apple’s iPod was far from the first music player, and Microsoft’s failed, brown Zune may not even have been its absolute worst rival.

As with any drama about a rise to power, though, the iPod should have watched its friends as well as its enemies. For the iPod was destroyed by a competing device, and when it came, the blow from Apple’s own iPhone was total.

You don’t have an iPod any more. It’s possible that there’s one in a drawer somewhere, but in another light switch, this treasure of our age went from everywhere to nearly nowhere except for some stalwarts that have removed the hard drives in place of flash media.

When Apple announced the end of the very last iteration of the iPod, it did so with a headline that was meant to celebrate the device, but felt more like a dismissal of it. “The music lives on,” was the whole headline for the May 2022 announcement that first admitted the iPod was dead, and then spent more time talking up Apple’s AirPods.

If you want evidence of just how quickly we forget things, you were surprised to read there that the iPod’s death was in May 2022. It already seems longer ago, partly because in one way, it was.

Long, long before the last gasp of the iPod touch, it had gone from a physical device to briefly being the name of the music app on the iPhone.

But the iPod’s influence does live on

It’s not certain that it was because we had the iPod that we got the iPhone, but it does look like it.

“The start of the iPhone project happened from the iPod project,” said designer Tony Fadell, best known for his work on Apple’s iPod. “We started seeing these feature phones with cameras starting to add digital music features, tools in your phone.”

“And it was clear at some point they might be able to catch up with us with this lead that we had with the iPod,” he continued. “We were saying… what is the future of the iPod? And if people have two devices in their hand, which one would they pick up every time.”

But then as well as being Apple’s inspiration, it was so incredibly successful that profits from it enabled Apple to develop the iPhone.

Similarly, it’s also not certain that music and the music industry would be in the position and the form that it is today, if it weren’t for the iPod. And yet you doubt it, because iPod led to iTunes, which begat the iTunes Music Store, and that changed the world.

It’s a smaller step from the iTunes Music Store to streaming services like Apple Music, than it was from CDs and vinyl to digital downloads. In the early 2000s, Steve Jobs had to talk the record labels in to providing music, and now streaming is their survival.

Looking back now, it’s hard to imagine what a brick wall the record labels represented. Jobs only broke through because — back then — he could say that Apple was so small that it wouldn’t have any noticeable impact on their business.

Today, the idea that Apple could ever be thought of as small is laughable — although Apple sometimes tries it on. And it’s never again going to be dependent on Windows users, the way it was at the start of the iPod.

A glass of water in a desert

When Apple’s Jon Rubinstein bought Toshiba’s entire inventory of miniature hard drives for the device, and Tony Fadell worked on its hardware design, the iPod was intended to be only for the Mac.

At least, that was Jobs’s intention. Fadell eventually enlisted journalist Wall Mossberg to persuade Jobs to open up the iPod to Windows users.

But at the launch, it was Mac-only, and the New York Times shrugged. The publication said the iPod was nice for Mac users, “but to the rest of the Windows world, it doesn’t make any difference.”

Of all the places to give the iPod a rave, though, you might not have expected one from PC Magazine. “Leave it to Apple to come out with the world’s coolest — and dare we say best — MP3 player,” said the magazine’s review. “Not just candy.”

“Its usefulness and simplicity make it a standout product, even for the price,” it continued. “Our only gripe: while the Mac-friendly iPod is available now, a rumored PC version won’t appear until spring, if ever.”

Perhaps PC Magazine had been listening to Fadell about wanting to bring the iPod to Windows. But it still took until July 2002 for that to happen.

From Windows to being shown the door

From 2002 to 2007, the iPod ruled — and it ruled an ever-expanding empire whose sheer momentum made it appear unstoppable. The word “iPod” became like Biro and Hoover, one trade name that people used to describe a whole industry of competing products.

Apple’s lawyers may not have loved that, but on the other hand there were no competing products to speak of.

And then Apple itself used the term to help sell a different device. In 2007, Steve Jobs gave a masterclass of a presentation, in which he got everyone watching excited by the prospect of “a widescreen iPod with touch controls.”

It was the end of the iPod, except we didn’t know it — and Apple was still 15 years away from abandoning the device.

For a while, the iPhone could even be thought to be helping the iPod. Its success — also slow to grow but then quite overwhelming — brought the world iOS, and with it, the iPod touch.

That really was a widescreen iPod with touch controls, and, more significantly, it was cheaper because it wasn’t a phone. You could buy an iPod touch as your gateway drug into Apple’s ecosystem, and then later move to an iPhone.

But you would move to an iPhone. Even as Apple kept coming out with more versions of the iPod touch, the world was putting its little white devices in drawers.

Apple’s upbeat announcement about the end of the iPod

It used to be that, “iPod” was the word used for all music players. Now if you write the word iPod, it could even get autocorrected into “iPad.”

The iPod is 21 years old on October 23, 2022, and it is being erased from history. But it’s left a mark and our world has been shaped by it.

Who will be the NBA MVP?