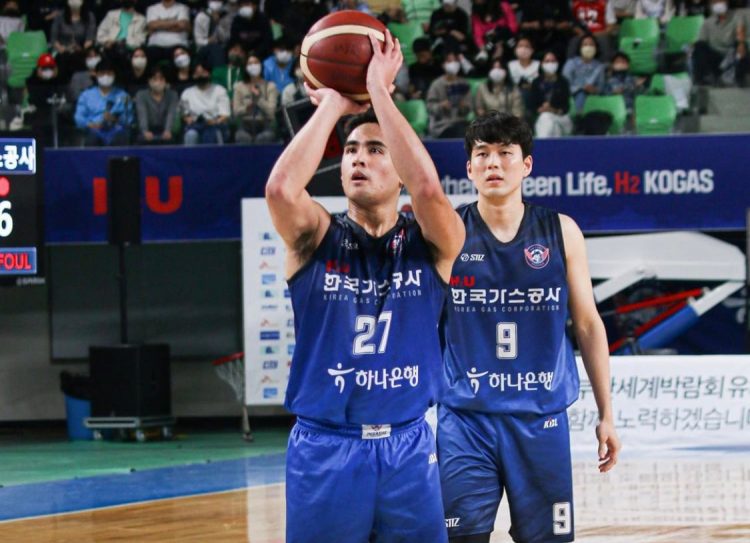 SJ Belangel shoots a free throw during a game against KCC Egis in the Korean Basketball League. Photo from Daegu KOGAS Instagram

MANILA, Philippines—The Daegu KOGAS Pegasus suffered their second straight loss at the hands of the Seoul Samsung Thunders, 81-70, in the Korean Basketball League at Jamsil Arena on Sunday.

SJ Belangel only scored six points but he contributed in other ways with seven rebounds, two assists and three steals for the Pegasus, who slipped to 1-3.

Rhenz Abando, meanwhile, remained sidelined for Anyang KGC in an 81-79 loss to the Jeonju KCC Egis at Jeonju Gymnasium.

Anyang absorbed its first defeat after opening the season with four wins in a row.

Another Filipino import Ethan Alvano was victorious after giving his team Wonju DB Promy a big lift in their win over the Seoul SK Knights at Wonju Gymnasium, 92-83.

Alvano, who had a stint with Alab Pilipinas in the Asean Basketball League, finished with 13 points, six rebounds, three assists and a steal.

The Fil-Am playmaker also sank two triples for Wonju, which leveled its record to 2-2.

We can teach math better–here’s how