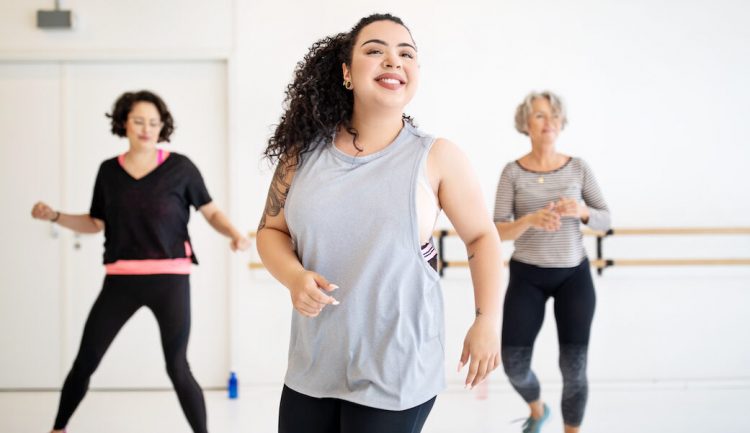 When it comes to buying everything from groceries to gas, you’ve likely realized that everyday purchases are costing you more at the moment because of inflation. As a refresher, inflation is the rate at which prices for goods and services increase. These past 12 months have seen inflation rates rise drastically, with an average of 8.3 percent and a high of 9.1 percent in June 2022. In comparison, 2021 saw the average rate at 4.7 percent, and a mere 1.2 percent in 2020.

Between June 2021 and June 2022, the U.S. Bureau of Labor Statistics found that gas increased by 60.2 percent, energy by 41.6 percent, electricity by 13.7 percent, and food by 10.4 percent. There’s barely any part of the economy that isn’t feeling a squeeze because of inflation, with one big exception: the fitness industry. According to Mindbody’s 2022 State of The Industry Report, the inflation rate for fitness classes comes in at just 3.5 percent, less than half the national average.

Why hasn’t inflation hit the fitness industry as hard?

One of the many reasons could be that the fitness industry is service based, rather than product based. For example, let’s use a fitness studio. If they’re an already established business, they likely have a long-term lease, so their rent is stable, and they already have their equipment, so they’re not at the mercy of today’s supply shortages and price hikes. Which is all to say that they’re overhead is staying relatively the same as it was a year or to (or more) ago. And digital fitness brands have even lower overhead costs, compared to brick-and-mortar ones.

Because of this, fitness studios and gyms can afford to keep their class and membership costs flat (meaning no change) or increase them slightly in line with normal inflation increases, which are around three percent per year on average. Not to mention demand for fitness content continues to be high, even during the pandemic and with a potential recession looming.

In April 2022, StyleSeat surveyed 1,421 Americans on their spending habits for fitness and wellness services amid inflation hikes, and 71 percent of respondents said they did not plan on cutting back on their spending, despite price increases. Similarly, 72 percent of Americans said they want to treat their health as an investment, according to a recent study conducted by OnePoll. The same results were found in Mindbody’s 2022 Wellness Index survey of 16,000 adults. 87 percent said they were happy to maintain or increase spending on wellness services, and 85 percent for in-person fitness classes.

Demand is high, but so is supply. There’s no shortage of ways to work out these days, and that friendly competition is likely contributing to price stability in the fitness industry, too, as no one can afford to increase prices too much without sending their clients somewhere else. So for now, at least, it seems like we’ve reached a point of exercise equilibrium.