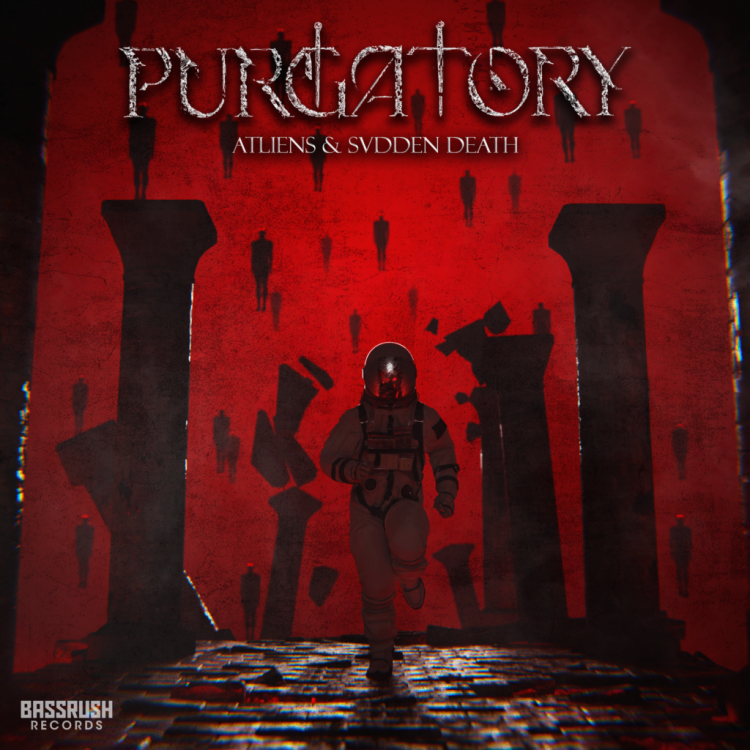 Out now on BASSRUSH, “Purgatory” is the first collaboration between bass music superstars SVDDEN DEATH and ATLIENS. Just days before the first-annual Summoning Of The Eclipse Fest in Tennessee, curated by SVDDEN DEATH himself, “Purgatory” is an explosive mood-setter that will have fans salivating for what’s to come.

The track has been unofficially circulating bass music circles for almost two years, garnering the support of reputable names and traction on social media channels like Twitter and Reddit. Just under the three minute mark, the track features an obscurely ominous introduction leading into a prolonged build-up, almost a purgatory of its own for listeners. Slightly more experimental than past releases for both artists, the track is reminiscent of space travel or alien sound – sporting an astronaut on the track artwork, designed by BeSafe. While SVDDEN DEATH normally releases independently through his own label, Svdden Death Recordings, this will be ATLiens’ second time releasing with Bassrush, following their secondary EP Ghost Planet.

“I never planned on this track being released, as it was a quick WIP the Aliens sent me during quarantine to work on right before my EDC set in 2020. Over two years after the track was played out during my EDC stream, fans seemed to still be tagging us in it and the hype continued to grow. So when the Aliens asked if they could release it a couple years later…I was hesitant at first, but after we worked on it some more and upgraded it a bit, I said, “F*** it, let’s do it’ – and I’m finally happy with the result and stoked for everyone to hear it.”

How To Dispute Errors on Your Credit Report