No, 180 Isn’t Your Ideal Running Cadence. Here’s What Is 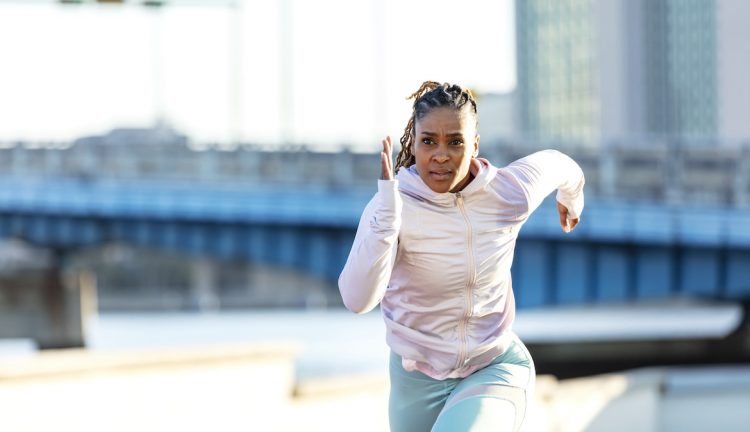 Of the many running form tips repeated around the internet, one of the most common pieces of advice is to increase your step rate, AKA cadence, in order to become a faster, more efficient runner. In particular, 180 steps per minute (spm) is often repeated as the “gold standard” to aspire towards.

But that gold standard is in fact fool’s gold. Here’s why—and a better goal to aim for instead.

No, not that Jack Daniels! Who I’m referring to is the legendary running coach Jack Daniels, who at the 1984 Olympics noted that, no matter the distance of their race, all of the runners there—with the exception of one—were running at or above 180 steps per minute. He further noted that all of the beginner and intermediate runners he worked with ran at less than 180 steps per minute.

Through the years, this observation was left unchallenged and morphed into an unquestioned principle of running (never mind the fact that Daniels observed that the runners were above 180 spm, not exactly at it).

“During my high school years and even into college, the golden rule of ‘180 steps per minute’ was often repeated by my coaches and peers,” says ultra runner and running coach Christopher Kokotajlo. “It wasn’t until I started questioning the basis for it and looking into it myself and the research that I realized it was based on a misunderstanding and twisting of an initial observation by an elite coach at an elite track meet.”

There are a couple main reasons the 180 spm myth caught on: 1. It’s easy to follow (just get to this number!) and, 2. Increasing cadence for beginner and intermediate runners can be quite helpful because it limits over-striding.

“Landing with your foot far out in front of you means your knee joint is extended straighter,” says running specialist and physical therapist Leslie Williams, DPT. “That is a disadvantaged position, meaning the muscles cannot absorb as much force.” Instead, that force then travels into the knee, she says.

When you increase your cadence, the research not only shows you reduce stress at the knee but also at the hip. You also decrease the amount you’re breaking your momentum, so you end up being more efficient.

The problem with the 180 spm rule is that it’s a static and absolute rule that’s being applied to a dynamic and relative spectrum. What Daniels observed is that fast runners tend to take more steps per minute, which seems obvious, but instead of the takeaway becoming a relative one—“increase your cadence”—it became a static one—“hit 180 spm.”

Imagine if a coach used the average jumping height of NBA players—nearly 2.5 feet—as a metric for how high the everyday basketball player should jump. Or if the average tennis serve of professionals on the World Tennis Tour (around 105 mph for women and 120 mph for men) was used as a standard for your weekend tennis player.

That coach would be laughed at because it’s inherently ridiculous. You can’t set standards for the average population based on the subset that is best at it. Yet that’s exactly what’s happened in running.

The most proven method for effectively improving cadence is to increase your steps per minute by five to 10 percent. This range is consistently shown to give the benefits of increasing cadence—reduced load and stress through the lower body joints, decreased braking impulse, improved running efficiency—while not significantly increasing energy expenditure. In other words, you can reap the benefits while not tiring yourself out.

“In my experience, the five to 10 percent rule is simple enough to follow and doesn’t focus on unnecessarily rigid rules,” says Kokotajlo. “It also reinforces the importance of gradual improvement, which helps both with adoption of the new cadence and can reduce injury risks.”

Keep in mind that adopting any new running strategy won’t be a straightforward process. If there are certain runs where you aren’t quite getting to your mark, that’s okay! Just keep working at it.

Our editors independently select these products. Making a purchase through our links may earn Well+Good a commission.

How to Cut Meeting Times

The 4 Biggest Difficulties Every Entrepreneur Faces