The Absolute Worst Things to Do the Night Before a Big Race, According to 16 Runners Who Lived It 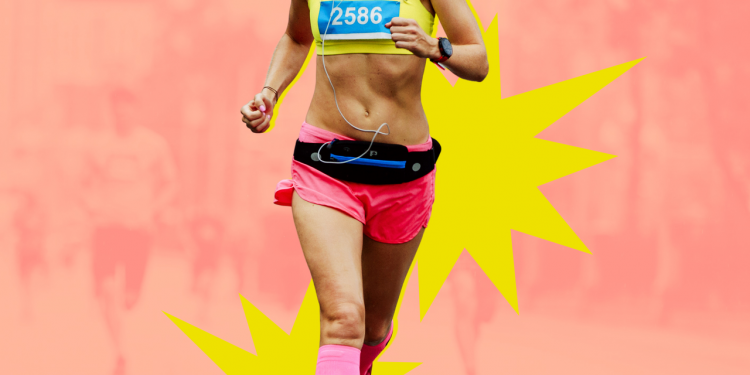 Leading into my second Boston Marathon, I developed a pain in my lower leg I assumed was shin splints. The night before the race, desperate to ward off any aches I might have the next day, I tried something new: a pain-relieving cream containing capsaicin, the ingredient that makes peppers spicy.

I smeared on a heavy layer of it—more than the recommended amount—and the resulting fiery sensation kept me up all night, when I desperately needed sleep. The next day, the discomfort was still there, plus I felt nauseous and dizzy as I made my way to the start line. I ran the race and finished, but logged a time far off my goal.

Afterward, I learned those “shin splints” were actually a stress fracture in my tibia.

The experience sucked, but it taught me a lot: Do not run through pain, do not try anything new the night before race day, and read medication instructions carefully.

That was the worst thing I’ve ever done right before a big race, and the learning experience has stuck with me through the subsequent 10 marathons I’ve run over the past 10 years. Of course, I’m far from the only runner to have endured such an unwelcome pre-race tutorial.

Here, 16 other athletes—from recreational runners to elite marathon champions—share their last-minute slipups, what they took away, and how you can plan ahead to avoid similar mishaps.

“In 2009, I was about to run my first half-marathon: the Napa-to-Sonoma Half Marathon. People always say to hydrate, but I’d ignored that advice throughout my training. Twelve hours out from race time, though, seemed like the time to start heeding it.

During my pre-race team dinner, I decided to drink as much water as possible to make sure I was hydrated. I drank eight—eight!—bottles of water. Just one after the other, like a frat boy at his first keg party.

‘Cool,’ I thought, as dinner ended. ‘I’m hydrated now!’ Except that’s not really how it works, and instead I spent the entire night getting up to pee. I probably didn’t get more than an hour of uninterrupted sleep because my bladder was so full.” —Ali Feller, host of the Ali on the Run Show (Hopkinton, New Hampshire)

Do drink regularly and normally: Take it slow, sipping regularly in the weeks and days leading up to your race, and follow these guidelines for making sure you’re staying hydrated.

“At the 2016 Chicago Marathon, I reset my recurring alarm for my correct wakeup time, but forgot to take into account that I don’t have it set to go off on Sunday mornings. So the time I chose was set for every weekday, but not for Sunday—the day of the race.

I was awoken by my teammate Tatyana McFadden banging on my door when I had only five minutes to get out of the hotel. My advice: Make sure that you have your alarm set for the correct time and day. Also, having a supporter around who will make sure you’re up in time is a great gift as well.” —Susannah Scaroni, professional wheelchair racer who won the 2022 Chicago Marathon championship and is racing the 2022 New York City Marathon (Champaign, Illinois)

The Indianapolis Colts were ruined by Chris Ballard, not by drafting Alec Pierce

15 Minutes of Physical Activity Is Linked to a Longer Life