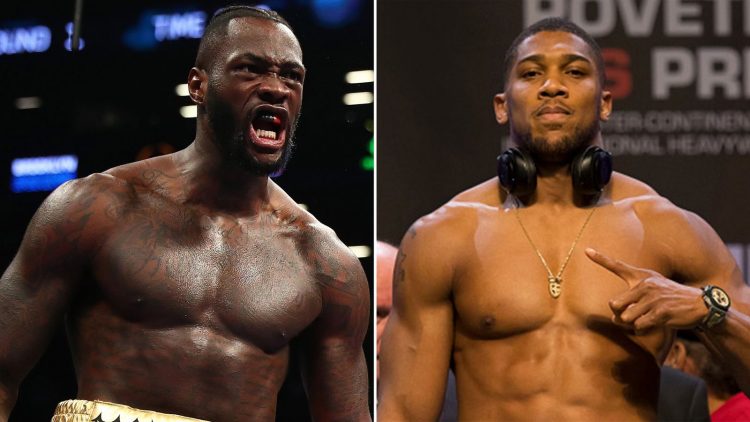 Deontay Wilder. Anthony Joshua. Two of the biggest names in boxing today. Wilder is known for his vicious knockout power and his famous brutal trilogy with Tyson Fury that entertained fans worldwide. Then you have Anthony Joshua the UK’s hero. Olympic Gold Medalist and destined for the very top from the start. The top was reached in 2017 at Wembley Stadium where Joshua stopped boxing legend Wladimir Klitschko in the 11th round and the sky was the limit for Joshua. However, since this loss, things haven’t been smooth sailing for Joshua and it hasn’t been an easy ride for Wilder either.

Since the Klitschko win, Joshua has lost 3 times. A shock loss against Andy Ruiz Jr in Maddison Square Garden on what was supposed to be Joshua’s big American debut. This loss was avenged in Saudi Arabia however when Joshua cruised to a comfortable and intelligent victory to gain his belts back. But two back-to-back losses against the brilliant Oleksandr Usyk have left Joshua’s career in an uncertain situation.

Meanwhile, you have Deontay Wilder who has just come off a brutal knockout win against Robert Helenius. The three fights Wilder had against Fury showed wildly different sides of Wilder’s game and ability in the first fight, Wilder was simply outclassed for most of the fight before landing a hellacious straight right-left hook combo that floored Fury and would have knocked any mortal man out cold. Fury wasn’t mortal this night however and was raised by God almighty from the depths of hell to go on and finish the round. The second fight was completely different. Fury took the fight to Wilder knocking him down in the 3rd and 5th rounds before Wilder’s corner eventually threw in the towel in the 7th round. And then finally the 3rd fight possibly the best fight of the trilogy. A proper Heavyweight classic back and forth. Wilder showed tremendous heart and strength and was on the verge of winning when he knocked Fury down twice in round 4. Evidently, though Fury showed tremendous heart of his own and got up before knocking Wilder out in round 11.

Now with both fighters in an uncertain period, it looks like both of them could be facing off against each other. With promoter Eddie Hearn stating “I actually sent Shelly Finkel an email back in August to talk about a deal and he actually replied to me yesterday” Hearn also stated “ If he waits he may go straight into that fight. It all depends on when he returns. If he returns early in the year, he’ll fight someone else first and if not he’ll go straight in the Whyte or Wilder fight”