Why Does Chronic Pain Hurt So Much? 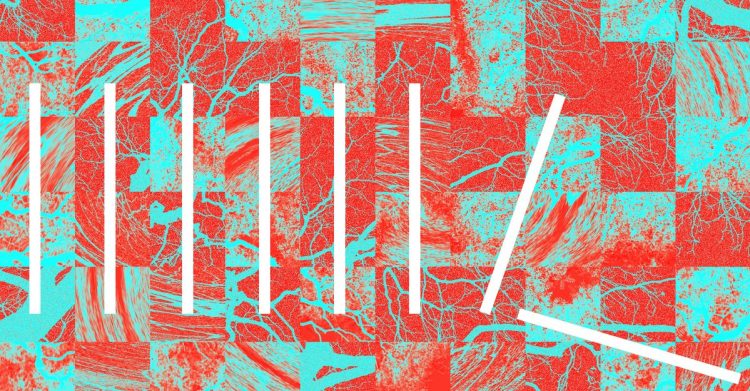 You never forget the first time a doctor gives up: when they tell you that they don’t know what to do—they have no further tests to run, no treatments to offer—and that you’re on your own. It happened to me at the age of 27, and it happens to many others with chronic pain.

I don’t remember what film I’d gone to see, but I know I was at The Oaks Theater, an old arts cinema on the outskirts of Pittsburgh, when pain stabbed me in the side. This was followed by an urgent need to urinate; after bolting to the bathroom, I felt better, but a band of tension ran through my groin. As the hours went by, the pain resolved into a need to pee again, which woke me up at 1 or 2 a.m. I went to the bathroom—but, as if I was in some bad dream, urinating made no difference. The band of sensation remained, insusceptible to feedback from my body. I spent a night of hallucinatory sleeplessness sprawled on the bathroom floor, peeing from time to time in a vain attempt to snooze the somatic alarm.

My primary-care doctor guessed that I had a urinary-tract infection. But the test came back negative—as did more elaborate tests, including a cystoscopy in which an apparently teenage urologist inserted an old-fashioned cystoscope through my urethra in agonizing increments, like a telescopic radio antenna. It certainly felt like something was wrong, but the doctor found no visible lesion or infection.

What followed were years of fruitless consultations, the last of which produced a label, chronic pelvic pain—which means what it sounds like and explains very little—and a discouraging prognosis. The condition is not well understood, and there is no reliable treatment. I live with the hum of pain as background noise, flare-ups decimating sleep from time to time.

That pain is bad for you may seem too obvious to warrant scrutiny. But as a philosopher, I find myself asking why it is so bad—especially in a case like mine, where the pain I feel from day to day is not debilitating. To my relief, I am able to function pretty well; sleep deprivation is the worst of it. What more is there to say about the harm of being in pain?

Virginia Woolf may have invented the commonplace that language struggles to communicate pain. “English, which can express the thoughts of Hamlet and the tragedy of Lear,” she wrote, “has no words for the shiver and the headache.” Woolf’s maxim was developed by the literary and cultural critic Elaine Scarry in The Body in Pain, a book that has become a classic. “Physical pain—unlike any other state of consciousness—has no referential content,” she wrote. “It is not of or for anything. It is precisely because it takes no object that it, more than any other phenomenon, resists objectification in language.”

But as someone who has lived with pain for 19 years, I think Woolf and Scarry are wrong. Physical pain has “referential content”: It represents a part of the body as being damaged or imperiled even when, as in my case, it isn’t really. Pain can be deceptive. And we have many words for it: Pulsing, burning, and contracting are all good words for mine.

That pain represents the body in distress, bringing it into focus, helps us better understand why it is bad. Pain disrupts what the philosopher and physician Drew Leder calls the “transparency” of the healthy body. We don’t normally attend to the body itself; instead, we interact with the world “through” it, as if it were a transparent medium. Being in pain blurs the corporeal glass. That’s why pain is not just bad in itself: It impedes one’s access to anything good.

This accounts for one of pain’s illusions. Sometimes, I think I want nothing more than to be pain free—but as soon as pain is gone, the body recedes into the background, unappreciated. The joy of being free of pain is like a picture that vanishes when you try to look at it, like turning on the lights to see the dark.

Philosophy illuminates another side of pain—in a way that has practical upshots. This has to do with understanding persistent pain as more than just a sequence of atomized sensations. The temporality of pain transforms its character.

Although I am not always in notable pain, I’m never aware of pain’s onset or relief. By the time I realize it has vanished from the radar of attention, it has been quiet for a while. When the pain is unignorable, it seems like it’s been there forever and will never go away. I can’t project into a future free of pain: I will never be physically at ease. Leder, who also suffers from chronic pain, traces its effects on memory and anticipation: “With chronic suffering a painless past is all but forgotten. While knowing intellectually that we were once not in pain we have lost the bodily memory of how this felt. Similarly, a painless future may be unimaginable.”

We can draw two lessons from this. The first is that we have to focus on the present, not on what is coming in the future: If you can treat pain as a series of self-contained episodes, you can diminish its power. I try to live by what I call the “Kimmy Schmidt rule,” after the sitcom heroine who endured 15 years in an underground bunker with the mantra “You can stand anything for 10 seconds.” My units of time are longer, but I do my imperfect best not to project beyond them. You can have a good day while experiencing pelvic pain. And life is just one day after another.

Read: The long history of discrimination in pain medicine

The second lesson is that there’s less to what philosophers call “the separateness of persons” than might appear. Moral philosophers have argued that concern for others does not simply aggregate their harms. If you have to choose between agony for one person or mild headaches for many others, you should choose the headaches, no matter the number. The relief of minor pain for many cannot offset the agony of one, because the pains afflict distinct and separate people. They don’t add up.

Do trade-offs like this make sense within a single life? Philosophers often say they do, but I’ve come to believe that’s wrong. If what I was experiencing was just a sequence of atomized pains, without effects on memory or anticipation, I don’t think it would make sense to trade them for short-lived agony—a three-hour surgery performed without anesthetic, say—any more than it would make sense to trade a million mild headaches for the agony of one person. If I would choose to undergo that surgery, it would be because of the temporal effects of chronic pain, the shadow it casts over past and future.

A lot has been made of pain’s unshareability, how it divides us from one another. In fact, pain is no more shareable over time. My mother-in-law once asked, rhetorically, “Why can one man not piss for another man?” But you can’t piss for your past or future self either. And as we bridge the gulf between now and then to sympathize with ourselves at other times, we sympathize, too, with the suffering of others. Self-compassion is not the same as compassion for other people, but they are not as different as they seem. There is solace in solidarity, in sharing the experience of chronic pain, in compassion’s power to breach the boundaries that separate us from other people, and ourselves.

This article has been excerpted from Kieran Setiya’s new book, Life Is Hard: How Philosophy Can Help Us Find Our Way.

When you buy a book using a link on this page, we receive a commission. Thank you for supporting The Atlantic.