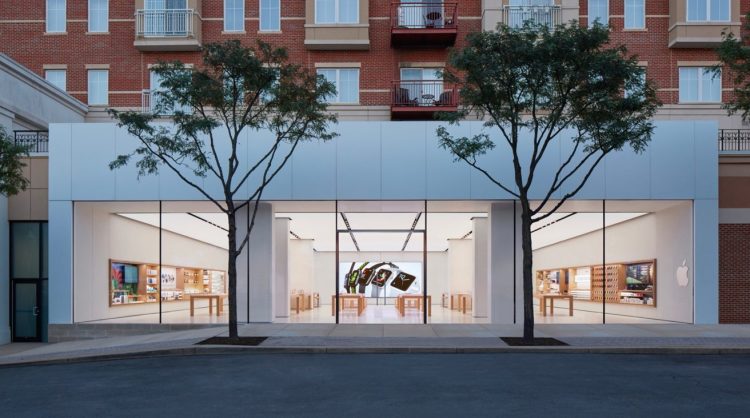 The robbery took place after midday on Wednesday at the store, located at 2,700 Clarendon Blvd. The thief entered the store, demanding notebooks from the staff, before departing with a reported four bags of goods.

It is unclear exactly what the man made off with in total, but it sees that he managed to grab at least three unidentified Macs in the process.

At approximately 12:27 p.m., police were dispatched to the report of an armed robbery,” a spokesperson for the Arlington County Police Department said to ARLnow. The suspect “brandished a firearm and demanded merchandise,” before fleeing the scene in his car.

The description of the man is a “Black male in his 20s” equipped with a “gold and black gun with an extended magazine.” He was last spotted fleeing east on Clarendon Blvd in an older model gold Cadillac sedan, bearing Maryland plates.

This may not have been the suspect’s only work. It is believed he may have been responsible for the robbery of the Apple Store in Bethesda on October 22.

Police are still investigating the scene, and there have also been murmurs of increased security for other Apple Store locations in the area.

5 Breathing Exercises That Will Help You Build Better Core Stability, According to a Personal Trainer

COVID Antibody Treatments Are in Decline

Expert’s Tips for Storing Your Data on Your Laptop