Would DeFi Have Fewer Failed Projects If It Had Better Regulation? (Opinion) 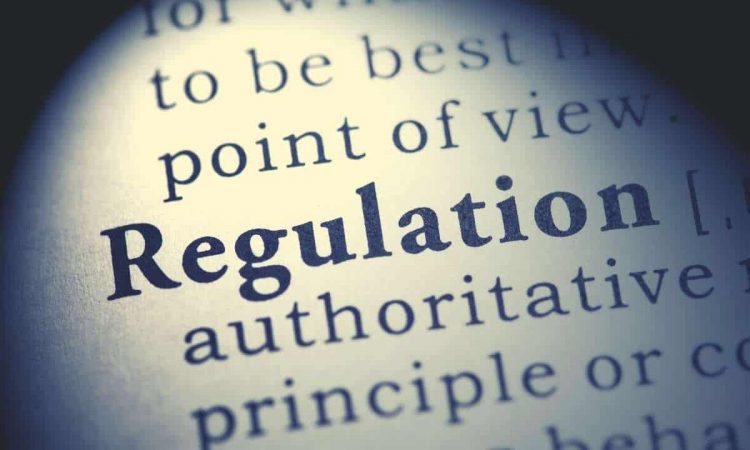 The decentralized finance industry has seen its fair share of incidents, either due to human error or otherwise. As a result, the call for regulation has never been louder, even if it may not necessarily have the expected outcome.

An Example to Consider

People who have kept close tabs on the DeFi space will know protocols can come and go in the blink of an eye. Although numerous hacks, thefts, and phishing attempts exist, some projects close for various reasons. One example is Fei Protocol, which is still valued at $47 million through its FEI stablecoin. Those numbers would be associated with a healthy project, although things are not as black-and-white as they might seem.

A DeFi protocol valued at $47 million is quite stellar, especially in the current macroeconomic conditions. However, Fei Labs – the team behind Fei Protocol – deems it best to throw in the towel.

One must consider the group raised $1.3 billion in Ether to build its decentralized stablecoin. Even at the current valuation, the project is worth a lot less than the amount raised. The funds were used as collateral for its FEI stablecoin, indicating it was all put into the project in one way or another.

However, FEI is not like DAI, the native Ethereum stablecoin. Various crypto assets back every FEI, but the Fei Protocol owns these assets. Users effectively sell their crypto to acquire a stablecoin instead of borrowing against their assets through higher collateralization ratios.

All of the acquired crypto assets go into the protocol’s Protocol Controlled Value (PCV) “vault.” This approach creates an advantage, as the assets in the PCV can be used to either sustain FEI’s peg to $1, farm yield or create utility for FEI.

Nothing mentioned so far would make one think Fei Labs or its protocol are in any immediate danger. Granted, the market cap versus funds raised ratio isn’t stellar, but it is not insurmountable either. Moreover, Fei Protocol merged with Rari Capital in December 2021 in the biggest DAO-on-DAO merger to date. Another strong move, yet things have begun to unravel shortly after.

Becoming Too Big To Fail?

The merger with Rari Capital introduced more utility for FEI. Rari Capital enables the creation of permissionless lending pools, dubbed Fuse Pools. It was a popular concept, as it would help bootstrap liquidity for new DeFi projects, and FEI would provide a stable asset for initial liquidity.

It had all the signs of a potent partnership that could take decentralized finance to the next level, although things did not go according to plan.

Despite roughly $2 billion in liquidity – far more than Fei Labs raised initially – various use Pools suffered from a hack. It is estimated the net loss is close to $80 million, which is problematic, but a small amount compared to the total liquidity. With sufficient liquidity in place, the “bad debt” could be repaid, and affected users would be made whole. Curiously, the holders of TRIBE – the asset governing the Fei Protocol – voted against reimbursing affected users via the PCV.

9/ After the hack, $TRIBE holders voted AGAINST using PCV for the hack victim payment.

In June the CEO of Rari Capital announced that he would resign.https://t.co/tJ5bdBTazK

While it is the community’s prerogative to vote against such a proposal, the DAO voted in favor of making users whole a month prior. That disparity created much confusion and forced Rari Capital CEO Jai Bhavnani to resign. That in itself was rather interesting, although the TRIBE holders had gotten fed up with Rari Capital prior to that decision. They also put out proposals to stop vesting for partners from Rari, putting the coalition with Fei protocol under tremendous pressure.

A farewell letter from Rari CEOhttps://t.co/08mj6xpYhT

Fast forward to today, and the Fuse hack remains one o the reasons why Fei Protocol will shut down. However, the team also points to “challenging macro-environmental factors” and “mounting technical, financial, and future regulatory risks.” Even so, there is still a fair amount of crypto asset value in the PCV, and the Fuse hack victims are still waiting for their money.

The TRIBE DAO members have important decisions to make. A proposal allowed the Fuse to redeem all outstanding FEI becomes redeemable for DAI. Moreover, the Protocol Control Value will no longer engage in farming strategies, and TRIBE holders will get their fair share of various assets.

The big question is whether the PCV funds – assuming it is distributed to Tribe DAO members – will be dumped on the market or not. It would represent roughly 115 million ETH and a few more million in other assets.

Even so, there are still many questions about where the remainder of the $2 billion in liquidity – as provided by the Rari Capital x Fei Protocol partnership – has disappeared to. Some of it may have diminished in value due to bearish crypto markets, but that cannot be the full explanation.

Would Regulation Paint A Clearer Picture?

Incidents like the Fei Protocol indicate that decentralized finance could need more regulation. While it is good to see systems in place to distribute the PCV to DAO participants, that is only part of the equation. Figuring out where $1.8 billion in liquidity has disappeared to is a more pressing matter. Unfortunately, no one has the answer to this question, leaving much room for speculation and finger-pointing.

In an industry as unregulated as decentralized finance, loose ends will always need to be tied up. That is often easier said than done, unfortunately. It would prevent project founders from sluicing away funds from the protocol they established before pulling the plug a year later. While it is impossible to say if this has happened to the Fei Protocol or its alliance with Rari Capital, it remains a possible outcome. Much money has seemingly disappeared into thin air, and no one has a viable explanation for it.

Moreover, citing “mounting regulatory pressure” as an excuse is not plausible in 2022. There are many ways for DeFi to be regulatory compliant, including through Phree, which enables regulatory compliance at the protocol level. Every project and protocol developer has a moral obligation to figure out these things before collecting funds from users. With Phree, it is easy to become compliant and not worry about it in the future, as the protocol-level compliance will adjust as the landscape evolves.

CryptoPotato had a conversation with Jason Denhi, Co-Founder and CEO at Phree. According to Jason:

“DeFi has the potential to break into mainstream finance, serving millions of underserved consumers. For that to happen, however, DeFi 2.0 needs to be more responsible and compliant, adhering to basic standards of KYC/AML, risk disclosure, asset/liability matching, data protection, and so on. Without these table stakes, DeFi will simply be confined to serving only the native crypto community.”

Regulation will not solve every potential scenario, but it can help reduce the number of failed DeFi projects. Moreover, it would give users recourse in case a hack or theft occurred, rather than being kept in the dark for months. The future of DeFi still looks bright, but crucial changes will prove necessary.

7 Lessons We Learned From Nature While Starting a Business

What are the best countries to play casinos around the world?