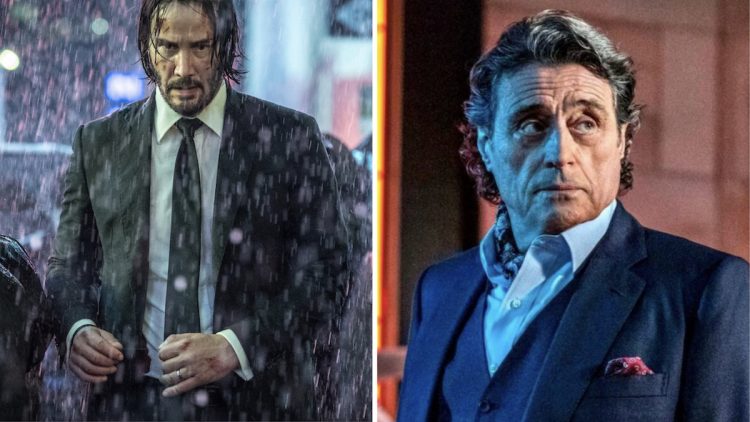 Whether you came to the franchise for adrenaline or dogs or all of the above, you’ll be happy to know that Keanu Reeves is returning as John Wick in the upcoming John Wick spinoff film Ballerina, starring Ana de Armas. Better yet, as Collider reports, the upcoming new chapter in the Wick-verse will bring back Ian McShane as Winston Scott, manager of the Continental Hotel.

Reeves is reportedly in Prague right now filming for Ballerina, and the size of his part is not known. In fact, practically nothing is known about the film, except that it stars de Armas as a woman who seeks revenge after her family is killed, and it’s directed by Len Wiseman from a script by Shay Hatten. If she sets out to hunt assassins, she’ll probably find herself at the Continental Hotel under the watchful gaze of McShane’s Winston. But whether Ballerina is a prequel, or a sequel, or runs concurrent with the upcoming John Wick 4 remains to be seen. No release date has been set.

John Wick 4, replete with Reeves and McShane, will explode into theaters on March 24th, 2023, and a teaser trailer debuted at Comic Con this past summer. Originally, producers intended to film John Wick 5 at the same time, though the status of that fifth film is currently up in the air.

2023 is shaping up to be a a Wick-ed year for action thrillers. In addition to John Wick 4, the prequel spinoff series The Continental will debut on Peacock. Set in 1975, it follows a young Winston’s early adventures.

The Ultimate Kyber Network Review (For 2022)