Cheaters Are Everywhere. To Survive, Leaders Must Stay One Step Ahead. 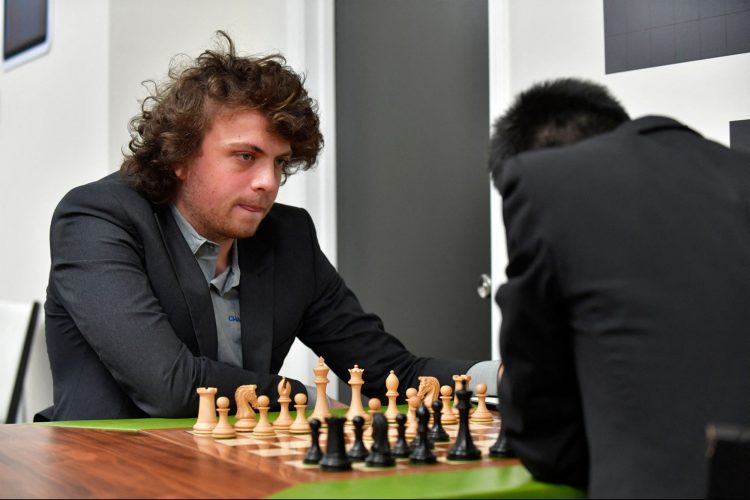 Opinions expressed by Entrepreneur contributors are their own.

Good gracious, chess savant Hans Niemann (allegedly) cheat in more than 100 matches? That seems to be what the chess community and reigning chess champ Magnus Carlsen are insinuating. Apparently, it’s not just the chess world that’s fallen victim to a cheating scandal. The fishing community has been rocked after it was recently revealed that lead weights were used to overstate the size of a fish caught in a Lake Erie contest. When will this insanity end?

The fact is that it will never end. Cheating is as American as apple pie. I know this because I’ve been running a small business for more than 25 years. And when you run a small business for that long, you get used to people who cheat you out of money or in business. They’re everywhere and on both sides of the business.

It’s the woman in California who allegedly embezzled more than a million bucks from her employer. Or another woman in Pennsylvania who was accused of stealing $2 million from her employer’s credit card. Let’s also give a shout-out to the bookkeeper from Albuquerque who is thought to have stolen $175 thousand from her employer and another bookkeeper in Rhode Island who was ordered to pay $600 thousand that she pilfered from her employer. Oh, and let’s not forget the ex-Apple employee that was charged with theft, taking kickbacks and money laundering to the tune of $10 million. Or the administrator at the Yale School of Medicine, who pleaded guilty to taking more than $40 million. Yes, $40 million.

But it doesn’t end with employees. Some business owners can’t be trusted, either.

Like the restaurant owner in New York’s Hudson Valley who was convicted of torching his business for the insurance money. Or the Missouri restaurant owner — and many others — who allegedly defrauded the government out of Paycheck Protection Program funds. There’s the diner in Pennsylvania and the BBQ joint in Texas that cheated (allegedly in the BBQ place’s case) its employees out of their tips. And another guy in Hudson Valley (is there something in the water there?) that was sentenced for defrauding prospective franchisees of his bagel company. And then there’s the restaurant owner in Connecticut who was convicted and the auto shop owner in Florida who was accused of cheating on their taxes.

Related: Confessions of a Cheating Nation: One in Four Have Stolen From Their Employers

These are just a few of the stories that actually made it to the media over the past few months. But you and I know that we’re just scratching the surface. There are cheating employees who steal office supplies and inventory and take sick days when they’re not actually sick. There are cheating business owners who defraud the government, overbill their customers, negotiate in bad faith with their suppliers and promise their employees compensation that they never have any intention of paying. A lot of this stuff never makes the news. A lot of this stuff is going on right now. A lot of the people doing this stuff never get caught.

It’s not just Hans Niemann who cheats. There are cheaters everywhere. And anyone who has run a business for a period of time will confirm that. It’s a fact of life. So here’s some advice: Don’t waste your time getting upset, angry or frustrated. You’ll never stop the cheating. But you can minimize the financial impacts on your business. How?

Related: ‘Lying and Cheating to Get Money’: Elizabeth Holmes Trial Begins in California

Start by requiring people in financial positions to take time off multiple times a year — because cheating bookkeepers get found out when they’re not around. Make sure you’re segregating financial duties, so the same person who’s handling cash isn’t handling the books or invoicing. Require multiple signatures and multi-factor authentication on your bank account and get notices whenever certain transactions are completed. Have someone outside your company do the bank reconciliations because another set of eyes often sees things. Lock up your office supplies and inventory. Install security cameras. Pay attention to your general ledger and financial statements and question anything that seems out of the ordinary. Trust your people, but verify. Don’t be cynical, but be realistic.

And what about you? Are you cheating on your taxes? Your customers? Your suppliers? Here’s some news for you: people know. They can tell. Word gets around. And if you are behaving this way, then I can guarantee that you’re not running a very successful, sustainable business because ethical business people don’t do business with unethical people. And business is all about trust. And reputation. There’s no question that you’re losing out on deals, projects and customers. I know it. And so do you.

Cheaters are going to cheat. Even chess players and fishermen. Even your employees. But not you. When you’re a business owner, there are plenty of reasons to lose sleep at night. But you can minimize your losses from your cheating employees. And you can rest a little bit easier if you’re able to look at yourself in the mirror each morning.

Q&A: Why medical device company Penumbra is betting on VR