A COVID-19 Surge Could Come This Winter After Europe Spike 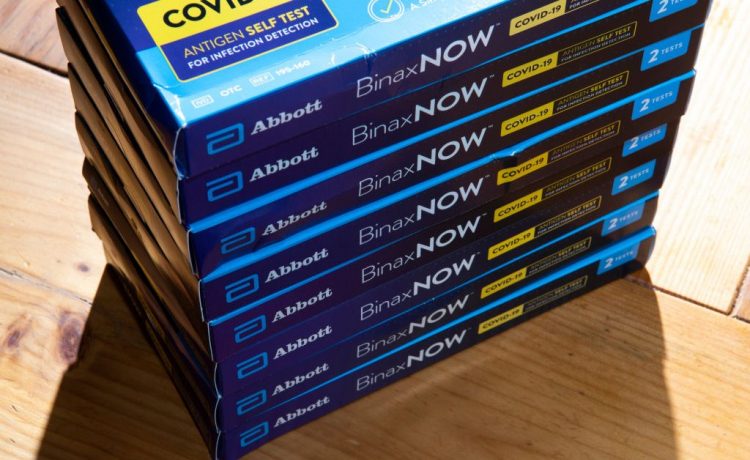 Fall and winter have always been peak seasons for respiratory viruses. As the weather cools in many parts of the U.S., people are forced into indoor environments where viruses can spread more easily. Holiday gatherings and travel can also become breeding grounds for disease.

That’s one reason why experts are worried that COVID-19 case counts may rise in the U.S. in the coming weeks. But there’s also another. To help forecast COVID-19 rates for the U.S., experts often look to Europe—and the data there aren’t promising. More than 1.5 million COVID-19 diagnoses were reported across Europe during the week ending Oct. 2, about 8% more than the prior week, according to the World Health Organization’s (WHO) latest global situation report, published Oct. 5. More than 400,000 of those diagnoses came from Germany, and almost 265,000 came from France.

“We’re concerned,” said Maria Van Kerkhove, the WHO’s technical lead on COVID-19, at an Oct. 5 press briefing. “In the Northern Hemisphere, we’re entering autumn and the winter months, so we will see co-circulation of other viruses like influenza….We need health systems to be prepared.”

The U.S. doesn’t always follow in Europe’s footsteps. The Alpha variant, for example, caused a larger spike in Europe than in the U.S. But European outbreaks related to Delta and Omicron predated similar surges in the U.S.

COVID-19 in the U.S. has been at a “high-plains plateau” for months, says Michael Osterholm, director of the Center for Infectious Disease Research and Policy at the University of Minnesota. Since the spring, roughly 300 to 500 people have died from COVID-19 each day—a rate that is still tragically high but relatively stable.

Read More: What Happens If I Get COVID-19 and the Flu at the Same Time?

The situation in Europe “may be a harbinger of things to come,” Osterholm says. He fears a “perfect storm” may be brewing, threatening to turn that U.S. plateau into another surge. Waning immunity, low booster uptake, ever-evolving subvariants that are increasingly good at evading the immune system, and people behaving as if the pandemic is over all suggest “we are headed to the end of the high-plains plateau,” Osterholm says. “I just don’t know what [the next phase] looks like.”

Meanwhile, the CDC’s wastewater surveillance dashboard, which tracks the level of virus detected in wastewater samples across the country, suggests circulation is increasing in multiple parts of the country, including portions of the Northeast and Midwest.

Taken together, the signs suggest a surge is coming, says Arrianna Marie Planey, an assistant professor of health policy and management at the University of North Carolina’s Gillings School of Global Public Health.

“I don’t like to use the word ‘inevitable’ because all of this is preventable,” Planey says. “It’s just that prevention is harder and harder at this stage of the pandemic,” when mitigation measures like mask mandates have fallen away and many people either don’t know about or don’t want to get the new Omicron-specific boosters.

Planey has been encouraging people she knows to get boosted and making sure they know about tools like Evusheld (a vaccine alternative for people who are immunocompromised or unable to get their shots) and the antiviral drug Paxlovid. She says she’d like to see more urgency from the government, including stronger communication about the need to get boosted and a continued push for those who haven’t been vaccinated at all to get their primary shots.

The problem, Osterholm says, is getting people to actually heed those warnings. Many polls show that Americans are ready to leave the pandemic behind, even if the virus continues to spread and mutate in the future.

That leaves public-health experts with the frustrating job of repeating the same advice they’ve given for the last several years, to an increasingly detached audience. “There’s no joy in saying, ‘I told you so,’” Planey says, “because people are sick and dying.”

10 tips for exercising in cold weather