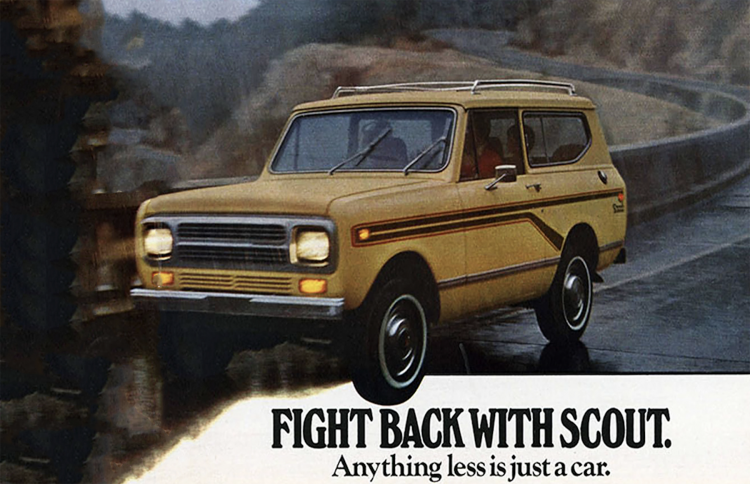 In case you haven’t heard, the Volkswagen Group has announced the formation of an all-new lineup of electric SUVs and pickup trucks to be marketed under the Scout brand.

The new trucks are due in the U.S. for the 2026 model year, and will likely be retailed via a direct factory-to-consumer sales model, and not though existing dealer networks.

But what about the Scout brand? If you’re old enough, and your memory is sharp enough, you may recall that International Harvester sold a spunky off-road vehicle dubbed Scout between 1961 and 1980. Movie buffs may recall that an International Scout was driven by Burt Reynolds in the feature film Deliverance.

The Scout was available only as a two-door model, but a similar 4-door model, Travelall, was also built by International between 1953 and 1975. Think Chevrolet Tahoe and Suburban, and you’ll understand the relationship between the Scout and Travelall.

Fun fact: Swiss luxury coachbuilder Monteverdi build a pricey SUV dubbed Safari, which was based on the Scout. You can read about the Monteverdi Safari here. For those interested, we have assembled a number Scout and Travelall ads for your consideration. Let us know what you think.

What Was The Monteverdi Safari?

No help is coming for the Green Bay Packers

Listeria Outbreak in Deli Meat Kills One and Sickens 16: CDC