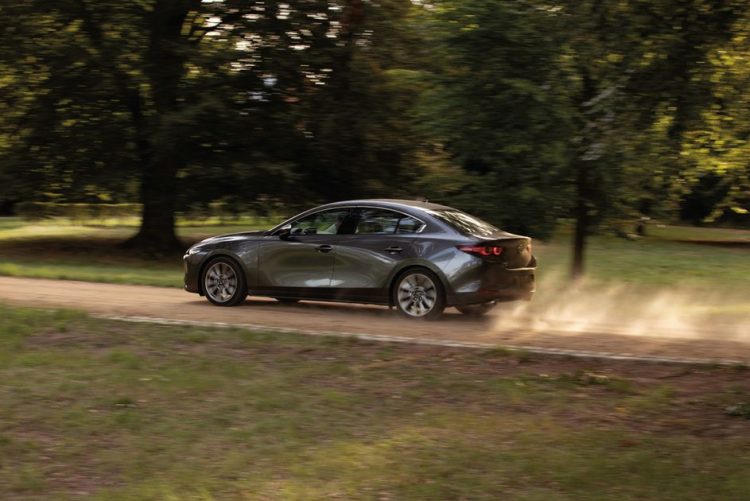 
Two Mazda vehicles rolled away with the highest performance scores on a new, rigorous side-impact crash test from IIHS.

Eleven small cars that scored good ratings in the Insurance Institute for Highway Safety’s (IIHS) original side crash test were just put through the paces of its new, more rigorous side-impact test, and the results were mixed. While seven out of 11 cars scored good or acceptable ratings, four models regressed to poor ratings.

But the Kia Forte, Subaru Crosstrek, and the Subaru Impreza sedan and wagon did not withstand the demands of the new crashworthiness evaluation, and therefore, garnered poor ratings.

IHS developed the updated side crash test after research showed that many of the real-world side impacts that still account for nearly 25% of passenger vehicle occupant fatalities are more severe than the original evaluation.

The new side crash test uses a heavier barrier traveling at a higher speed to simulate the striking vehicle. The new barrier weighs 4,200 pounds — close to the weight of today’s midsize SUVs — and strikes the test vehicle at 37 mph, compared with a 3,300-pound barrier traveling at 31 mph in the original evaluation.

IIHS notes that the structure and safety cage of the good-rated Mazda 3 vehicles held up well in the new test. Moreover, the head-protecting airbags for both the driver and rear passenger prevented the dummies’ heads from hitting the hard surfaces of the vehicle interior. As a result, there was a low risk of most injury types. However, there was a moderate risk of injuries to the driver’s torso and pelvis.

The structure and safety cage also held up reasonably well in all five acceptable-rated vehicles, though the impact of the barrier caused a small amount of intrusion into the occupant compartment. In some of the five models, the head-protecting airbags also prevented the dummies’ heads from striking the hard surfaces of the door and windowsill. However, in the Sentra, the driver dummy’s head moved downward past the side curtain airbag to hit the windowsill.

Unfortunately the dummies in the poor-rated vehicles showed far more potential for injury. For example, in the Forte, measurements taken from the driver dummy indicated a high risk of injuries to the torso and pelvis and a relatively high risk of a head or neck injury.

As for the Crosstrek — whose test also applies to the Impreza sedan and Impreza wagon — there was more substantial intrusion of the B-pillar and interior door panels into the occupant compartment, encroaching on the survival space and contributing to a relatively high risk of torso injuries for the driver and rear passenger.

Team building statistics survey: what 100+ admins had to say