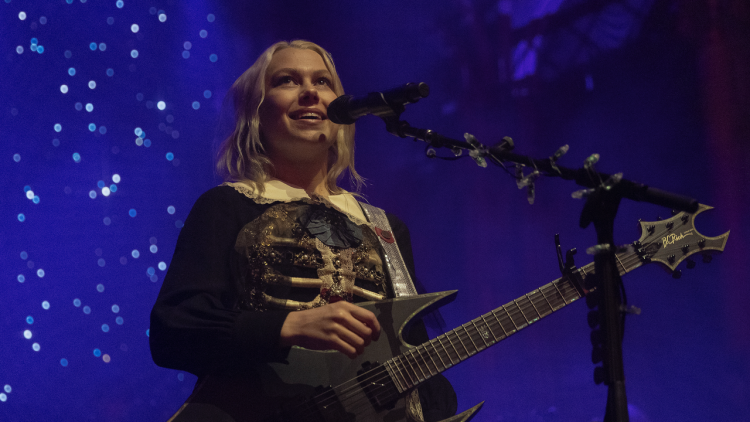 Danny Elfman is reprising his live-to-film performances of The Nightmare Before Christmas and he’s tapped Phoebe Bridgers to sing the part of Sally. The concerts will take place on December 9 and 10 at London’s OVO Arena Wembley. Elfman will star as Jack Skellington and Ken Page will sing as Oogie Boogie, as both do in the original 1993 movie. John Mauceri will conduct the BBC Concert Orchestra for the occasion and will be joined by Greg Proops, Randy Crenshaw, Fletcher Sheridan, and violinist Sandy Cameron. Watch a teaser video for the shows below.

Last year, Elfman performed a similar live-to-film version of The Nightmare Before Christmas with Billie Eilish singing as Sally, which was livestreamed. Back in August, Elfman released the new LP Bigger. Messier., a collection of remixes based on his 2021 solo album Big Mess. He also tapped into his iconic discography as a composer during his viral set at Coachella this summer.

Phoebe Bridgers’ last released a record, her Copycat Killer EP, in 2020. She recently opened up about her own abortion story, created a vegan taco for charity, and joined the cast of the upcoming A24 horror film I Saw the TV Glow alongside Fred Durst and Snail Mail. She also dropped the single “Sidelines” and hopped onstage with the likes of Christian Lee Hutson, Jesus and Mary Chain, Clairo, and the Killers.

Read about Danny Elfman’s Batman soundtrack in Pitchfork’s “The 50 Best Movie Scores of All Time.”

Shiba Eternity Review: Does Shiba Inu’s Card Game Live Up to the Hype?