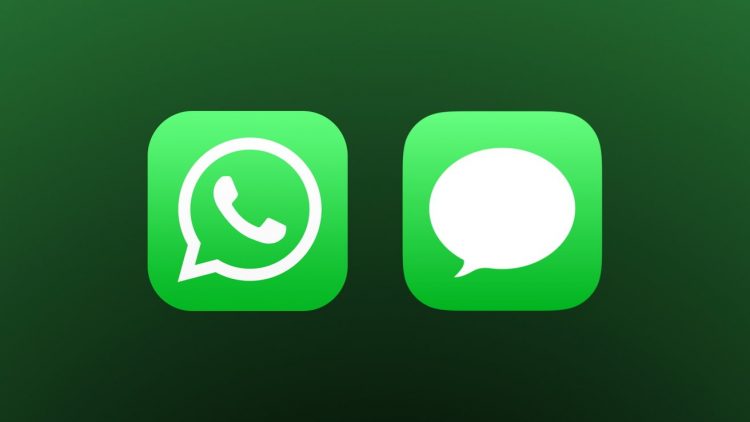 An advertisement displayed above Penn Station is making the rounds with heads of Meta and WhatsApp pushing the message. It suggests that WhatsApp is a more secure and private alternative to iMessage.

The advertisement shows text bubbles models after Apple’s Messages app, one in green and one in blue. A third bubble shows “private bubble” suggesting that WhatsApp is a truly private platform.

Mark Zuckerberg posted an image of this advertisement on his Instagram with text calling WhatsApp “a far more private and secure” platform. Cross-platform encrypted messaging with Android and disappearing chats are the reasonings behind his claim.

The post also calls out Apple’s iCloud backups containing iMessage encryption keys. However, it incorrectly suggests that iPhone users do not have an option for end-to-end encrypted backups.

It is true that iPhone users cannot have encrypted conversations with Android users over iMessage. Apple has not adopted the RCS standard, which enables encrypted messaging in certain circumstances, nor has Apple offered iMessage support to Android.

Disappearing messages are a gimmick offered by other messaging platforms like WhatsApp. It isn’t clear why this is being promoted as a “more private” feature when it is prone to abuse.

Apple’s iMessage does have an option to delete sent messages as long as it is done within three minutes. However, if sexually explicit material, threats, or other abusive material is sent and then deleted, users lack the data to act on that abuse.

The most inaccurate statement made by Zuckerberg is the one about end-to-end encrypted backups. If an iPhone user chooses to, they can back up their iPhone locally to a computer with encryption.

If a user opts into iCloud backups, then the encryption key for iMessage is included in the backup. This is meant to protect users from themselves, so Messages aren’t lost if a password is forgotten.

However, Apple’s method does mean governments can subpoena Apple for information from a person’s encrypted iMessages stored in iCloud backup. Apple says it only complies with data requests specific to a case and doesn’t reveal any information outside of the provided scope.

A series of Tweets from WhatsApp head Will Cathcart made similar claims to Zuckerberg. He even incorrectly suggested that iMessage would fall back to SMS without warning or consent — even though there is a toggle for that.

Meta and Google are both fighting against Apple’s dominant iMessage platform using half-truths and colorful ads. Both companies seem to believe that they can convince users that their platforms are safe and secure despite years of collecting and monetizing user data.

How to Cut Meeting Times