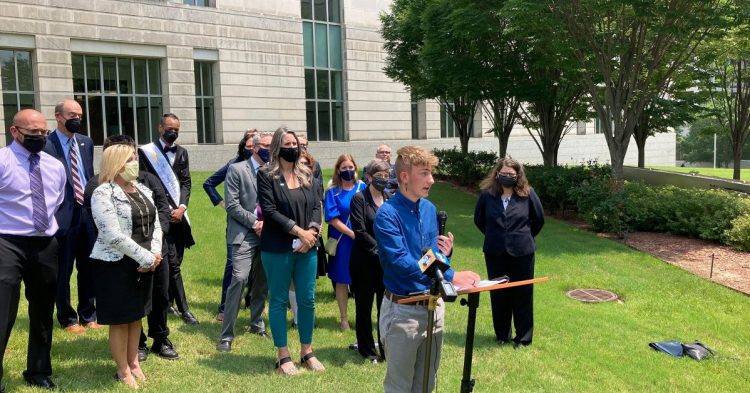 This week, a federal court in Arkansas is hearing testimony about whether a ban on access to gender-affirming health care passed by the state’s legislature in 2021, and stayed by court injunction, should be upheld or struck down. In Arkansas, up to 1,800 transgender youth under the age of 18 could be prohibited from accessing health care that is recommended by many professional associations, including the American Academy of Child and Adolescent Psychiatry, as evidence-based patient care. This ban has direct and severe consequences for the lives and safety of transgender children in Arkansas, and generates unnecessary stress for transgender youth and families across the U.S.

The importance of access to gender-affirming care for transgender youth cannot be understated. More than a third of transgender high school students who completed a 2017 survey conducted by the Centers for Disease Control and Prevention report attempting suicide in the prior 12 months—at four to six times the rate reported by their cisgender peers. Research has shown that access to puberty blockers is associated with lower odds of lifetime suicidal ideation and receipt of gender-affirming medical care is associated with lower risk of suicide attempts among transgender adults surveyed in 2015 who wanted and received such care (6.5%), compared to those who did not (8.9%). It’s clear that efforts to support transgender youth in living according to their gender identity are associated with better mental health, while efforts to change the gender identity of transgender people increases risk of suicidality.

Gender-affirming care includes access to hormones to delay puberty, which is fully reversible, and hormones to promote the development of secondary sex characteristics (such as facial hair or breasts) that are consistent with a child’s gender identity. These are the same hormones that are used by pediatricians to treat children who start going through puberty too soon (younger than eight or nine) and are also used in birth control pills and are prescribed to cisgender men with low levels of testosterone. In other words, hormones have been around for a long time and are used by many people to treat a range of conditions.

The negative impact of being denied gender-affirming care on mental health doesn’t occur in a vacuum, but impacts young people who are already under a monumental amount of stress. Transgender youth are exposed to much higher levels of school-based violence, including being threatened or injured with a weapon at school, than their cisgender peers. Some experience rejection from their own families because they are transgender, and 93% worry about access to gender-affirming medical care for transgender people while 83% worry about transgender people being denied the ability to play sports due to the actions of policymakers in more than half of U.S. states. Cumulative stress exposure is a risk for poor mental and physical health, in general, and has been shown to increase risk for suicidality in a study of more than 27,000 transgender people.

Research also suggests that the negative health effects of denying transgender youth gender-affirming care starts not with their enforcement, but with the public discussion of the issue and the law’s enactment and approval by courts. Studies on other LGBTQ+ issues has shown that having your life and your rights publicly debated can have negative impacts on health, as does the passage of laws that codify anti-LGBTQ+ laws. This court decision will have serious implications for the 1,800 transgender youth who reside in Arkansas, the many more who will be born and raised in the state, and for the mental health of nearly 300,00 transgender youth who reside elsewhere in this country.