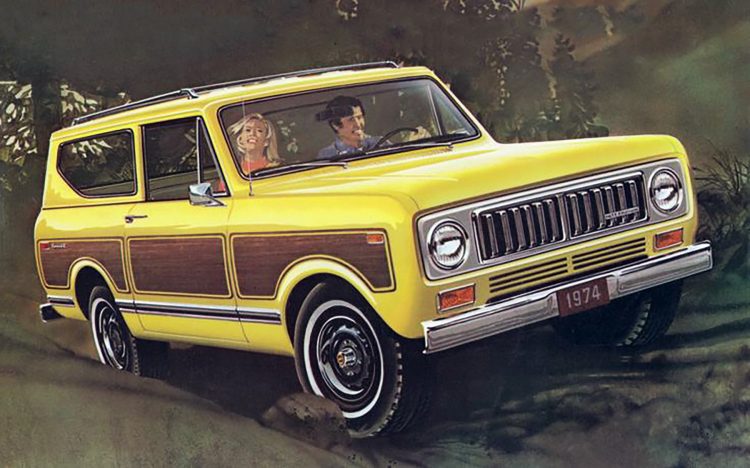 Volkswagen recently launched a new vehicle division that will focus on building fully electric pickup trucks and SUVs. Dubbed ‘Scout,” the first products that will be sold under this marque are slated to debut for the 2026 model year. They will, at least for now, be exclusively designed and sold in US market.

The German automaker named its new brand Scout after the International Harvester Scout, which were large 2-door SUVs and pickups produced from 1961 to 1980. In their early years, Scouts were among the first competitors to the Willys Jeep, later known as the Wrangler. Like the Wrangler and similar-concept Mercedes-Benz G-Class (aka G-Wagen), the Scout’s overall design and capabilities changed little over the course of its long production run.

Classic Scout production ended in 1980, and International Harvester changed its name to Navistar in 1985. These vehicles later proved extremely popular with collectors, and they still have a strong following to this day. The name briefly reappeared in 2010 with the Scout and Scout XL ATVs produced by farm implement manufacturer Case IH. Navistar continued to produce medium-duty, heavy-duty, and semi trucks under its International brand, as well as school buses under the IC Bus label.

Volkswagen entered the picture in July 2021 when its TRATON commercial vehicle group acquired Navistar, along with all its trademarks and intellectual property, in a deal worth about $3.7 billion. Scout was launched as a new company in July 2022, headed by Scott Keogh, the now-former president and CEO of Volkswagen Group of America.

Expect the initial Scout lineup to be direct competitors to the likes of the Rivian R1S/R1T and GMC HUMMER EV SUV and pickup, with a focus on off-road capability. These vehicles are part of Volkswagen’s plan to introduce more than 25 new fully electric vehicles to the US by 2030.

What Was The Monteverdi Safari?

The CJ Cup: How has professional golf and Rory McIlroy’s fortunes changed since his 2021 success? | Golf News

10 Memes That Perfectly Sum Up Legolas As A Character