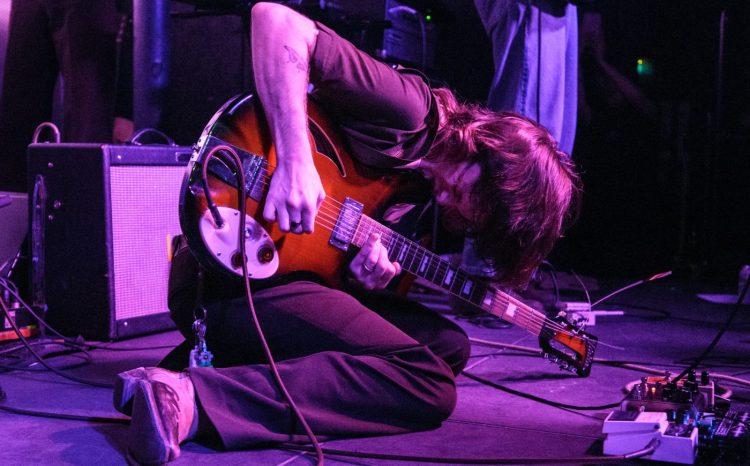 Photos + Article by Will Oliver

FUR has been a band that first caught our attention way back in 2018 with their single “Angel Eyes.” Between visa issues and a little ol’ pandemic, it has taken a long time for the band to greet us with their presence live here in New York. But that changed on the night of Saturday, October 22nd, when they made their NYC live debut at Elsewhere Zone One.

The crowd was packed up front with younger fans eager to finally get to hear the songs from FUR and their 2021 debut album When You Walk Away. They gave us a majority of the best songs from that, their past singles, as well as material taken from their most recent release, Oldies & Goodies, an EP full of “old new songs” that came from their earliest days.

Between the passionate crowd response and the tight rocking performance, FUR played as if they were veterans of the NYC live scene, playing a tight and life-affirming set that confirmed why they caught our attention four years ago.

We can only imagine that the next time they come back they will be gracing an even larger stage.

Find a full set of photos from their performance posted in the gallery below.

The post Fur at Elsewhere Zone One [photos + review] appeared first on We All Want Someone To Shout For.

FTX is investigating a potential hack