The Whale Trailer: Brendan Fraser Is Back 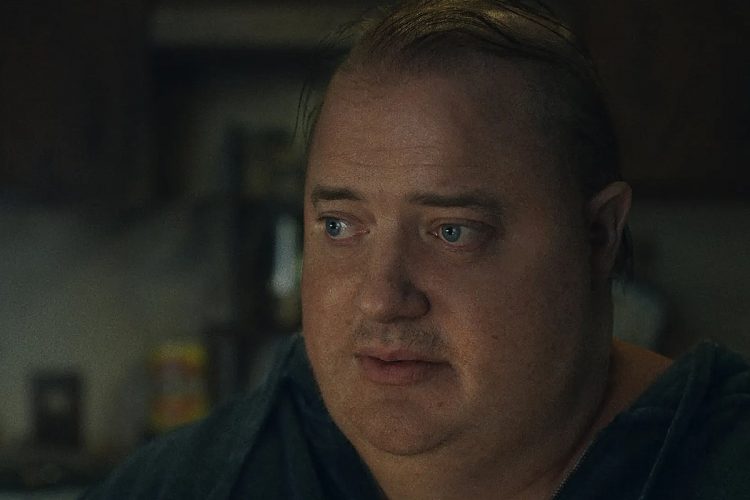 Yes, that is an almost unrecognizable Brendan Fraser above in that image from The Whale, the first Darren Aronofsky movie since 2017’s mother! The film got strong reviews out of film festivals last summer and fall (it’s currently at a 72 percent on Rotten Tomatoes), particularly for Fraser’s performance as an overwheight English teacher who tries to reconnect with his estranged daughter.

The film is sure to be in the conversation for awards in the months ahead, and it would be a shock if Fraser didn’t at least get a nomination for his performance. (He already received a Best Lead Performance nomination from the Gotham Awards.) Fraser supposedly spent up to four hours a day getting his prosthetic makeup to play the obese Charlie. The film also stars Sadie Sink as Charlie’s daughter, Hong Chau, and Samantha Morton.

Aronofsky’s previous films include Black Swan, Requiem For a Dream, Noah, The Fountain, and Pi. To be honest, the trailer for The Whale doesn’t remind me of any of those particular movies — but perhaps the film itself feels more like one of his projects.

After a five year break from making movies, Fraser is once again busy with projects like The Whale, last year’s No Sudden Move from Steven Soderbergh. He’ll next be seen in Killers of the Flower Moon from Martin Scorsese. Here is The Whale’s official synopsis:

From Darren Aronofsky comes The Whale, the story of a reclusive English teacher who attempts to reconnect with his estranged teenage daughter. Starring Brendan Fraser and based on the acclaimed play by Samuel D. Hunter.

The Whale is scheduled to open in theaters on December 9.

The Best Movie Titles in History

What’s in a name? A lot, as these great film titles prove.