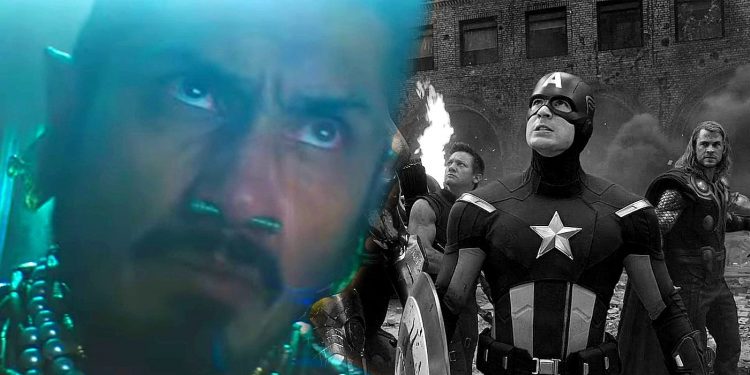 Black Panther: Wakanda Forever is one of the Marvel Cinematic Universe’s most important films in recent years, paying tribute to the late Chadwick Boseman and delivering a compelling conclusion to the fourth phase of the long-running franchise.

One of the most exciting inclusions in Wakanda Forever is Namor, the king of Talocan, who Tenoch Huerta Mejía portrays in his very first MCU appearance. This incredibly powerful mutant is certainly not invincible but is strong enough to stand toe-to-toe with any Avenger in the franchise, including some who would quickly crumble under his immense power.

Captain America is one of the strongest human members of the Avengers and one of the longest-serving, having overcome various superhuman threats during his career. As a super-soldier with enhanced strength, speed, and stamina, he can overcome almost any threat he is faced with but is far from completely invulnerable.

Captain America’s super strength can only take him so far and may not be enough to topple the might of Namor the Sub-Mariner. The king of Talokan is on a different plane of superpowers than Rogers, and could quickly incapacitate the Star-Spangled Man should the two ever come face-to-face on opposite sides.

Though Clint Barton, a.k.a. Hawkeye, is one of the most valuable members of the original Avengers, he is far from the strongest. He possessed incredible aim with a bow and arrow, as well as considerable skill with many different short-range weapons, including swords, making him a major threat to any street-level criminals he may come across.

Hawkeye may be handy in a fight against non-powered enemies, but Namor would make short work of the skilled archer. Unless he were severely dehydrated, arrows would do little to stunt Namor’s health, doing little more than angering the powerful mutant, who could defeat Barton with only a single blow.

Sam Wilson may be about to start his journey as the new Captain America in upcoming titles like Captain America: New World Order, but he is still best known as the Falcon. As the first of several winged Marvel heroes, Falcon attacks his enemies from above using his high-tech flight suit that proves remarkably maneuverable in combat situations.

Though Falcon’s best ally is his ability to soar through the sky, Namor’s winged feet put him on an even battlefield with the flying Avenger. And, though Sam has proven to be quite adept at evading enemy fire while using his Falcon suit, he is not nearly as agile as Namor is, and would quickly be grounded by the king of Talocan.

Bucky Barnes may be a fan favorite, but he is far from the strongest Avenger. His skill lies mostly with his firearm capabilities, though he also possessed enhanced strength thanks to his dosage of super-soldier serum. Additionally, his vibranium arm proves quite handy in a close-range fight, packing an impressive punch.

Bucky’s vibranium arm wouldn’t be nearly enough to defend him against the Sub-Mariner, who is also equipped with the rare and powerful metal. If even the vibranium weapons of Wakanda struggled to defeat Namor, so too would the Winter Soldier.

Natasha Romanoff is the most famous graduate of the Black Widow program, using her skill to defend the innocent during her tenure as an Avenger. She possesses no superpowers, but is remarkably skilled at close-range combat and has considerable weapons training, making her a formidable force against most human enemies.

While Black Widow could hold her own against many enemies more powerful than she, Namor is a different foe entirely, whose power would quickly outshine Natasha’s fighting ability. Black Widow would stand little chance against the Sub-Mariner, whose powers are built for enemies in a completely different class of superpowers.

Scott Lang is the second Ant-Man in the MCU, following in the footsteps of his predecessor, Hank Pym. Scott has proven to be the strongest Ant-Man yet, becoming the first of the mantle to master both shrinking and expanding, adopting the secondary moniker of Giant-Man for the latter of these strategies.

While Scott Lang could certainly hold his own for a bit against Namor, he is far from skilled enough to take on the king of Talokan for long. His strength as Giant-Man would be of use in battle against the powerful mutant, but far from enough to take him down for good. It wouldn’t be too long before Ant-Man himself succumbed to the might of Namor the Sub-Mariner.

Daredevil’s return in titles like She-Hulk: Attorney at Law has been one of this year’s biggest highlights for Marvel fans, as the character shows off his intense combat skill once more. The Man Without Fear is known for his brutal fighting style, which leaves very few street criminals uninjured during his escapades.

Daredevil is one of the strongest fighters in the Marvel Universe, but his abilities are designed for combat against street-level villains and crooks, not the vast might of Namor. The Sub-Mariner would make short work of the Devil of Hell’s Kitchen, who would, unfortunately, stand very little chance of gaining victory in this particular combat scenario.

Spider-Man continues to lead the MCU’s street-level superhero division, using his enhanced strength and senses to take down many foes during his short time as an Avenger. While Spider-Man is one of the strongest heroes in the Marvel Universe, he is far from invincible and could certainly be beaten by any number of stronger foes.

Namor is a serious and steadfast fighter, who would have little patience for Spider-Man’s various jokes and quips in combat. He would be moved to end their battle quickly and would use the full extent of his power to do so, though Spider-Man can be ferocious when pushed too far, and may yet pull out a victory if Namor angers him enough.

Jennifer Walters, a.k.a She-Hulk, is one of the newest superheroes to join the MCU, transforming after accidentally coming in contact with the radioactive blood of her cousin, Bruce Banner. As a result, she gained all the powers of a Hulk, albeit with more control over this alternate personality than her cousin.

She-Hulk is certainly very powerful, but so too is Namor when he is strengthened by water. Wakanda Forever even describes him to be “as strong as the Hulk” when at his strongest. While the king of Talokan may not be able to stand against the more experienced original Hulk, he may yet pull a victory over She-Hulk, who is still a burgeoning superhero getting a handle on her new powers.

Tony Stark is the one and only Iron Man, the superhero who began the entire MCU in 2008. Using his high-tech suit of armor, Tony is capable of defeating any number of foes, even going toe-to-toe with the Mad Titan Thanos on several occasions. As powerful as the Iron Man suit is, however, this beloved superhero has also met his match often, proving that he can be beaten if faced with the right enemy.

Namor and his Talokan warriors proved their might against Ironheart, who has a similar albeit less polished version of Stark’s superhero suit, during the events of Wakanda Forever. Though Iron Man certainly has a stronger chance of beating Namor than Riri Williams did, he would still only be able to hold out against his enemy for so long before succumbing to his power. Ultimately, Namor could sweep Tony and his armor away with one colossal wave if necessary, proving to be one of the strongest Marvel characters in recent memory.

NEXT: Every Franchise In The MCU, Ranked By Box Office Average