Sam Mendes Honored at Camerimage, Says Cinematographers Are “My Guide” – The Hollywood Reporter 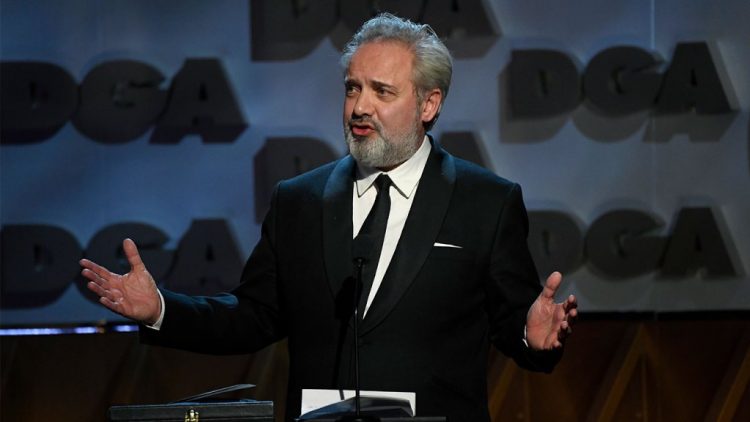 Sam Mendes spoke of his collaborations with cinematographers from Conrad Hall to Roger Deakins, while also voicing support for Ukraine, during the opening ceremony of the 30th EnergaCamerimage international cinematography film festival.

Saturday in Toruń, Poland, the Academy Award-winning helmer accepted the Special Krzysztof Kieslowski Award for a Director while acknowledging that “it’s difficult to speak of celebration” after hearing from and seeing images of those in Ukraine that were presented during the ceremony. “I made a movie (1917) with Roger [Deakins] about two young men caught up in a senseless war. The question I got asked over and over again is, ‘Is this relevant?’ I’m afraid to say, it is and it will always be. We stand with everyone in Ukraine.”

He acknowledged the cinematographers with whom he has worked, starting with the late Hall, who won Oscars for Mendes’ first two movies, American Beauty and Road to Perdition (posthumously). “Conrad was my guide, and ever since Conrad, cinematographers always have been my guide,” he said to applause.

Mendes has worked with Deakins for the past 15 years and said that partnership “has given me more pleasure and more joy than any collaboration that I ever had in movies.”

Accepting his award, the director also cited his latest film, the Deakins-lensed, cinema-set Empire of Light. “On the wall of the cinema, right at the beginning of the film, is written, ‘Find Where Light in Darkness Lies.’ That is all of our jobs. It’s the work of the cinematographer, and it my great pleasure to have shed some tiny light in the dark.”

Filmmaker Alex Gibney was honored with the award for outstanding achievement in documentary filmmaking, and Ulrike Ottinger accepted the Award for Avant Garde Achievements in Film.

“What’s so important about Camerimage, is the notion that cinematographers and filmmakers are doing their best to try to bring light to this world,” Gibney said. “The world can be a devastating and dangerous place. A lot of my films I’ve spent looking at abuses of power, but also, I think in a more important way, looking at the everyday heroes who rise up and oppose those abuses of power. So it was particularly important for me to be here this year, in Poland, when we’re so close to Ukraine, when people are fighting for liberty and life for us all.”

This week, Camerimage is supporting two Ukraine-based film festivals that have been displaced by the war: The OKO International Ethnographic Film Festival and KINOKO Film Festival. “Please help Ukraine to win in every way possible,” urged a tearful Tetiana Stanieva, founder of the OKO Festival. “Our economy and way of life has stopped. We lose our dreams. … We lose beloved ones.” This portion of the program included a video featuring filmmakers who joined the Ukraine military.

The opening ceremony included reflection on Camerimage’s 30-year history. Said festival director Marek Żydowicz: “It’s important to remember when the sky over Poland was red, such meetings were not possible. … Things have not changed in some ways. We have to keep fighting.”

He also talked about how early involvement of influential cinematographers Vittorio Storaro and the late Sven Nykvist was instrumental in getting the event started. In doing so, they honored cinematographer and former Nykvist collaborator Lukasz Bielan as a “friend of the festival.”

To honor Camerimage, Toruń Mayor Michal Zaleski was on hand to present the Medal of the President of Toruń to Żydowicz and festival manager Kazik Suwala.

The opening-night film, Empire of Light, followed the ceremony.

The festival runs through Nov. 19.