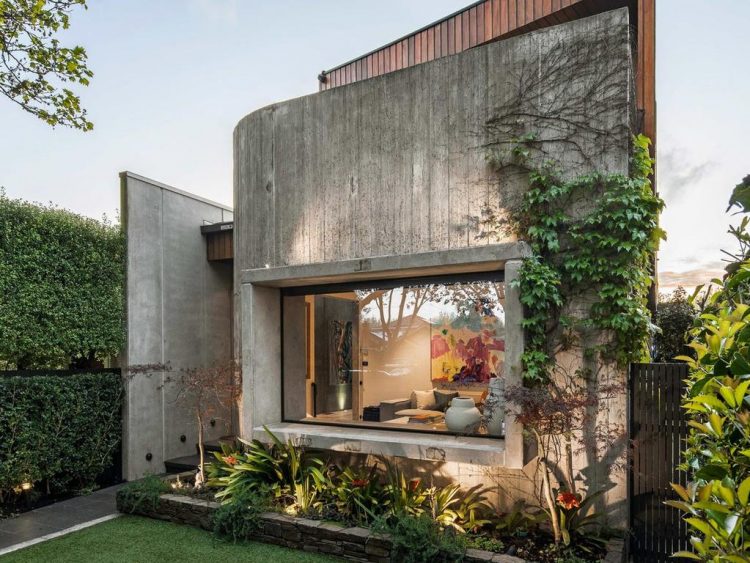 The pad at 92 Ruskin St, Elwood, is a showpiece home, that’s for sure.

An incredible former home of AFL legend Paul Roos and his wife Tami has hit the market in Elwood for the first time since they sold it.

A row of skylights from the front door leads to an open-plan living area with sunken lounge.

Style statements on show from all angles.

“That striking brutalist architecture stands out, and natural light streams through — you’ve got these large light voids and an incredible glass canopy that runs the whole length of the home and opens up to a dramatic high ceiling above the sunken lounge.”

CoreLogic records show the property last changed hands for $3.27m in May 2016.

Mr Gamon said it was one of Elwood’s widest, tree-lined streets, with some of the best houses in the suburb.

A lap pool, just in time for summer.

A brutal touch in the formal lounge room.

It runs parallel with Addison St, where Scott and Alex Pendlebury sold their home for about $6.5m in August, with just Rosetti Lane in between.

The Roos upsized into a Brighton property they bought for $3.85m off former Fitzroy and St Kilda player Allan Sinclair, whose son Callum retired from Sydney this year, before offloading it for $5.553m in March 2020.

MORE: What income you need to earn to own in every Melbourne suburb

In tough times for teachers, let’s change the way we talk about our work

The Rise of Virtual Youtubers in The Content Creation World