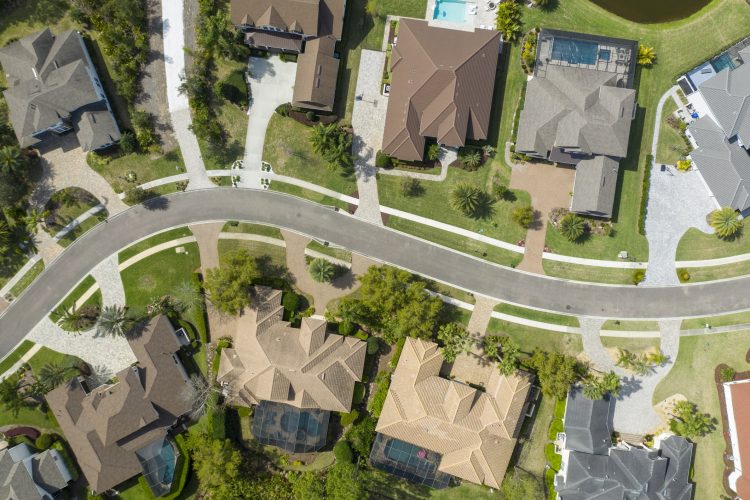 Legendary American stock market guru Warren Buffet’s most famous bit of advice to investors was to “be fearful when others are greedy, and greedy when others are fearful”.

For property investors with a healthy risk appetite, that oft-quoted contrarian commandment may pay future dividends as a post-Covid, rising interest rate-led correction continues to in the Australian housing market.

But even as prices slip across the country, there are signs investment activity is beginning to stir.

PropTrack’s most recent Property Market Outlook noted that lending to investors trended higher over the first six months of 2022, with the upward trajectory expected to continue during the second half of the year.

“There’s more investor activity in the market than we saw through 2020 and 2021,” PropTrack economist Angus Moore said.

“That’s not necessarily a surprise because they were very absent from the market during that period when we had a lot of investors selling and very few buying.

“In fact, the investor share of mortgage lending fell below 25% during 2020. It’s now back up to about a third, which is closer to what we might consider normal over the past decade.”

Despite some gloomy headlines, many experts say it’s a good time to make an investment move in real estate. Picture: Getty

To invest now or to wait?

Investors are subject to the same headwinds that are currently buffeting owner-occupiers, namely seven consecutive official interest rate increases by the Reserve Bank of Australia that add significantly to loan costs and reduce borrowing capacity.

But existing homeowners who made capital gains during the Covid boom, when median prices surged by 30%, are still well ahead despite the correction.

And those thinking of re-investing that windfall may be able to take advantage of the current lower entry points.

“It is actually a very good time to be buying while there’s a lot less competition and while the market is still correcting,” buyer’s Rich Harvey, CEO of PropertyBuyer, said.

“I recently bought two properties, so I’ve put my money where my mouth is. I’m not deterred by rising rates – I look at the overall return. I take a long-term perspective and sometimes you’ve got to enter the market while others are sitting on the sidelines.”

Projections of strong population growth are one of the factors underpinning long-term performance. Picture: Getty

There are other factors influencing that long-term view, chief among them a rising demand for housing over the next decade as Australia’s population grows through returning overseas students and an aggressive Federal Government immigration program for skilled workers.

“We are expecting to hit around 30 million in population in 11, 12, 13 years’ time,” Darren Venter, a director of The Investors Agency, pointed out.

“That’s going to bring a large amount of housing demand which won’t be met by government building programs alone.”

Vacancy rates across the country are at all-time lows and rents are rising. Increased investment brings a potential win-win scenario, with investors getting better returns and renters having more options available to them.

“Private investors are critically important because they make up more than 80% of the rental pool in this country,” Mr Harvey said.

Mr Moore added that more investors are starting to bring new dwellings into the rental market, helping to ease conditions.

“But it will take some time. The number of new properties coming to market is small relative to the size of the overall rental market.”

There are signs investor activity in the property market is picking up. Picture: Getty

Where should investors be looking?

Mr Venter, who advises his clients to seek out cash-positive investments rather than those that are negatively geared, pinpointed specific areas in South Australia, Western Australia, and Queensland that offer both strong rental yields and the potential for future capital gains.

In South Australia, he recommends Salisbury and Playford, suburbs in Adelaide’s outer north, and Onkaparinga in the city’s south.

In Western Australia, he is looking at suburbs like Rockingham, Kwinana, and Mandurah, about 30 to 45 minutes south of the Perth CBD.

And in Queensland, he is focussing on specific suburbs around Rockhampton and in the Livingstone Shire.

“They are more favourable areas in which to invest for a more sustainable Investment future overall,” he said. “It’s a more conservative and wise choice to stick within the major regional cities and capitalise on what private sector employment has allowed there.”

“We really like Brisbane,” he said. “We think Brisbane will have a much lower correction than Sydney and Melbourne simply because it’s more affordable and because the vacancy rate is unbelievably low, around 0.7%.

“Another area we really like is Newcastle in New South Wales. The yields aren’t quite as strong as Brisbane, but it’s more affordable than Sydney and still within driving distance.

“There are also the Bayside suburbs of Melbourne down toward Frankston and Langwarrin. In those markets you don’t get the yield but you’re going to get the capital growth because you can still get a four-bedroom house sub-$1 million in a really family friendly area.”

A number of experts pinpoint Brisbane as a market with good prospects. Picture: Getty

PropTrack’s July 2022 Property Market Outlook reported that the median house price premium relative to unit price had reached record levels in Sydney (84%) and Perth (41%) while being close to historic highs in Melbourne (51%), Brisbane (64%), Adelaide (63%), and Canberra (80%).

It means that apartments offer a considerable entry-point advantage for investors.

“I think we’re going to see a bit more demand going ahead for apartments over the next 12 to 18 months from investors in particular,” Mr Moore said. “There’s a couple of reasons for that.

“The other aspect is that they are typically at a lower price point compared to houses and with rising interest rates and reduced borrowing capacities we might see some investors switch towards apartments.”

Mr Harvey agreed but said that houses were a better option for long-term capital gain.

“We always typically advise our clients to go for houses, but we’re starting to see a resurgence back in favour of apartments and better yields,” he said.

“But generally speaking, I think you’ll still find that the overall capital growth will continue to be higher from houses simply because they have a bigger land content.”

What to buy and where depends on personal circumstances and investment strategy. Picture: Getty

Mr Venter also favoured houses, particularly in the regional areas in which he specialises.

“The population forecast of 30 million people over the next decade or so is coming from a large source of immigration and those immigrants tend to move to major regional markets first off,” he said.

“They are renting initially and not necessarily buying so those regional markets which hold assets of three- to four-bedroom houses will benefit the most because that’s what a growing population will need.”

Can Big Eyes join Solana and Zilliqa as another market leader?