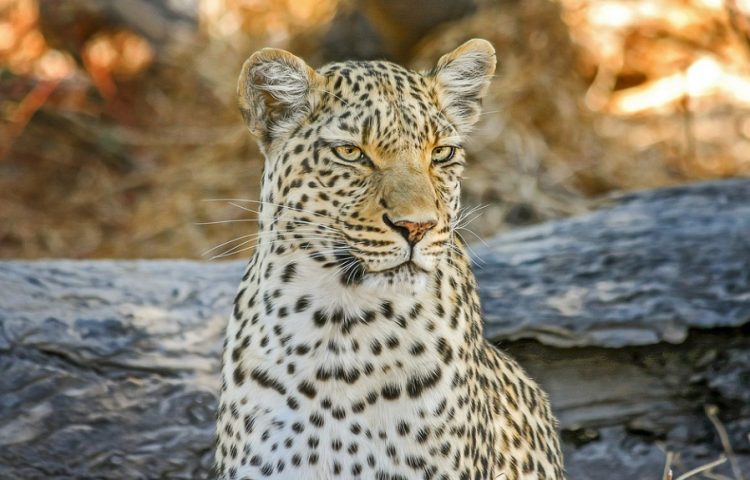 Snow leopards live in India in the western and eastern parts of the Himalayas, which are mountainous. Most of them live in the states of Jammu and Kashmir, Himachal Pradesh, Uttarakhand, Sikkim, and Arunachal Pradesh.

Snow leopards can hide and sneak up on their prey in places like rocky outcroppings and ravines. The black spots on their beautiful silver fur help them blend in with the snowline and rocks of the mountain.The IUCN Red List said that the snow leopard was on the verge of extinction until 2017. But in 2017, the status of the species was changed to “vulnerable.” About 450 to 500 snow leopards live in the forests of India.

Here are the top 10 national parks in India where you can see snow leopards.

About 200 snow leopards are able to live and breed in the park. There are also a lot of different kinds of animals that live in the park, like the Tibetan wolf, the red fox, and the Himalayan marmot.The airport closest to the park is in Leh, which is about 48 km from the park. Jammu Tawi is the closest train station (712 km). Other nearby train stations are in Kalka, which is 756 km away, and Pathankot (760 km).

Inside the park, cars are not allowed. Tourists can go trekking to see the park’s beautiful scenery and wide range of wildlife.

Dachigam National Park is 22 km from Srinagar, which is the state capital of Jammu and Kashmir. It is 500 km2 in size.

The snow leopard, Kashmir stag, hill fox, Himalayan serow, and Himalayan black bear are some of the mammals that live in the park.The closest airport is in Srinagar, and the best place to catch a train is in Jammu, which is 315 km away. The best way to see the area is by trekking.

The Great Himalayan National Park is in the Banjaar Sub-Division of the Kullu District in Himachal Pradesh. It is made up of four valleys: Jiwa Nal Valley, Sainj Valley, Tirthan Valley, and Parvati Valley.

It was named a “World Heritage Site” by UNESCO in 2014. One of the best places in India to see the beautiful snow leopards is in this park.

The closest airport to the park is in Kullu, about 60 km away. It is called Bhuntar. There are flights between Manali and Bhuntar Airport that are run by private airlines.

About 143 kilometers from the park is Joginder Nagar, which is near Mandi and has a train station. The rail line has a narrow gauge. Trekking is the only way to see the park and enjoy its beautiful scenery.

This area is a cold desert in the Himachal Pradesh district of Lahaul and Spiti . The Best time to visit spiti valley is from March to June when you can see many wild animals. Many animals that are in danger of going extinct live in Pin Valley National Park, like the snow leopard and the Siberian ibex.

A lot of rare birds live there, like the Himalayan snowcock, snow partridge, and chukar partridge.

Through Kaza, tourists can get to the valley from Manali. About 250 kilometers from Kaza is the airport in Bhuntar, which is in the district of Kullu. Joginder Nagar in the district of Mandi is the closest place where trains stop.

Gangotri National Park is in Uttarkashi District in the Garhwal Range in the state of Uttarakhand. It has stunning views of the Himalayan glaciers and lush green meadows.

There are 15 kinds of mammals and almost 150 kinds of birds that live in the park. Snow leopards are the main thing that people come to see here.

The closest airport is in Dehradun, 220 km from Uttarkashi. It is called Jolly Grant Airport. About 210 km from the park is the city of Dehradun, which also has the closest train station.

Valley of Flowers National Park is in the North Chamoli region of Uttarakhand. It has beautiful landscapes full of gushing waterfalls and charming meadows of alpine flowers.

It is one of India’s most important national parks for seeing the beautiful snow leopards. This place is great for wildlife explorers and photographers because it is home to some of the rarest and most endangered animals.

You can also see Himalayan goral, Himalayan blue sheep (bharal), Asian black bears, and other animals that live at high altitudes. It is also thought to be the place where Hanuman got the medicine (Sanjeevani buti) to heal Lakshmana.

About 300 different kinds of alpine flowers grow in this valley at a high altitude. You can go trekking to see the park’s beautiful sights.

The closest airport is in Dehradun, which is 295 km from the park. The closest train station is in Rishikesh, which is 276 kilometers away. Govind Ghat is the closest place you can drive to get to the park.

Nanda Devi National Park is in the Chamoli district of Uttarakhand. It is part of the Nanda Devi Biosphere Reserve. It is near Nanda Devi, which is the second-highest peak in India at 7817 m.

In 1988, it was named a World Heritage Site by UNESCO. The park has a huge variety of plants. More than 300 plant species, including 17 rare ones, have been found there.

The park can be reached from the village of Lata, which is about 23 kilometers from Joshimath. To see the beautiful plants and animals in the park, you have to go trekking.

It is in the Uttarkashi district of Uttarakhand and was named after an important Indian freedom fighter named Govind Ballabh Pant. From this park, the Indian government began the “Snow Leopard Project.”

About 15 types of large mammals and 150 types of birds live in Govind Pashu Vihar National Park.

The park is 17 kilometers from the town of Dharkadhi. Dehradun is the closest place with an airport and a train station. People can walk through the forest to see the beautiful scenery and wildlife in the park.

Mount Khangchendzonga, India’s highest peak at 8,586 m, is in the Himalayan range in the state of Sikkim. This is where the park gets its name.

Khangchendzonga National Park has beautiful snow-capped mountains, valleys, lakes, glaciers, and plains that are all different from each other.

In July 2016, the park was added to the list of UNESCO World Heritage Sites. It is thought to be one of the best places in India to see snow leopards.

The airport closest to Gangtok city is in Bagdogra, which is 124 km away. The closest train stops to the park are in Jalpaiguri and Siliguri.

Namdapha National Park is the largest protected area in the Eastern Himalayan biodiversity hotspot. It is in the Changlang district of Arunachal Pradesh, which is in the northeastern part of India.

The park has a huge variety of plants and animals, with more than 1000 plant species and about 1400 animal species. It’s also home to four big cats: the snow leopard, the clouded leopard, the leopard, and the tiger.

Dibrugarh Airport in Assam is the closest airport to Forest Rest House Deban, which is in the park. It is about 182 kilometers away. Tinsukia, which is about 141 km away, is where the nearest train station.

Have you been to any of these national parks in India to try to see the rare snow leopards? Tell us about what you’ve done in the section below.

Yep, it’s almost that time of year again! Mariah Carey is defrosting as we speak, supermarkets are stocking their shelves with panettones, and you’re once again asking yourself...

5 Things to do in the North Shore: October 21