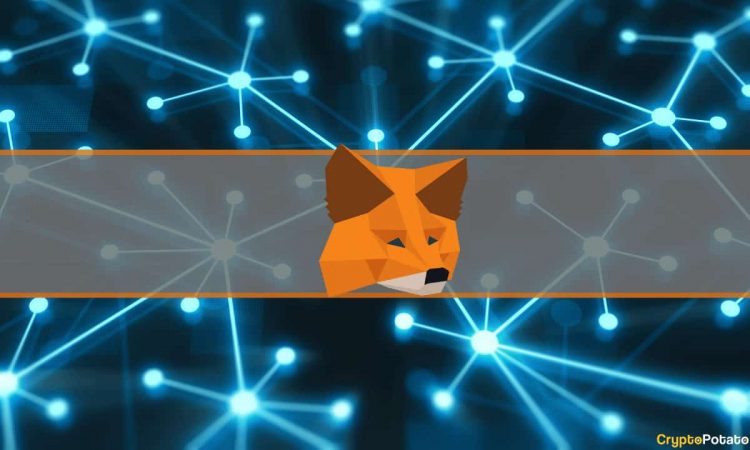 Metamask continues to push for leadership in the cryptocurrency wallet industry, offering new tools that make it easier for its users to purchase crypto.

On October 13, Sardine, a financial platform offering instant ACH settlements, confirmed a partnership with ConsenSys to allow Metamask users in the U.S. to purchase cryptocurrencies with their bank accounts from the wallet’s UI.

We don’t fox around

This would be the latest partnership announced by Metamask. Before this one, the web wallet revealed an association with Asset Reality to help users recover their stolen cryptocurrencies for free.

For Sardine, this partnership would be one more achievement in its roadmap. Recently, the team raised $51.5M in a Series B funding led by the crypto-friendly venture capital firm a16z and backed by other big names in the industry like Visa and Google Ventures.

ConsenSys, the blockchain technology company behind Metamask, also participated in Sardine’s funding round.

To use the new “Instant ACH” payments option, Metamask users must comply with Sardine’s mandatory KYC process, which is available in 48 U.S. states. Hawaii and New York will be admitted soon.

ConsenSys said in an official press release that the instant payment method offered by Sardine is more likely to work compared to the traditional payment system, where card purchases are often declined.

“Instant ACH allows orders to complete in minutes instead of days like a standard ACH order, and works on holidays, unlike regular ACH.”

Sardine’s infrastructure is used by major cryptocurrency companies such as FTX, MoonPay, and Autograph, among others.

As CryptoPotato recently reported, Metamask announced the launch of Portfolio Dapp, a tool for users to aggregate and monitor their assets across multiple accounts and networks such as Ethereum, Optimism, BNB Smart Chain, Polygon, Fantom, Abritrum, and Avalanche.

Thanks to that feature, Metamask stepped in to compete against other crypto industry giants such as FTX, which offers similar services through Blockcfolio, a wallet, and aggregator acquired by FTX in 2020.

In addition, in late September, Metamask announced a new tool called MetaMask Institutional (MMI), a version of the wallet designed to meet the needs of institutional players when it comes to dabbling in Web3 and decentralized finance (DeFi).

According to Liz Mathew, Global Head of Growth and Partnerships for MetaMask Institutional, the addition of the new custodians (Cobo, Floating Point Group, Liminal, and Propine) brings the total number of custodians supported by Metamask Institutional to eleven, reinforcing Metamask’s position as “the premier institutional wallet for Web3”.

Subway accepts Bitcoin, so users can get a sandwich on the Lightning Network