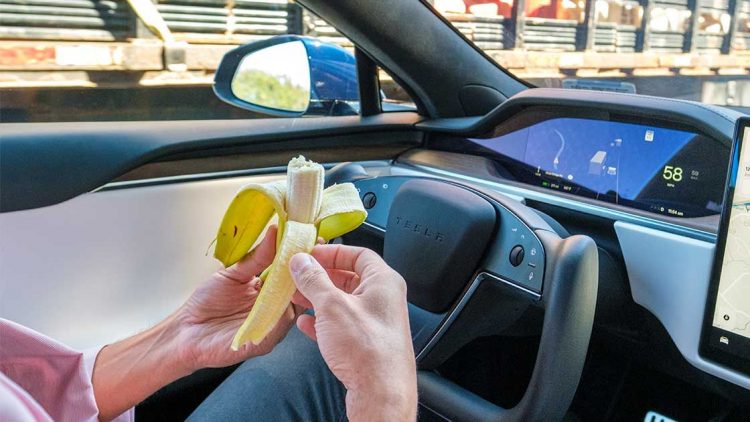 
Users of Super Cruise and Autopilot are more likely than ProPILOT users to say they can do non-driving activities better and more often while using their partial automation systems.

Some 53% of Super Cruise users, 42% of Autopilot users, and 12% of ProPILOT Assist users reported they are comfortable treating their vehicles as fully self-driving, according to a new study from the Insurance Institute for Highway Safety (IIHS).

But the fact is, vehicles equipped with self-driving features still require the full focus of the driver — whose hands and eyes should remain on the wheel and the road, respectively.

Disturbingly, the study reveals that drivers who use partial automation on a regular basis often treat their vehicles as fully self-driving despite widespread warnings and numerous high-profile crash reports.

Research indicates that early adopters of these systems have a poor understanding of the technology’s limits — leading many to multi-task behind the wheel, for example. However, IIHS notes that there are also clear differences between three specific owner populations — Cadillac, Nissan/Infiniti, and Tesla. So it is possible that system design and marketing are adding to these misconceptions.

Most of today’s partial automation systems consist of two main features that are designed to assist in highway driving — adaptive cruise control and lane centering. None of the current systems is designed to replace a human driver or to make it safe for a driver to perform other activities that take their focus away from the road.

To assess how frequent users view this budding technology, IIHS researchers surveyed around 600 Cadillac, Nissan/Infiniti, and Tesla owners who routinely use their vehicle’s partial automation system.

Although all three systems use sensors in the steering wheel to detect when the driver’s hands are on it, Cadillac’s Super Cruise is designed to allow drivers to take their hands off the wheel for extended periods, whereas the other two systems require drivers to keep their hands on the wheel essentially all the time. Super Cruise uses a driver-facing camera to monitor whether the driver is looking at the road, and as of 2021 Tesla’s Autopilot does as well.

The three systems use different methods to recall the attention of the driver when it strays as well as different escalation sequences and fail-safe measures. Only Autopilot and Super Cruise include a lockout feature that disables the system and prevents drivers from immediately restarting it as a final step in their escalation sequences.

The survey responses point to striking differences in how the systems’ owners use them, too.

Experts at IIHS believe both system design and marketing contributed to those differences in how owners actually use the technology and understand its capabilities. For instance, TV commercials for Super Cruise focus on its hands-free capabilities by depicting drivers patting their laps and clapping their hands along with a song.

Also noteworthy, approximately 40% of users of Autopilot and Super Cruise, the two systems with lockout features, reported that their systems had at some point switched off while they were driving and would not reactivate. Some of those drivers confused a temporary suspension of the feature with the lockout procedure. But those high percentages nevertheless suggest that many drivers failed to respond to warnings intended to ensure they were paying attention to the road or that they repeatedly violated the operating parameters often enough to trigger the lockout.

On the other end of the spectrum, a substantial portion of ProPILOT Assist users reported that they had never even received an attention reminder.

Finally, while a portion of drivers who received attention reminders said the alerts were at least somewhat annoying, the vast majority said they thought they were helpful and made them feel safer using the technology. System lockouts were also broadly accepted. IIHS experts say the good news is that these two features can be more widely implemented to help combat distracted driving.

The new Microsoft Designer is a DALL-E-powered Canva killer