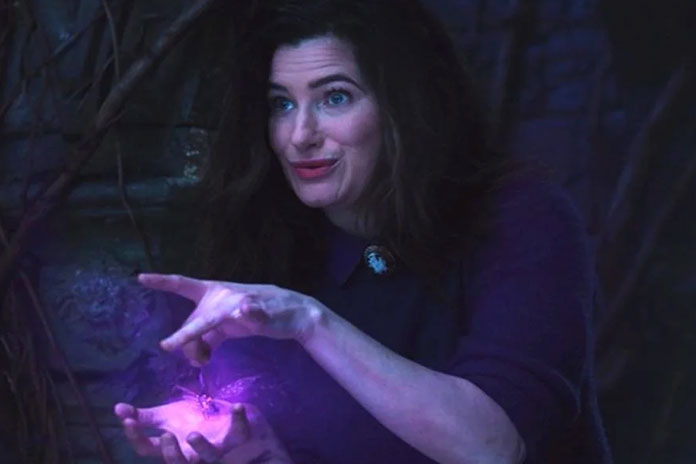 Agatha: Coven of Chaos
Actress Kathryn Hahn has offered an update about Marvel Studios’ forthcoming series “Agatha: Coven of Chaos,” saying the project is currently planning to start production around late November. Hahn reprises her “WandaVision” role of Agatha Harkness in the series which is expected to premiere late 2023. [Source: Twitter]

The Silent Hour
Joel Kinnaman will star in the Boston-set crime thriller “The Silent Hour” at AGC Studios. Brad Anderson (“The Machinist”) directs from a script by Dan Hall and filming begins in 2023.

Kinnaman plays a police detective who loses his hearing in an accident. Sixteen months later, he is now an interpreter for the police department and has to fight against a group of bad cops who are trying to kill the deaf witness to a murder in an apartment building. [Source: Variety]

In 2050, Tariq Geiger is a radioactive family man who will do anything to defend his family’s fallout shelter. Geiger risks the wrath of a criminal empire when he fights off a group of aggressive scavengers. [Source: Deadline]

Enola Holmes 2
Netflix has revealed a new set of character posters for the mystery adventure sequel “Enola Holmes 2” which will be available for streaming on November 4.

Meet the Holmeses—again! Enola, Sherlock, and Eudoria return for another captivating mystery with bigger, bolder stakes in Enola Holmes 2. pic.twitter.com/P3IcGLro4O